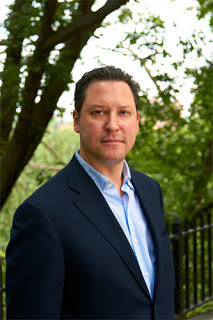 Adam Dunn is the editor, with Eric C. Anderson, of the story collection Fractus Europa. Dunn's other books include the novels Rivers of Gold and The Big Dogs, and his work has appeared in a variety of publications, including the San Francisco Chronicle and Inc.

Q: How did you and Eric C. Anderson end up editing this collection of stories, and how did you choose the authors and stories to include?

A: The anthology was Eric’s idea—a sort of graph of points charting societal collapse across a given region. And it made sense to me to let the denizens of that region do the storytelling. I still have my old dog-eared copy of The Life Stories of Undistinguished Americans As Told By Themselves, edited by Hamilton Holt (Routledge, 1990).

The final lineup of stories you see before you was the result of the editorial process, and Eric deserves most of the credit. 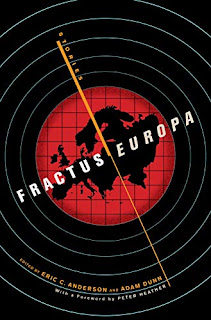 A: The main sequencing concern was to bookend the body of the text with the foreword and story by Peter Heather (The Fall of Rome), of King's College (London), and finish with Eric’s afterword. The rest just fell into place.

A: I originally chose Europa Fractus—Eric (the Ph.D.) set me straight on the usage. I wanted a Latin classification for something the Romans never provided—a name for the end of the world they’d created.

A: A warning. They are seeing the crumbling of the EU happening in real time now, even if it seems so slow as to not actually be happening. But it is.

A political union that was never a coherent fiscal one, a fractious trade bloc, riven with deep cultural and economic divisions from north to south, which is now (as in the fifth century) split and ill-equipped to cope with massive migration inflows that are already redrawing the post-9/11 map of the region…Europe needs a new processor, lest it be revert to its age-old pattern of dissolution and war.

A: The next novel in my “More” series—The Unfathomable Deep.

A: Books are our friends. They nourish the mind, and never stop giving. Keep reading. Books will see us through.