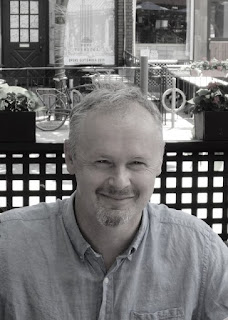 Tom Keymer is the author of the new book Jane Austen: Writing, Society, Politics. He is Chancellor Henry N.R. Jackman University Professor of English at the University of Toronto.

Q: Why did you decide to focus on the work of Jane Austen in your new book?

A: Well, who doesn’t love Jane Austen? I’ve always wanted to write a book about her fiction, and the novels are so rich and subtle that there’s always something new to say. It’s an introductory study that covers a lot of ground in I hope an accessible way.

But the book also gave me the chance to test out a few new ideas about her habits of composition, her relationship to the literary marketplace of her day (not at all straightforward), and her narrative technique (or let’s make that techniques in the plural – she’s such a versatile writer).

Above all, I’ve tried to clarify the clever indirection she uses to make her readers, then and now, think about issues underlying her plots from different points of view, sometimes conservative, sometimes radical, sometimes both at once.

Q: Why do you think Austen's work maintains such a strong hold over so many people two centuries after her death?

A: The answer you sometimes hear to that question is that Austen writes emotionally very satisfying romances. To which one should add that they’re intellectually very satisfying too – she constantly withholds or complicates judgment and so makes us think for ourselves.

Her novels observe the kind of courtship plot that the market demanded, and these are the expectations she had to fulfill in order to get published at all. They offer the pleasures of happy endings, deepened by the very intimate and nuanced representations of character opened up by her technical innovations, and these things are as appealing today as ever. 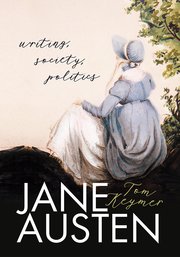 But I still don’t think that answer is quite enough. One thing that struck me on moving to the University of Toronto a few years ago, with our very diverse and international student body, is the extraordinary directness of Austen’s appeal to student-age readers from a whole range of cultures.

She writes with great sympathy and insight about characters navigating difficulties and constraints in highly regulated societies where an individual’s freedom of manoeuvre can be very limited.

It’s fascinating to see how directly she speaks across large differences of time and place to readers navigating comparable kinds of constraint in their own lives.

Q: What do you see as some of the most common perceptions and misconceptions about Austen?

A: Can I answer the misconceptions part of that? The limited range. People like to quote the letter where Austen describes herself as a miniaturist, talking about “the little bit (two inches wide) of ivory on which I work with so fine a brush, as produces little effect after much labour.”

Then there’s the letter where she advises a novel-writing niece (the niece isn’t stupid, but has obviously over-reached herself) that “3 or 4 Families in a Country Village is the very thing to work on.” So yes, she does achieve astonishing effects of small-scale nuance, and she does (sometimes, not always) write about families in country villages.

But you have to read between the lines with Austen, as her smartest readers like Virginia Woolf and Henry James always said, to grasp her full thematic range. In the book I’ve tried to illuminate that range and the subtlety with which she addresses it.

Q: Do you have a favorite among her novels?

A: I think it’s probably Sanditon. We have only about 20 percent of a full-length novel, in draft form, but you can feel the excitement as she writes. Probably also the sense of time running out, and Austen died a few months after ill health forced her to abandon work.

It’s completely an Austen novel but one that also sets out in bold new thematic directions: real-estate development, medical consumerism, the leisure industry, race. It’s also the best surviving example of a working Jane Austen manuscript, and you can see how cleverly she fine-tunes as she goes along. That signature effect of spontaneous lightness was actually the result of painstaking craft.

A: I’m writing a book about the 18th-century satirist Henry Fielding, whom Austen loved and learned some of her best tricks from.

I’m also finishing up an edition of Northanger Abbey for the Oxford World’s Classics series. I think it’s only when you sit down and write a complete set of explanatory notes to a text that you really understand the subtlety of what’s going on, and it’s an exercise I love doing.

Northanger Abbey is a novel about (among other things) consumerism and conspicuous consumption, not only in the voguish resort of Bath but also at the flashily renovated Abbey, but you need to tune into all the little details about Rumford stoves and Dresden china, that kind of thing, and the messages they give out.

Isabella Thorpe and General Tilney love their designer labels as much as any character in Sex in the City, but it’s so easy to let this kind of thing wash over you as you read and not understand what’s being said.

A: Yes: if you ever think you’ve made a bad mistake in your life, remember the publisher to whom Austen (via her father) offered the first version of Pride and Prejudice in 1797.

It was then called First Impressions, and it’s now of course one of the world’s best-loved novels. He rejected it by return of post, and Austen didn’t manage to get the novel published until 1813.

Then what happened to the manuscript? Think what it would be worth it today. But at the time novels didn’t have great prestige as literature, and the cult of the autograph was only just beginning. As soon as a novel had been set in type, the manuscript was typically discarded. Someone probably used the manuscript of Pride and Prejudice to light fires.