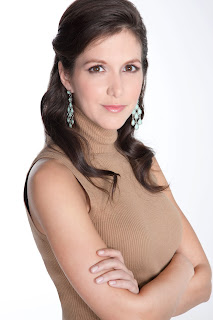 A.R. Torre is the author of the new novel Every Last Secret. She has written more than 20 novels under the name Alessandra Torre. She lives in Key West, Florida.

Q: How did you come up with the idea for Every Last Secret, and for your characters Cat and Neena?

A: I had a close friend who discovered that her husband was having an affair. We had a lot of secret phone calls as she dug deeper to find out what was really going on, and who this “other woman” was.

It made me examine my own relationship, and envision how my world would change, or how I would react, if I was put in a similar situation. As a writer, my mind went in a million directions, and Cat and William really bloomed from that. From the very first page, they grabbed ahold of the story and ran with it.

Q: The novel is told from both characters' alternating perspectives--did you focus more on one character's viewpoint as you wrote, or did you initially write the novel in the order in which it appears? 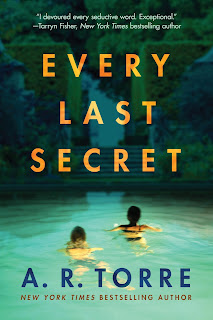 A: I wrote the story as it appears. That was, in part, because I was making it up as I went. But also, sometimes I needed a mental break from one character’s point of view and was itching to jump into the other character’s world.

Q: Why did you choose to write under a pseudonym?

A: A.R. Torre is my second pseudonym, Alessandra Torre was my first. And when I wrote my first book, I was pretty solidly convinced that it was terrible, I had no skill, and if anyone I ever knew read it, I would have crawled under a table and refused to come out. I needed the pseudonym to protect me—the real me—from that book. I wanted to publish it and be able to hide it from my world.

Now, of course, everyone who knows me knows about Alessandra. But the pseudonym is still a nice protection that makes me feel safe and protected, even if my life feels very public at times.

A: Enjoyment and escape and hopefully an ending that catches them by surprise.

A: The Good Lie is my next novel. It’s about a serial killer in Beverly Hills and a psychiatrist who knows more than she should.

A: When I’m not writing, I’m working with a group of authors on an artificial intelligence that is helping to revamp and improve the editorial process. It’s called Marlowe, and is available at www.authors.ai.