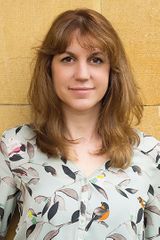 Claire Douglas is the author of the new novel Do Not Disturb. She lives in Bath, UK.

Q: How did you come up with the idea for Do Not Disturb, and for your character Kirsty?

A: I really wanted to write a thriller set in a guest house because my parents used to own one by the sea in South Devon in the UK. My mum had lots of fascinating stories about the customers who stayed and the day-to-day running of the guest house and it gave me the idea: what if someone staying at the guest house was murdered?

I wanted a main character who was strong and capable but who also found it hard to let go and who was a bit of a control freak. She also has a dark secret in her past that has made her the way she is in the present.

Q: As you mentioned, the novel is set in a guesthouse--in the Brecon Beacons in Wales. Can you say more about why you chose that as your setting?

A: I thought a guest house would be the perfect locked-room type setting because, essentially it is full of strangers.

Apart from some family members of Kirsty’s who come and stay, the rest of the guests are unknowns and I wanted to explore that sense of distrust and paranoia that comes with having strangers staying under your roof. 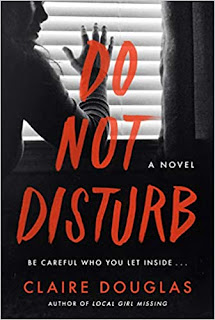 I chose the Brecon Beacons because they are beautiful but also very rural and wild and therefore as claustrophobic as the guest house.

A: I think most of us have had some experience of mental health issues – either ourselves or with those close to us – so can relate to the characters in the story.

On the surface it seems like it’s Kirsty’s husband, Adrian, who is the one suffering with mental health issues with his depression, but on closer inspection Kirsty realises that her over-protectiveness towards her daughters isn’t wholly healthy.

A: I hope readers feel a sense of creepiness and unease when reading the story but really the theme is motherhood and, when it comes down to it, what you would do to protect your family. I’d love it if readers discussed what they would do themselves in that situation.

A: I’ve just finished writing my seventh novel, another thriller, about a woman who inherits a cottage from her grandmother and, while carrying out renovations, discovers two skeletons in the back garden that date back to when her grandmother lived there.

A: My next thriller to be published in the US is called Then She Vanishes and is out next summer. It’s about a journalist called Jess who returns to her home town after her childhood friend, Heather, violently kills two people.

Jess can’t understand why mild-mannered Heather, now a wife and mother, would murder, seemingly at random, two strangers. It’s a whodunnit as well as a whydunnit and I think that, out of all my books, I enjoyed writing this one the most.