Gareth Russell is the author of the new book The Ship of Dreams: The Sinking of the Titanic and the End of the Edwardian Era. His other books include Young and Damned and Fair and An Illustrated Introduction to the Tudors. He lives in Belfast, Northern Ireland.

Q: Why did you decide to write this book about the Titanic, and what do you think accounts for the ongoing fascination with the ship and its fate?

A: I was born and grew up in Belfast, the city where the Titanic was built.

My great-grandfather, Tommy, told me stories of seeing the ship leave Belfast in April 1912, as well as of the grief his father, and thousands of others, felt when news broke that "the great ship, Titanic," as they called it, had sunk on its inaugural voyage with such a heavy loss of life.

So, I've grown up with the Titanic and as I've developed as a historian I wanted to marry the two - the Titanic's tragedy into the wider world that created, and destroyed, the ship.

Q: You focus on six people in the book--how did you choose them, and what do you think each represents?

A: Great question. The book focusses mainly on six passengers, all from First Class.

That, in itself, was a selection of sorts which I should explain: firstly, I am fascinated by what makes privilege form, sustainable, and precarious, then how it behaves when it begins to disintegrate. With the Titanic sailing on the eve of an era, with a cataclysm round the corner, modernity was shaking the class system.

Secondly, and more pragmatically, the upper classes at the time left far more material remains by way of letters and writing than passengers in Second or Third Class, which meant that inevitably if I set a First Class life alongside a narrative of a passenger from Second or Third, the latter would be less full in terms of detail, which I didn't think was especially fair - nor satisfying for a reader. 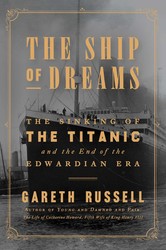 That was because I wanted to really focus in, to show the elite as being a relatively heterogeneous group, which they were.

I made a brief chart of the six kinds of "wealth" that existed in the 1910s, then went through the Passenger List to lift out the names of individuals who might correlate to that bit of society.

Then, I researched those individuals and narrowed it down based on how interesting and relevant they were. I wanted each life I focused on to tell a fascinating personal story but also to be a window into their class.

The Countess of Rothes - suffragette, socialite, Red Cross nurse -  represented the old world of the aristocracy.

Thomas Andrews, the ship's designer, was a "son of the British Empire," a man whose family had unambiguously benefitted from the industrial expansion offered by Victorian and then Edwardian Britain. (He also grew up in the town where I practiced for two of my failed driving tests, and one of the successful, in Northern Ireland. So, it's always nice to have a connection!)

John Thayer was a plutocrat, a participant in the age of the American railway tycoon, as America rose to become the greatest economic superpower on earth, a process which looked set to guarantee security for the next generation, symbolised by his son, Jack, who was travelling on board with him.

There was a new kind of privilege emerging in the form of celebrity, so silent movie star and model Dorothy Gibson was picked for that - and what a life she had! 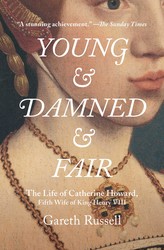 Finally, I wanted to show that being in the upper classes didn't safeguard everyone in it from some of the horrible prejudices of the era, hence Ida Straus, first-generation American, philanthropist, and ardent campaigner against anti-Semitism. Put together, I hope they give a feel of the extraordinary changes happening in 1912.

A: I started with timelines, constructing an hour by hour timetable of the voyage and, crucially, the sinking. I checked deck plans and everything I could on the Titanic.

But there are two forces mentioned in the subtitle, so I then went off to research private letters as well as social histories of the forces I was dealing with that impacted my chosen figures - the question of Irish independence, the decline of the British aristocracy, how movies were made in 1911 and 1912, how Jewish immigrants experienced life in America before the First World War.

I had great fun reading travel guides for first-class passengers, some of which are still preserved in the Bodleian Library at Oxford. I reached out to people and societies with private archives, like the Straus Historical Society, who could not have been more helpful nor encouraging.

So much surprised me, but truth be told it was the letters of eyewitnesses which, twice, made me cry and I'm not much of a cryer.

Once, I found a tear on my face while sitting in a Belfast library, reading about a woman who realised both her children had drowned. This might sound absurd, but: the overwhelming pummelling impact of the trauma on the survivors stripped a lot of the glamour from the Titanic for me - and that's a good thing. 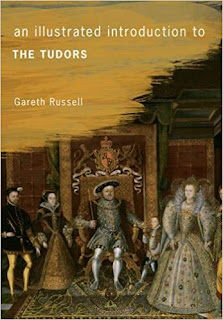 I was also very surprised to discover that Isidor Straus, who served as a Democratic congressman for New York's 18th and co-owned Macy's, had also been a blockade runner for the Confederacy during the Civil War.

It showed me how convoluted and complex identities could be, as well as the moral quagmire of History. It was a fascinating story, which I relate in full - and, I hope, sensitively - in the book.

Q: The book's subtitle is "The Sinking of the Titanic and the End of the Edwardian Era." How would you describe the relationship between the ship's sinking and the end of the era marked by the life of England's King Edward VII, who had died two years earlier?

A: That's a really interesting point, because Edward VII died in 1910, as you say.

I describe his funeral in chapter one, because the Countess of Rothes attended it, and also because it was the symbolic, but not actual, end of the era. In much the same way as the Titanic was a symbolic shattering of Edwardian values but not their actual finale, I suppose.

It's very interesting, and telling I think, that we still refer to it as the Edwardian era up until the Great War broke out in 1914. Even though Edward's son, George V, was king for four of those years, I think the era remained tied to the image of Edward VII in its opulence and confidence, even as it sank into its twilight.

And it's that confidence and opulence which made ship like the Titanic possible - she was a symbol of ocean-going might, yet she sank disastrously. She was born from Edwardian confidence, yet her ending tapped into and exacerbated the fears, the collective neuroses, lurking beneath that confidence.

A: I've a few ideas and the luxury of a little time, so I'm weighing up what to commit to next. It's a huge chunk of your life, because you live for years with whatever you're writing. So, one or two ideas which I'm narrowing down soon!