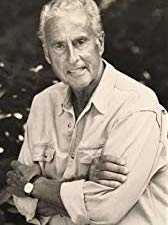 Stanley E. Flink is the author of the new book Due Diligence and the News: Searching for a Moral Compass in the Digital Age.  His other books include Sentinel Under Siege. A longtime journalist, he also taught at New York University and Yale University. He lives in Connecticut.

Q: Why did you decide to write this book, and who did you see as the ideal readership?

A: I taught a seminar called “Ethics and the Media” for more than 30 years, starting at NYU Journalism School and then at Yale University. I became increasingly aware, during that period, how little the students knew about early American history, the Constitution, and the ethical principles of journalism.

I decided to compile a series of essays that lay out key events, and seminal views, in the history of free expression in America. This took me from the colonial years to the modern digital era. Some issues endure, others enter through the digital instruments.

The transition from traditional media to the large data platforms is both dramatic and complex. Artificial intelligence is already altering reality.

Above all, I wanted to try to convey the problems of maintaining high moral standards while competing in the market and meeting deadlines. The roots of journalistic ethics have not found fertile soil in the growth and expansion of communication.

As to the audience---I thought first of senior year in high school but surely college years must be included.

I also discovered, when I was asked to teach a seminar on the media at the lifecare community I live in now, that many people in their late 80s and early 90s are intensely interested in the topic and its technology. I would like to think that anyone who is intellectually curious about journalism will find these essays provocative and useful.

Q: At age 95, you have seen many changes in the news business. What would you say are some of the most important?

A: I believe that establishing ethical standards has been a persistent problem for journalism, and in some ways has become singularly important in the environment of modern technology.

The computer and all its applications have challenged the principles needed to keep journalism free, responsible and independent. It has also fragmented the press as a business and made it vulnerable to all kinds of distortions and misuse---witness the power of the internet platforms that control so much of what we call data. 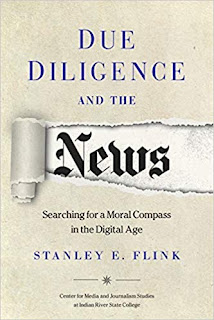 I am frequently reminded that the press is the only privately owned, profit-seeking business in our society that has a Constitutional protection---namely, the First Amendment. The burden of responsibility that flows from that protection has changed greatly over the years, but the challenge to do the right thing in a competitive free enterprise remains largely the same today as it did in Ben Franklin’s day.

Franklin was one of the earliest advocates to support journalistic ethics, but he was, of course, publishing a newspaper in a time when the technology was far simpler and the circulation vastly smaller.

The very nature of communication in these times provides such an immense audience that the size alone has a profound influence in how it is used to shape public opinion.

Probably the single greatest change in the media is the ability of the current technology to collect data, analyze its content, and use targeted information for dishonest purposes.

“Media literacy” is a phrase that frequently arises. The study of how digital instruments have affected journalism, and how deliberate distortion and manipulation can be identified, is a much needed development. In other words---"due diligence” is necessary in determining who are the trustworthy purveyors of news in public information.

Q: What impact do you think it has on the press to be called “enemies of the people” by the president of the United States?

A: Obviously, the president’s hostility towards the press, and his attempts to intimidate it, have chilled the energy and commitment to get at the truth.

However, the president is not the only force working against the press. Despots the world over have always seized the radio and television stations, the newspapers, and now the internet wherever possible when they take over a government. A free and responsible press remains vital for the survival of democracy, but that has been the case since the invention of the printing press.

The most confounding challenge today is the erosion of truth in public affairs. Truth has become irrelevant in the digital ferment. Devices such as social media make it possible for people to select their preferred reality rather than trusting fact-based evidence.

The president clearly made the concept of “fake news” a fashionable complaint for many people who prefer one view over another---despite the facts. 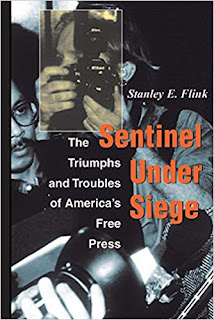 I spent time in my book talking about the loss of trust in our institutions, in ourselves, and in our democracy.

One point that received too little consideration from the commentators over the years is the fact that the influence and control of the large data platforms has created an environment so different from any other in our history that the most knowledgeable and thoughtful practitioners in the journalism field have had to think about creating a whole new set of restraints and regulations that will somehow manage to discipline what seems to be an uncontrollable influence.

Q: What do you see looking ahead when it comes to the role of the press in the U.S.?

A: We all know the press has a critical role in the function of democracy. That has been true since the founding of the country.

However, its role in the future will be more important and more difficult than most of us can envision. The innovative, expansive technology has to be mastered and somehow controlled without diminishing its freedom and creativity.

The political impact and the effect of digital mechanisms on all of our lives---socially, politically, intellectually, and morally---are so extensive and deep-running that the management and administration of the press, along with many other enterprises in a free society, will need to be restructured.

A: I am trying to develop a program dealing with the concept of a “moral compass” and how it can contribute to responsible journalism. The object would be to provide a place for ethical principles in journalism that can be adapted to the communication instruments and requirements of the digital age.

The question becomes---how will the principles of responsible journalism be adapted to the nature of the internet, and the massive capacity of the data companies? And how will the legal system accommodate the issues and disputes that are continually emerging out of the debates over privacy, targeted advertising, and deliberate falsehoods?

A: I hope to be around long enough to learn whether human society and deep learning machines can live together.