Q&A with Tina May Hall 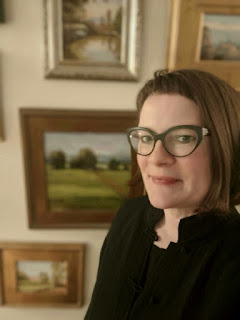 Tina May Hall is the author of the new novel The Snow Collectors. She also has written The Physics of Imaginary Objects and All the Day's Sad Stories, and her work has appeared in a variety of publications, including SmokeLong Quarterly and The Collagist. She teaches at Hamilton College, and she lives in New Hartford, N.Y.

Q: How did you come up with the idea for The Snow Collectors, and for your character Henna?

A: The idea for the book came from research I was doing on Lady Jane Franklin, who was the wife of Sir John Franklin (whose 1845 expedition is referenced below). I really thought the book would mainly be about Lady Jane.

Then the idea of a present-day or slightly futuristic plotline came to mind, and I thought it would be a rather evenly-split dual narrative in the vein of A.S. Byatt’s Possession.

But as I wrote, I got more and more interested in Henna’s world, which is our world set very slightly in the future and is a landscape on the precipice of environmental collapse. I was really captivated by the idea of Henna navigating an eco-gothic world that is suffused with loss even as she tries to make sense of the smaller losses she is mourning.

Q: Why did you decide to include the 1845 Franklin expedition of the Arctic in the novel, and how did you research it?

A: When I happened on some of Lady Jane Franklin’s journals and notes in the archives at the University of Hawaii at Manoa, I actually didn’t know she was the wife of Sir John Franklin and was most interested in her as a Victorian lady traveller. 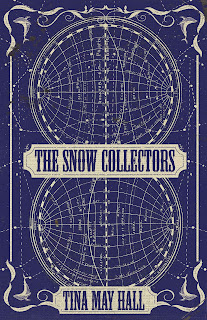 Of course, I rapidly realized the connection to the most famous Arctic expedition of all time and became intrigued by Jane Franklin’s role in haranguing the British Admiralty and American industrialists to send ships out into the ice to look for her husband.

I also quickly found out that far more illustrious writers than I have written about the Franklin Expedition (Charles Dickens, Andrea Barrett, Clive Cussler, and many more), which was a bit daunting, but I felt like my focus on Lady Jane was somewhat unusual.

For research, I read many books and maps and trip logs, of course.

I traveled to the Scott Polar Research Institute in Cambridge, UK, where they hold the majority of Jane Franklin’s diaries and correspondence. During that trip, I also visited the National Maritime Museum at Greenwich, which has a great collection of artifacts found in the search for Franklin’s lost ships.

As I was writing the book, a wonderful biography of Jane Franklin came out, called Lady Franklin’s Revenge, which was enormously helpful, especially since her handwriting is very small and cramped.

And, rather miraculously, as the book was going through revisions, Franklin’s lost ships were found, after over 150 years of searching. This was an exciting development, and I made two trips to the Canadian Museum of History in Gatineau to view their exhibit of items dragged up out of the Arctic waters.

Q: What did you see as the right blend between the fictional and the historical as you worked on the book? 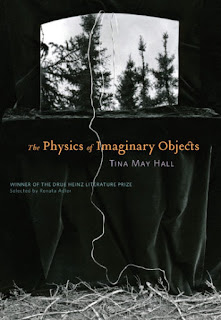 A: I have to say that as I wrote and revised, the historical material (upon which I had spent so much time!) became a smaller and smaller part of the book.

However, it serves as a backdrop and an engine for the present action in the story and seemed essential for a tale that is considering life in a world where most of the blank spaces on the map have been filled in and now the map is disintegrating before our very eyes.

I did take large liberties with the historical data to resolve the “mystery” of the novel, which was a rather delightful and frightening leap to make.

A: I’m the kind of writer that starts with an image or a line (otherwise known as someone who should maybe stick to short stories), so the twists and turns of the plot were discovered as I wrote and revised.

It was both an exciting and frustrating process but definitely contributed to the sense of exploration as I moved further into the narrative and started layering the threads and details over each other.

A: I have been writing a series of flash fiction pieces based on the fictional “extinction museum” that pops up in The Snow Collectors. I’m also partway through a draft of a new novel that is concerned with perfume, 3D-printed bodies, and abandoned mansions in the Thousand Islands.

A: Just a plug for Mary Stewart, whose Gothic romances have long been an indulgence that I try to wink at here in this novel. And thank you for the wonderful questions!