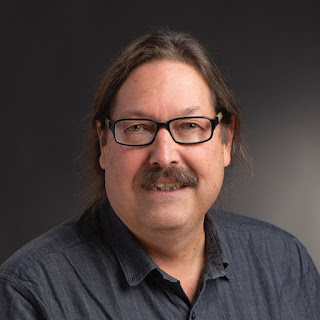 Denis Defibaugh is the author of the new book of photography North by Nuuk: Greenland After Rockwell Kent. His other book is The Day of the Dead. He is a professor of photography at Rochester Institute of Technology in Rochester, N.Y.

Q: How did you come up with the idea for North by Nuuk, and what inspired you about the work of artist Rockwell Kent?

A: I always had an interest in Rockwell Kent. His woodcut illustrations that he created for the Moby Dick publication of 1930 are amazing, historic, and prolific. The quality of his graphic art work always inspired.

While visiting the SUNY Plattsburgh Rockwell Kent Museum I was introduced to Kent’s photographs of Greenland and the lanternslides that he made following his visits to Greenland. These lanternslides were delicately housed in several small wooden boxes. Each one was like a gem as I viewed them on a lightbox.

This increased my curiosity about Kent in Greenland and my traveling to Greenland as a comparative study. I was inspired by the remote location of Kent’s photographs, the people that Kent so fondly described in his writings, and my intrigue with the idea of living in Kent’s “frozen Eden.”

The title, North by Nuuk, Greenland after Rockwell Kent, was derived from N by E, Kent’s first book that he wrote about his Greenland experiences. 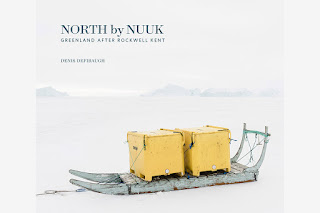 Q: How did you select the photographs that appear in the book?

A: A long process of editing with the help of many people brought together photographs that represented the primal landscape, cultural landscape, and people of Greenland in the four communities that I lived and photographed.

After editing to 300-500 images I was helped by editors Whitney Tressel, Ken Geiger, and photographer Gregory Halpern to finalize the edit for the book.

Q: What do you think the book says about Greenland and its people?

A: I hope the book shows the resourcefulness of the Inuit people, the immense beauty of Greenland, and the Inuit culture and lifestyle.

A: Fifteen months of living in Greenland enabled an unforgettable life experience in the communities that I photographed.

My total engagement with Inuits in their work, play, celebrations, joys, sadness, and daily life enriched my research commitment. I photographed every day in Greenland while experiencing dog sledging, fishing, hunting, kaffemiks, frozen fjords, the arts, culture, and life from quiet settlements of 70 people to vibrant and contemporary Nuuk.

In addition, the project team and I worked with communities and taught eight photography workshops to Inuit students in middle schools with the support of their teachers. Nikon provided cameras and we provided photo basics. The students had about two weeks to photograph their families, friends, and community. 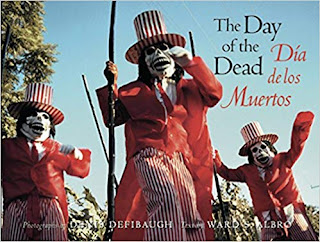 At the end of the two-to-four-week workshops I printed photographs from every student for an exhibition at their school. This became a very popular event. It helped the community learn about our research project and for us to learn about the community. We worked with over 140 students during the workshops.

A: I am still working on this project to gain exhibition opportunities, to promote the book and exhibition, and to send books to many of the people that supported the project.

I hope to produce a photobook of ICE from additional photographs from Greenland. And possibly a book that is more abstract. A study of an ancient glacial runoff flat near Kangerlussuaq, Greenland.

A: While my research and photography was directed at the culture and landscape of Greenland, there is much to be said about climate change that is surely affecting the island and its ice cap.

Settlements have been evacuated due to unstable mountains and melting permafrost that has threatened the safety of some areas. The hunting and fishing culture of Greenland is changing and Inuits are adapting to these changes.