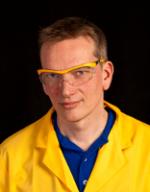 Peter Wothers is the author of the new book Antimony, Gold, and Jupiter's Wolf: How the Elements Were Named. He is a teaching fellow in the Department of Chemistry, University of Cambridge, and a fellow and director of studies at St. Catharine's College.

Q: How did you come up with the idea for this book, and over how long a period did you work on it?

A: I have been fascinated with the early history of chemistry for many years, ever since I bought my first 19th century chemistry book as a teenager.

I became more and more interested in the beginnings of modern chemistry centred around the late 18th century which saw the introduction of our modern nomenclature.  The book gradually grew out a lecture I first gave back in the ‘90s! 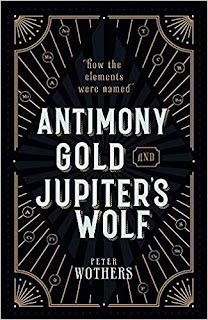 Q: How did you conduct your research for the book, and did you learn anything that especially surprised you?

A: Over the decades, my book collection grew to now over 1,000 rare early texts and these provide much of the material/stories that feature in the book.
I was especially keen to quote the original sources so we could hear from the people involved in their own words, as far as possible.

Many years ago, when I was talking with my cousin about some of the ideas for the book, we suddenly realised that the two names oxygen and hydrogen would actually be more appropriate if they were swapped around. This became the idea of the chapter “H two O to O two H”.

On further research, I was really surprised that it was suggested by in the 1780s that the word “hydrogen” would be more appropriate for the element we now call oxygen since most of the mass of a molecule of water is due to the single atom of oxygen.

Q: Of all the stories involving the elements' names, are there one or two that you found particularly fascinating?

A: I have always enjoyed the story of phosphorus — literally "the light carrier.”

What is interesting is how the element was discovered and was initially taken to be another, far more effective, example of a substance that emitted light. Unlike the other examples known at the time which needed to be “charged up” with light before they would re-emit light, this substance glowed all by itself.

Q: The book also includes illustrations--how were those selected?

A: Almost all of the images were taken from woodcuts or engravings from books in my own collection. They were images that I thought really enhanced the point I was making. Some of them are pretty odd-looking on first glance and seemingly have very little to do with chemistry!

A: Whilst gradually accumulating material for my next project, at the moment I have to focus on the day job — lecturing modern chemistry to our students!