Megan Kate Nelson is the author of the new book The Three-Cornered War: The Union, the Confederacy, and Native Peoples in the Fight for the West. She also has written the books Ruin Nation and Trembling Earth, and her work has appeared in a variety of publications, including The Washington Post and Smithsonian.

Q: Why did you decide to focus on the Civil War in the Western states, and why do you think this subject has not been covered as extensively as the impact further east?

A: I am from Colorado, and when I found out that there were battles between Union and Confederate forces in New Mexico, and that Colorado soldiers were vital to the Union’s victory there, I was astonished.

When I dug a little deeper and found out how indigenous peoples were involved in every aspect of the Civil War in the West, I knew I had to write about it. A handful of military historians have written books about this theater of the war, but no one had yet written a narrative history of the Civil War West, accessible to general readers.

There are a few reasons that the conflicts in this theater are so little known. One is that Civil War historians, in their work on the military, social, and political histories of the war, have focused overwhelmingly on the eastern theater, and only to some extent on the Trans-Mississippi West.

Because of this, most histories of the war include maps that just end at the 100th meridian, which is the eastern border of the far West. This suggests that 40 percent of the land mass of the United States did not even exist during the war. And because of this, historians tend to refer to the Trans-Mississippi theater as “the West,” which leads people to think, “what could be farther west than West?”

In western histories, too, the Civil War is a kind of blank space in the middle of the narrative. There has been a lot of work on the history of mining, on the importance of federal power in the West, and on the assertion of Native sovereignties in those contexts, but usually in the 1840s and ‘50s, and then in the 1870s and ‘80s. 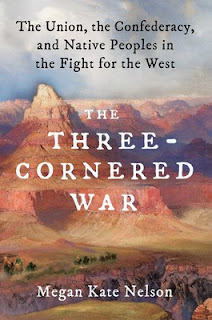 I suspect this is a reverberation of the marginalization of the far West and Native participation in Civil War history. It could also be due to the fact that the Civil War evolved differently in different places in the far West. Some Anglo and indigenous communities were heavily involved—like those I write about in The Three-Cornered War—and others were minimally involved. This complexity is challenging to integrate into a longer western history narrative.

What I want readers of The Three-Cornered War to take away from the book is that the Civil War ultimately impacted all communities in the far West. It was a watershed moment that we need to talk more about.

Q: What impact do you think the Civil War had on the West?

A: Many historians point to the Indian Wars of the 1870s and 1880s as the pivotal moment in the history of the West, and of the relationship between indigenous groups and the federal government. But this process began earlier, as part of the Civil War.

Again, the war’s impact varied across the space and time. But in the Southwest, the Civil War brought thousands of Union soldiers into the region, many more than had been posted there before the war. After they succeeded in pushing the Confederates back to Texas in the spring and summer of 1862, they still had two years left to serve the Union.

James Henry Carleton, the commander of the Department of New Mexico, used them to fight Apaches and Navajos, forcing the former to scatter and the latter to surrender to the Union Army. These campaigns were important moments in the histories of these indigenous groups, and of the West as a region. 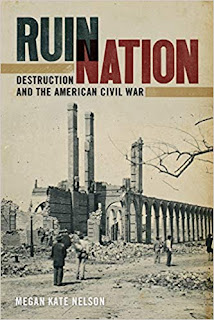 The Union victory over the Confederates and their Indian campaigns also cleared the way for the Republican Congress to pass a series of measures to promote white settlement and development of the West: the Homestead Act, the Pacific Railway Acts, the Morrill Land Grant Act, and the creation of the Department of Agriculture.

The Department of the Interior also funded mineral surveys across the West during the war, providing valuable information about the region’s natural resources that Republicans used to justify their campaigns against Native peoples.

A: I began by reading all of the work that military historians and Native American historians had written. Then I went to the archives. In 2014, I drove from Boston to Colorado, and did research at libraries there, and in New Mexico, Arizona, and Texas.

I also visited every single site I write about in The Three-Cornered War. I am an environmental historian, and so I am always interested in the ways that landscapes shape warfare, and how warfare changes the land (or doesn’t). Being there helps me to understand that relationship.

I also benefited from the rapid proliferation of digitization projects since then, and I was able to access military records, photographs, and New Mexico newspapers after I returned from that trip.

I think I was most surprised at how many “marks of war” still exist in the Southwest. The ruins of several major forts, including Forts Bowie, Union, and Craig, are still standing and open to the public.

I was able to visit Canyon de Chelly and Bosque Redondo, two sites of great importance to Navajos and the history of the Civil War West. And the obelisk that Santa Fe residents erected to memorialize the Union war effort—against Confederates and Apaches and Navajos—still stands in the center of the Santa Fe Plaza, which itself is the product of the labor of Civil War soldiers. 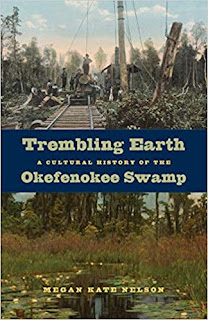 And yet so few people visit these places, or understand what they mean. This is part of the reason I felt I had to write The Three-Cornered War.

A: I hope that readers will finish the book understanding several important points:

That the Civil War was a conflict that involved the North, the South, and the West.

That the war’s first multiracial regiment fought in this theater: the 1st New Mexico had Anglo and Hispano officers and soldiers, and some Native scouts and spies.

That the Union fought simultaneously for emancipation of enslaved peoples in the East, and the extermination and/or removal of Native peoples in the West. They did not believe these aims to be contradictory. Instead, they believed them both to be vital to the Union’s vision of an empire of free labor.

I also hope that readers finish The Three-Cornered War thinking it was a really great read.

A: I am currently researching and writing the history of the first scientific survey of Yellowstone in the summer of 1871. This survey led to the passage of the Yellowstone Act of 1872, which created the first national park in the world. It’s a kind of sequel to The Three-Cornered War in many ways, and argues for the significance of western conquest as a Reconstruction act.

A: Readers should know that The Three-Cornered War is not written like a traditional history book. The story of the Civil War West involves many different communities in conflict across hundreds and often thousands of miles, and so I felt I had to find a new way to tell it.

The book puts the reader “on the ground” with nine different people, as they struggle for control of the Civil War West. It is a multi-perspective narrative, a story-telling strategy much more common in novels than in history books.

Most of the chapters follow one person (and are entitled accordingly), and readers come back to these individuals multiple times in the book. There are three chapters—all of them battles—in which several of the book’s “protagonists” come together, and readers see those events from all of their perspectives.

My hope is that this approach conveys the complexity and interconnectedness of southwestern communities involved in the Civil War. and that it propels readers through the book as they become invested in these real people and their fates.