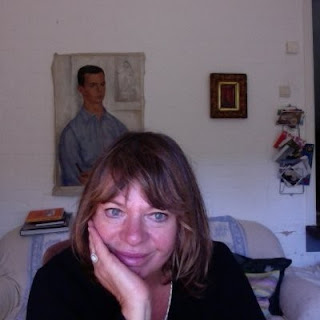 Brigid Grauman is the author of the new book Uncle Otto's Puppet Theatre: A Jewish Family Saga. She spent many years as a Brussels-based journalist, where she was editor-in-chief of the English language weekly The Bulletin.

Q: Why did you decide to write this book about your family, and what impact did writing it have on you?

A: There were several reasons. The first was that I had always felt rootless, as had my parents themselves.

My father was born in Vienna but left with his parents when the Nazis marched in, and so lived the life of an exile. His mother-tongue was German, his passport was American, he settled in France after my parents’ marriage broke up, and married a French woman, and then another.

My mother was Irish, and left London as a very young woman because she felt stifled there. She and my father settled in Geneva, as two young people without family nearby.

As for the Jewish side of things, my father who was Jewish didn’t feel Jewish because he hadn’t been brought up in that tradition. My highly romantic mother wasn’t Jewish, but she espoused causes and ideals, and took us to live in Israel. As a result, my sister and I were neither French, nor English, nor Jewish, nor Catholic, nor anything really.

We never knew three of our grandparents, and the fourth, our paternal grandmother, lived far away in Vineland, New Jersey.

Writing the book didn’t help me discover an identity, but it allowed me to put into words - and that’s the business I am in - a story I had always felt belonged to others and had now made my own. As any journalist knows, you only know a story when you’ve written it.

The other reason I wrote the book is that I had the rare privilege of owning seven family memoirs. It turned out that my family was highly literate, wrote poems, performed plays, and loved to write.

My father gave me the first set of these memoirs, saying without conviction, “You may be interested in this.” Then the others came into my hands in various ways.

Over the years I realised that they contained rare insights into a whole historical period, from life in the Jewish quarter of a town in Moravia, in what is now the Czech Republic, to life in Vienna at the turn of the 20th century, on to the Anschluss and after. 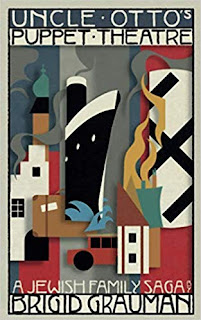 I felt that I had a duty towards these forebears, and that I wanted to take up the challenge of conveying what it meant to be this particular Jewish family. I feel very appeased at having met the challenge.

Q: You begin the book by writing, "My ancestors were all migrants." Why did you choose to start with that description?

A: What struck me as I was writing Uncle Otto is how much the stories of my ancestors still resonate today.

When my Viennese grandfather arrived in New York, a man in his 50s with a very small pension from his former job as an international lawyer, he was a nobody. His professional qualifications meant nothing, and he got work packing crates in a bookshop.

The plight of Syrian doctors in Sweden who are refugees but must wait for years before they are allowed to work reminds me of him.

Those who leave Afghanistan, Syria, or Africa are taking a huge step into the unknown to find a safer or a better life for themselves and their children. Some flee war and others terrible poverty, but all have to adapt to an unfamiliar society where they are not always welcome.

Look at the inhuman conditions under which the refugees on the Greek island of Lesbos are expected to live. My father used to say that being born in the right place at the right time was a matter of luck. How right he was.

Most of us are the children of migrants, somewhere back in the past. Of the people in my family who got out of Austria and Czechoslovakia in time, those who were no longer young saw their lives broken in half. The younger generation, like my father’s, may have experienced their new lives as an adventure, but they were not left psychologically unscathed.

A: I read a lot around the book because I wanted to contextualise my family’s stories, both within their historical and the cultural environments. I read history and the Austrian novelists, Schnitzler, Zweig, Musil, Altenberg and many others.

I discovered the eccentric Altenberg when I was researching the phenomenon of “human zoos,” those villages of exotic people who travelled around Europe like circuses. One of these visited Vienna, which is why my great-grandfather joked that my dark-skinned and frizzy-haired grandmother had been mistakenly swapped at birth for an Ashanti.

Altenberg, who had a rather suspect fondness for young girls, was also fascinated by the Ashantis, and wrote short stories about them.

The most surprising thing I discovered through my research was the story of one of my father’s aunts. He had mentioned her as a crazy aunt who had spent time in Vienna’s big psychiatric hospital, and who had been killed by the Nazis.

I later discovered that her son had written a short memoir of her life. Suddenly this woman became a real person in my eyes, a woman of culture and sensitivity who had hoped desperately to be able to join her son in London, but ended up on a train from Italy to Auschwitz where she died.

When trying to recreate a person, you realise how very approximate that attempt will be, no matter how great your empathy. I hope I have done these people justice, even if I will never know how close I actually got to who they really were.

Comparing memoirs, when two people write of the same private event, shows how memory plays tricks. Some events will be remembered wrongly, others will be deliberately distorted.

One of my older relatives actually drew himself into the puppet theatre because he so wanted to be part of that story. In fact, neither he nor his parents were there.

A: My great-uncle Otto was an artist in Vienna, and in the summer of 1932 made a toy puppet theatre for the entertainment of family and friends.

The story it told was an absurd wild-goose-chase involving my grandfather’s car. It was a musical play, with many songs, as Otto’s girlfriend was a professional pianist and composer of light music, and he himself was a passable violinist. The characters in the play included most of my memoir writers.

After the German annexation of Austria, the toy theatre travelled from Vienna to London, the script went to New York but was confiscated at customs and lost forever. For many years the painted figurines and sets were kept in a cupboard in Wales, but now I have it or what is left of it.

It evokes the resilience of things, when so many people are gone, so many killed by the Nazis, and yet this flimsy toy built for a few afternoons’ entertainment had survived. This seemed almost magical.

A: On something completely different; a book about the Belgian Congo, the years from 1908 when King Leopold II gave his private domain to his country, Belgium, until independence in 1960.

Having spent most of my life in Belgium, I was always aware of how the Belgian colony touched the lives of so many people I knew. They all had a relative who had lived there, a grandfather, an uncle, a brother, and I found that fascinating.

There are many stories to tell of a colonial power that isn’t well known in the Anglo-Saxon world, except for the terrible tales of violence under King Leopold.

I certainly don’t plan to defend colonial times, but I’d like to dispel some persistent myths to show that Belgium was in some ways, and despite the common assumption, one of the more enlightened colonial powers.

A: I decided to take the self-publishing route for Uncle Otto because the publishing industry has become very cautious. I felt like doing it myself, and so far I’ve been happy to have made this choice.

I commissioned the cover from a London illustrator, Lewis Heriz, who is first rate.

Now I am trying to find creative ways of reaching a readership. So far, reactions have been enthusiastic. The only problem is that to buy it you have to go online to Amazon. You won’t find it in bookshops.