Alena Dillon is the author of the new novel Mercy House. She also has written the humor collection I Thought We Agreed to Pee in the Ocean, and her work has appeared in a variety of publications, including LitHub and River Teeth. She lives in the Boston area.

Q: Why did you decide to focus your novel around nuns, and how did you come up with the idea for Sister Evelyn?

A: When I worked at St. Joseph’s College, I was surrounded by sisters who challenged my perception of what it meant to be a holy person. They weren’t dry or dull. They were enterprising, wry, competitive, and so very dedicated to their mission, which made the Apostolic Visitation, an investigation of nuns conducted by the Vatican in 2010, sound all the more unjust.

The character of Sister Evelyn is, like so many characters, a composite of several people and my own imagination, but she is in large part inspired by a religious sister from the college who worked a night shift at a woman’s shelter and groaned every time the doorbell rang because it meant she had to get out of bed. That anecdote became my opening scene.

Q: The novel is set in the Bedford-Stuyvesant neighborhood. How important is setting to you in your work? 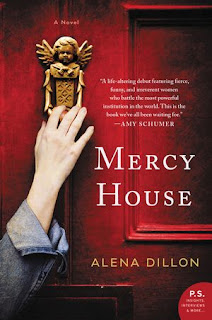 A: The story is set in Brooklyn partly because St. Joseph’s College has a Brooklyn campus and I have limited creativity, and partly because I began writing the novel when I moved away from New York City and missed the bustling atmosphere.

Setting does tend to be a significant factor in all my stories, though. It plays not a small part in determining mood, influencing character, and presenting opportunity for conflict.

A: I did a lot of reading before I began to write—mainly memoirs by nuns or former nuns as well as Catholic and secular media coverage of the Apostolic Visitation.

I was surprised by the amount of rules nuns had to abide before the switch to Vatican II, including keeping silent except for two 45-minute periods of chatter a day, limited communication with family, and no Chopin because it was considered too sexy.

On a more somber note, I was also deeply disturbed by reports of abuse, including a single congregation in Africa with 29 pregnancies as a result of priests raping nuns. 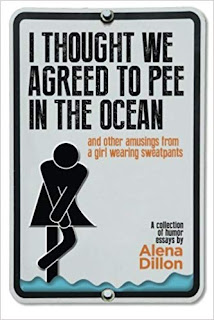 A: Aside from the impulse to review it favorably and maybe even buy a copy for a friend? I hope they are inspired by and connected to the characters. I hope they find the narrative compelling. I hope they interpret the book as a censure of individuals inside a faith rather than the faith itself. But most importantly, I hope they feel emotionally stirred. Then I will have done my job.

A: I am so grateful to have a second book set for publication by William Morrow in April 2021. This novel is about a young gymnast who must sacrifice everything and endure the unimaginable in order to pursue Olympic glory. I’m currently in the heat of revisions and feeling good about them.

A: Since I imagine some of your readers are also writers, I want to admit that this manuscript, or a version of it, was sent to many, MANY agents, and then many editors as well, before it found its home. And several manuscripts came before this one.

In my experience, the only difference between a writer and an author is a good set of advocates.