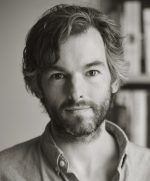 Henry Hemming is the author of Agents of Influence: A British Campaign, a Canadian Spy, and the Secret Plot to Bring America into World War II. His other books include Agent M and The Ingenious Mr. Pyke, and his work has appeared in a variety of publications, including The Sunday Times and The Economist. He lives in London.

Q: You write that the subject of Agents of Influence, William Stephenson, saved your father's life. Did you always know about his role in World War II, and how did you decide to write this book?

A: When I first heard about William Stephenson, the focus of Agents of Influence, I had no idea about his WWII role, no, only that he had saved my dad's life long before I was born.

Many years later I began read some of the stories about his wartime activities as “Intrepid,” and after that, once I began to write about intelligence, I realised that a lot of these stories had been exaggerated.

But the reason I decided to write this book about Stephenson and the British influence campaign now, rather than wait, was to do with the stories that began to appear in the press during 2016 about a possible Russian influence campaign in the United States.

Immediately I was drawn to the parallels between the two campaigns, as well as the obvious differences. 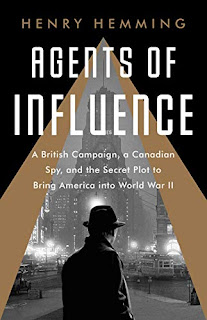 A: The research involved many trips to the National Archives in Kew, London, as well as one research trip to the U.S., and a number of virtual trips to U.S. archives further afield – i.e. I paid for copies to be made of material and emailed over to me, or I would work with researchers who could track down the information I was after: one of the many ways in which the Internet has transformed the way it is possible to research a book like this one.

I was also able to look at my grandparents' diaries to get a better sense of Stephenson, his milieu, and the small role they played in this story.

Q: The other major figure in the book is Charles Lindbergh. How would you compare the role he played to Stephenson's role?

A: During 1941 Lindbergh was extremely well known to the American public, whereas Stephenson had no public profile. One was in the spotlight, the other remained in the shadows. 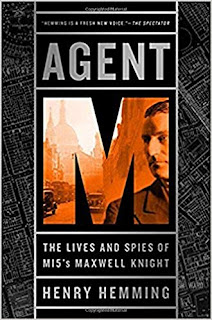 But both men would play decisive roles in the opposing Interventionist and Isolationist campaigns around the question of whether the U.S. should come into the war. Lindbergh was doing everything he could to keep America at peace with Nazi Germany, while Stephenson was desperate to achieve the opposite.

For much of 1941, Stephenson was also targeting Lindbergh personally, and had his office engineer negative stories about Lindbergh and generate hostility towards the group he was so closely associated with - the America First Committee. While Lindbergh was not targeting Stephenson himself, he campaigned against coming to Britain's aid.

Q: You write, "What happened then has a particular resonance now." Can you say more about the significance the events you write about have today?

A: Agents of Influence is about one nation's attempt in the early 1940s to manipulate American public opinion on a single political issue, using a variety of different methods and technologies, and by spreading a great deal of what was called then, as it is now, “fake news.”

There are interesting comparisons to be made - and I try to make them in the book - between this British campaign and the more recent Russian one which came into the news in the months before the 2016 U.S. presidential election. 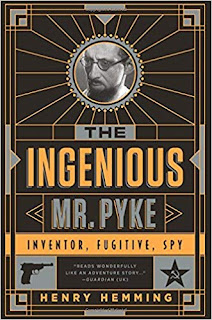 A: I am working on another book about the history of intelligence, but have moved on from the Second World War. I'll let you know more once I've got a little further on!

A: Given what's going on in U.S. politics right now, it was interesting when writing Agents of Influence to realize just how worried FDR was about the possibility of his being impeached, and that a number of his behind-the-scenes activities involving the British had the potential to become articles of impeachment if they had been leaked at the time.