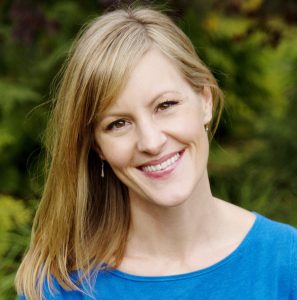 Christina McDonald is the author of the new novel Behind Every Lie. She also has written the novel The Night Olivia Fell. She lives in London.

Q: How did you come up with the idea for Behind Every Lie, and for your characters Eva and Kat?

A: The first seeds of Behind Every Lie began after I read the impact statement for Emily Doe, who was sexually assaulted by Brock Turner at Stanford University.

It really impacted me and I thought: how do you go on after that? Your self-trust and worth would be eroded. I wanted to write a story where my character was riddled with self-doubt that impeded her moving into a happy future.

So I came up with the idea for Behind Every Lie, which takes a thriller concept and places Eva, my protagonist, in a situation where she is riddled with self-doubt. 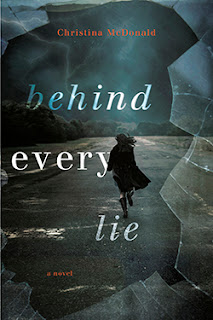 To start with, she’s been struck by lightning and can't remember if she murdered her mother, and this further erodes her self-trust. So she embarks on a journey to find out who she really is and what she’s capable of, while trying to solve the mystery of who murdered her mother.

Eva and Kat were really born from what the story needed, which was a woman who didn’t believe in herself because of a traumatic past, and a mother hiding secrets from her.

Q: The story is told from alternating viewpoints. Did you write the novel in the order in which it appears, or did you focus more on one character before turning to the other one?

A: I write from page 1 and just keep going. I don’t go back and forth because that interrupts the flow of the story itself, and I’m quite an immersive writer. I try to know and understand my characters before I start writing so I know what their motivations are and what their choices will be.

A: I did tons of research for this book, particularly around lightning strikes and how it affects short-term and long-term memory. I also knew that I wanted Eva to feel as if she were “broken” and the motif of lightning fit really well into that. 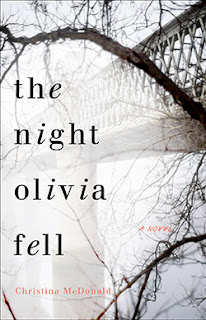 As Eva was a pottery artist, I did a number of pottery classes and also researched and learned about kintsugi, which is the Japanese art of repairing broken pottery with gold.

The theme of kintsugi is a recurrent one throughout Behind Every Lie because I wanted to illustrate, through Eva, that we can be broken and beautiful and whole all at the same time.

Q: Do you know how your novels will end before you start writing them, or do you make changes along the way?

A: No, not at all! I don’t plot anything, so I literally just start from page 1 and go. I find out what’s going to happen as I write it.

This means I usually have quite a lot of edits to do and I have to keep an eye out for tiny details to update during subsequent drafts, but it also means I get a first draft out fairly quickly (three to four months if I’m working on it full time) and I really become immersed in the story.

A: I’m working on a new novel called Do No Harm, which is about a doctor who starts selling OxyContin prescriptions in order to pay for her son’s life-saving cancer treatments while avoiding being discovered by her husband, the town’s lead detective.

It’s about whether the ends ever justify the means and how far a mother should go to save her son.