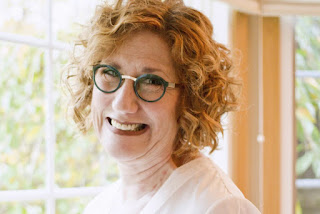 Barbara J. Ostfeld is the author of the memoir Catbird: The Ballad of Barbi Prim. She is the first ordained woman cantor in Jewish history. Her work has appeared in a variety of publications, including Lilith Magazine and New Jewish Feminism. She lives in Buffalo, New York.

A: I had a bunch of amusing anecdotes I wrote as a journal. When I had a certain number of funny stories, I thought I should write a book. Then I realized I had something to share about women and success and women and failure.

I worked with a couple of developmental editors. It’s the best of my journals edited and put into a form with an arc.

Q: Did you need to do any research to recreate the events you discuss?

A: Yes. Because I was in psychoanalysis as a young cantor, I learned how to get back to a time in my life by getting hold of a particular memory. It served me well as I was writing the book. Then I looked things up to verify them.

Q: How would you describe the changes you’ve seen for women cantors?

A: It’s so cool. I went from becoming a cantor in an era when they’d say, Oh, they have a girl as a cantor, to it being perfectly ordinary and little boys asking whether they can be a cantor because they’ve only seen women. 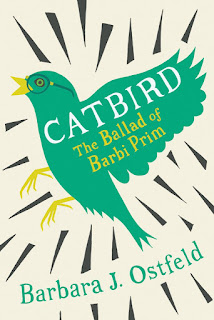 Now in liberal Judaism it’s approaching 60 percent. It’s an extraordinary change in such a short time. When women are on the bimah, kids realize this is open to them.

I make jokes about liturgical music being heard beyond the bass clef. There’s a whole world of human sound above it. The rules needed to be overthrown.

Q: You discuss some difficult personal issues in the book—how hard was it to write about them?

A: It was definitely cathartic and easy to write. I felt as if my brain was dictating and my fingers were just executing. Sometimes it was an automatic and easy process.

What was difficult was the editing, going back over troubling material. I polished it, but going over it time and again was painful. I figured it would be worth it, but three years of editing was painful.

A: I just had a young colleague PM me on Facebook. She said she was so happy to read the book. Her imperfections are different from mine, but she felt it allowed her to be herself as a cantor, and she could do her best work as herself.

That was precisely the message I intended to convey. Leaders need to be human. I don’t mean unleashed id, but people relate to you differently when you’re the real thing.

A: One of the short stories that stayed with me was James Thurber’s "The Catbird’s Seat"—the notion that at a certain point you get to sit in the catbird’s seat. Your vantage point is wide. You’re singing your own song, not imitating other people. I started by imitating—it took me a while to find my own voice.

A: I’m working on a children’s book about a little girl who’s plump and unattractive and has hair with a mind of its own, who grows up to find her strength and power.

Without them, I wouldn’t have been nothing, but I wouldn’t have the joy and focus I have now, being liberated from my demons. People should be proud of having undergone psychotherapy instead of keeping it hush-hush.

--Interview with Deborah Kalb. Barbara J. Ostfeld will be participating in the Temple Sinai Authors' Roundtable in Washington, D.C., on Feb. 29.