Virginia Reeves is the author of the new novel The Behavior of Love. She also has written the novel Work Like Any Other. She teaches at Helena College, and she lives in Helena, Montana.

Q: You note that your late father-in-law inspired your character Ed. How did his life story lead you to create Ed, and how did you come up with the idea for your character Laura, Ed’s wife?

A: My late father-in-law, Mike, was a behavioral psychologist (not psychiatrist, like Ed) who worked at the institution in Boulder. His timeline was later than Ed's, but that experience definitely gave me a starting point.

The most poignant part of Mike's life that inspired Ed's character, however, was his tragic aneurysm and subsequent stroke at the age of 39. Like Ed, my father-in-law led two different lives—one before and one after his brain injury.

I only knew Mike in that second life, and there were times I was envious of the people who'd known him before. It took time and perspective to realize how fortunate I was to share in that second life. I like to hope I imbued Ed with some of Mike's better second-life qualities. 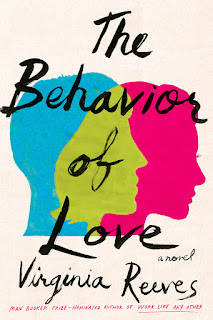 Q: The novel is set in Montana. How important is setting to you in your work?

A: Setting is incredibly important to me in my work. My first novel took place in Alabama, and it really couldn't have taken place anywhere else. The same is true of this book. It couldn't happen anywhere but Montana. This state is my home, and I share Ed's love affair with it.

The physical beauty of the landscape here is an essential element of the story, especially when juxtaposed with the ugliness inside the institution.

Q: Why did you choose to place the novel in the 1970s and early 1980s, and did you need to do much research to recreate that time period?

A: The time period is pretty critical to the story, too. The earliest time in the novel coincides with the national deinstitutionalization movement. The public was seeing inside institutions for the first time and realizing how terrible the conditions were in many of them. That historical point is part of Ed's story, and he's passionate about change.

More specifically, the institution in Boulder where much of the book takes place was suffering its own tragedies—many of the incidents within the novel really occurred: a patient choked to death on a green bean in his bed; a boy drowned in a bathtub; a comatose woman was impregnated; several patients drowned in the river. When I read about those awful events, I knew I had to include them in the story. 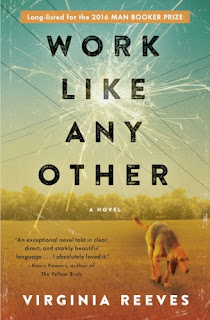 I did do quite a bit of research, and it's honestly one of my favorite parts of the process. Before my first novel, I'd only written in contemporary times and places, but I loved everything I discovered when I started digging into the history of Alabama.

The same was true for this book. Even though I know Montana much better than I do Alabama, I didn't know the details of Boulder's past, and it was like a treasure hunt (sometimes with the treasure being terrible moments, of course) digging through the archives.

Q: The chapters from Laura's point of view are told in first person, while the rest of the book is in third person. Why did you decide to structure it that way?

A: The decision to give Laura her own chapters in first person came later in the process. In early drafts, Laura was turning out pretty flat and one-dimensional. The first go at writing from her point of view was really just an experiment to see if I could get more out of her, and then I realized maybe that was the key—give her her own space on the page. Let us see things from her perspective.

A: I've often shared work and ideas before they're ready, so I'm keeping my current project pretty quiet right now. I will say that it's a pretty big departure from my first two books.