Talia Carner is the author of the new novel The Third Daughter. Her other novels include Hotel Moscow and Jerusalem Maiden. She is the former publisher of Savvy Woman magazine.

Q. How did you first learn about the women you write about in The Third Daughter who were trafficked from Russia to Argentina in the late 19th century?

A: In 2007, during a visit to Buenos Aires, I walked into the Jewish library and chatted with the librarian in English, but when I asked her casually about “the Jewish prostitutes and pimps,” she suddenly forgot her English. Clearly, I had touched upon a disgraceful chapter in the history of Argentine Jews, so I let it slide.

However, four years ago, I stumbled upon a short story by Sholem Aleichem, “The Man from Buenos Aires” (now in my own translation on my website), and my interest was piqued. The story about the businessman on a Russian train who brags to the author about his riches back in Buenos Aires, yet never reveals the nature of his enterprise, left me with unease, just as the author had intended. I figured that he was a pimp.

I Googled the subject and was appalled to learn how much information was hiding in plain sight about a legal trafficking union, named Zwi Migdal. Yet, the Jewish girls and women exploited by its members had been forgotten, lost in the goo of history.

Before that, my compassion for sexually subjugated girls and women had first ignited at the 1995 International Women’s Conference in Beijing. I listened to an aging Filipina who cried with a beautiful operatic voice about her past enslavement by the Imperial Japanese Army during World War II. Then a teenager, she had been one of many thousands of girls and women captured in the Pacific Rim and imprisoned in “comfort stations” to serve the soldiers’ sexual needs.

The plight of kidnapped women forced into sexual slavery touched me deeply. In subsequent years I learned about sex trafficking, child-marriages, and the use of mass rape as a tool of war, by attending presentations of UN-affiliated NGOs in New York City, where I live. 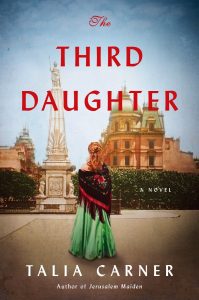 Once I found out about the Jewish victims of Zwi Migdal, the Filipina’s haunting cry turned in my head into a keening that compelled me to give them voice and tell their truth.

Q: How did you come up with your character Batya?

A: The above-mentioned story by Sholem Aleichem appeared in the same short story collection where Tevye the Dairyman—the character we all know and like from Fiddler on the Roof—recounts to the author his family anecdotes. In the first story Tevye said that he had seven daughters; in another he said he had six. In the end, the author wrote only the stories of five of them.

It left me wondering what would have happened if, upon leaving the shtetel following a bloody pogrom, the family encountered this wealthy businessman from Buenos Aires? Wouldn’t the poverty and strife the family suffered tempt Tevye to let his sixth daughter marry him?

That’s how Batya's character came to be. However, for the purpose of focusing the novel on the main story line, some sisters became superfluous; the defiance by two sisters of their father’s wishes was enough to motivate Batya to be more obedient and even more attentive to her parents’ needs and feelings.

Q. How did you research the book?

A: Once Google generated the name of the organization, Zwi Migdal, I found a tremendous amount of information available in translated documents, nonfiction books, and academic publications.
In the last couple of decades I had been to Buenos Aires three times, but I don’t know Spanish. 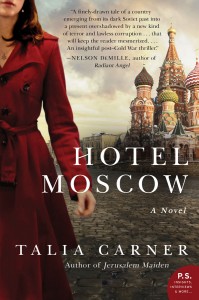 Armed with photos from the time of the novel, the late 1800s-early 1900s, I hired two freelance researchers in Argentina, and they helped me better understand what I was looking at. If Batya walked from point A to point B, my researchers verified the names of the streets 120 years earlier.

For finer texture, I presented both researchers—a man and a woman—with the same questions about clothes, food, and architecture, and was able to extrapolate more nuanced details when crossing their answers.

For historical accuracy, I consulted the director of Jewish archives in Buenos Aires, who, thankfully, knew English. She also read the final manuscript.

Once the protagonist, Batya, started dancing tango, what choice did I have but to learn it myself? I needed to write with authenticity about this complex dance—and the passions associated with it. For almost a year I took private tango lessons and occasionally spent an evening at a milonga in close embrace with total strangers (also my reason to quit tango once my research was done).

Q: What did you learn that particularly surprised you?

A: First, the sheer fact that such a meaningful chapter in history was hiding in plain sight, and so many people who know Jewish history had never heard of it.

Second, the magnitude and power of Zwi Migdal—and most importantly, the huge number of victims, which I calculated to be between 150,000 and 220,000.

Third, another fascinating chapter in Jewish history, of the incredible vision and benevolence of the Baron de Hirsch. In the late 1800s, he literally bought the freedom of hundreds of thousands of Jews from the Russian czar, and without any blueprint for such a mass transfer of people, sought to settle them in Argentina. 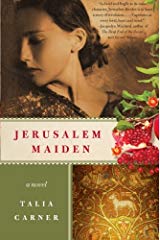 Fourth, my own emotions: I struggled about whether to tell a story that featured Jews in a negative light. But the cries of the victims overwhelmed me, forcing me to write this novel at a feverish pace.

Q: What do you hope readers take away from Batya's story?

A: Through Batya as the protagonist whom we learn to care for, I would like the readers to see the humanity of the prostitutes. Regardless of how they act and what they say, they are victims.

In the USA, the foreign girls and women have most likely been duped and kidnapped; they are enslaved here with no language skills or understanding about the resources available to them. Of the USA-born, the vast majority have experienced a painful history of sexual abuse, homelessness, and foster care. They are victims of our own society’s decades-long neglect.

I hope that The Third Daughter will serve as a platform for a call to action against sex trafficking, which is, sadly, as prevalent today as it was 120 years ago.

A: I imagine my reader as an intelligent woman who is as thirsty for knowledge as I am, yet one who needs not be fed and told what she must think and feel. She trusts me to take her on a can’t-put-it-down journey.

However, once I grab her attention with the opening scene, or the first several pages, she falls asleep for the night, my book tossed on the floor. She doesn’t get back to it until perhaps the next evening, after a full day of dealing with a boss’s demands, fighting with her mother on the phone, overspending at the beauty counter, rushing to get stitches on a child’s gashed chin, fretting about a pile of dirty laundry, or being aggravated when her car overheats in traffic.

Throughout her turbulent day I hope that my hold on her is so tight that she wonders time and again what will happen next in that book lying on the floor…. So tight that, when she finally falls back into bed, exhausted, all she wants is to pick up my story where she’s left it. And I hope that when the journey is over, she’s left with that satisfying feeling that stays with her long after she’s read the words “The End.”

--Interview with Deborah Kalb. Here's a previous Q&A with Talia Carner.
Posted by Deborah Kalb at 7:33 AM