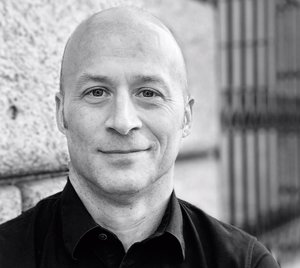 Steve Anderson is the author of the new novel The Preserve, which takes place in post-World War II Hawaii. His other novels include Under False Flags and Lost Kin. He also translates German fiction into English. He lives in Portland, Oregon.

Q: Why did you decide to return to your character Wendell Lett--who appeared in your novel Under False Flags--in your new novel, and how do you think he's changed from one book to the next?

A: Wendell’s fate was partially unresolved at the end of the previous novel, Under False Flags. By the time The Preserve begins, he’s in even worse shape because of his mounting combat fatigue, which we now call PTSD. He’s also technically a deserter, so there’s the added trauma of living on the lam.

Wendell realizes he needs help. Unfortunately, his deeply ingrained combat skills make him a perfect target for the “treatment” offered at the Preserve. But this also forces him to change profoundly over the course of the novel. Without giving too much away, he’ll try to reject using violence altogether—not easy to pull off in a thriller! 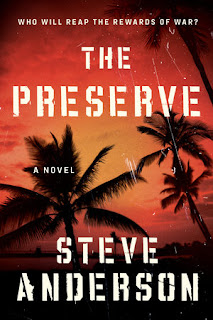 Q: The novel includes various historical figures--what did you see as the right mixture of fact and fiction as you wrote the book?

A: Wendell encounters notorious U.S. intelligence operative Edward Lansdale, Japanese gangster and war criminal Yoshio Kodama, and, in a brief appearance, General Douglas MacArthur himself. Since they’re all larger-than-life types, I couldn’t resist letting them roam in my story. All three are tied to the true issue of Imperial Japanese war plunder, often called “Yamashita’s Gold.”

In my novels I often introduce readers to lesser-known historical events, and I always try to get certain details correct enough that they can hopefully point at deeper truths. Still, any historical realism also needs to serve the story. I want readers to be entertained first. Luckily, as a novelist I also get to make things up in that regard.

Q: The book is set in Hawaii--how important is setting to you in your writing?

A: Setting is crucially important to my stories and scenes. I’ve been told I write visually, so geography always plays an enormous role. The landscapes in my books can isolate, liberate, and change people, whether it’s the rural part of Oregon, World War II Germany, or Cold War Europe. 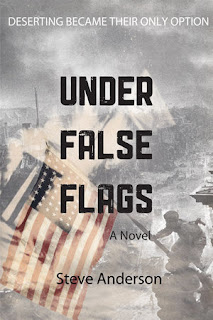 Hawaii is completely new for me in this respect, and its landscape serves a critical role in mostly threatening ways. This is not a romantic Hawaii. This is the Big Island of Hawaii, with a rugged volcanic landscape like nowhere else. Still lovely, but also formidable.

Q: How did you research the story, and did you learn anything particularly fascinating?

A: This book started as a very different draft way back in about 2005, so I’ve been able to apply multiple layers of research as I’ve returned to revise the story and settings. I’ve had the good fortune to research in Hawaii itself, on Oahu and especially all over the Big Island, talking to people and scouting locations. I’ve also done plenty of research online and using period documents and books.

One fascinating thing I learned was that the Imperial Japanese had plundered fortunes throughout Asia during the war, yet some of it has remained missing, allegedly. I was also surprised to learn of the Business Plot from the 1930s, whereby certain wealthy American business interests were purportedly seeking to overthrow President Roosevelt.

For Hawaii, I discovered just how much wartime U.S. military government rule changed Hawaiian society and culture in profound ways. 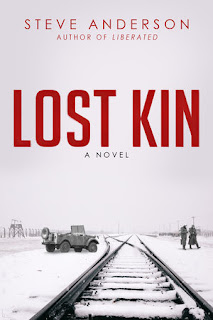 A: I’m returning to late 1940s Europe. I recently finished the fourth book in my Kaspar Brother series, the most recent of which is Lost Kin (2016). This new one takes place in 1949 across Central Europe, on both sides of the looming Iron Curtain. Besides my own work, I’m almost always translating German fiction into English.

A: In The Preserve, I really like the character of Kanani Alana. She’s tough on the outside yet has a strong moral core that she can’t deny. Like most major female characters in my books, she always has her act together far better than the men—just like in the real world! Also, you can visit my site for more.