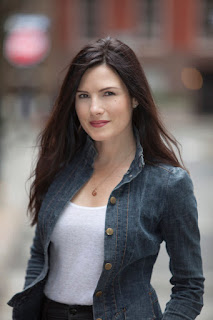 Nicola Harrison is the author of the new novel Montauk. Her work has appeared in a variety of publications, including The Southampton Review and Glimmer Train. She lives in Manhattan.

Q: How did you come up with the idea for Montauk and for your character Beatrice?

A: I’ve spent a lot of time in Montauk. I used to own a house there - we bought it from a local lobster fisherman named Billy who was selling up and moving his family to Florida.

When we went into town and talked to the locals they all said, “Oh yeah, I know where you live, you live in Billy’s house up on the hill.” For years our house was referred to as Bill’s house and I was just so intrigued by the strong sense of loyalty and community.

A lot of the places that I write about in the novel are still thriving today – The Montauk Manor, Gurneys, The Yacht Club, Duryea’s, White’s Pharmacy, and others have since closed (such as Trails End). What’s nice about Montauk is that even though some things have changed, you can still find a taste of the past, you just have to know where to look.

As for Beatrice, I just felt that I knew her and her story as soon as I started writing her. 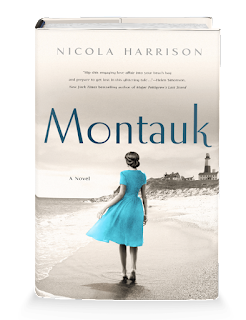 Q: The novel is set in Montauk in the summer of 1938. How important is setting to you in your writing, and did you need to do much research to recreate the time period?

A: Setting is so important to me – especially in this book.

I did most of my research at the Montauk Library. I spent hours reading books about the local history and about the hurricane of 1938.

I read up on Carl Fisher who was the most influential man in the development of Montauk and who built the Manor as his centerpiece – he called it the “Castle by the Sea”. Our house in Montauk was just down the street from the Manor so I’d go for runs up there and look around the grounds and envision what it must have been like back then in the ‘20s and ‘30s and that’s when I started to come up with the idea for this novel.

I also took a tour of the lighthouse with the local historian Henry Osmer and I interviewed lifelong Montauk local Vinnie Grimes and his wife (she has since passed away). I spent the afternoon with them as they told me stories about the good old days, what it was like growing up in Montauk in the ‘30s and what it was like when the “summer visitors” came to town.

I read newspaper articles from 1938 and looked at advertisements, so fascinating to see how things were marketed back then. I used to be a fashion journalist so I had a lot of fun researching the fashion of the times.

A: I always knew how this story was going to end. I did play around with alternate endings but always came back to my original ending. Even though it might not end the way you expected it to, I do think it leaves you with a sense of hope, determination, and new beginnings.

A: I just want people to feel the growth that Beatrice experiences – that you can go from feeling lost and alone – even when you have people around you – to experiencing true, unconditional love. Everyone deserves that.

A: I’m working on my next novel – it’s set in the 1920s in the Adirondacks and in Manhattan during Prohibition and I’m having a lot of fun with that time period. The main character is very different from Beatrice. She’s a feisty, confident showgirl.

I’ve been pretty busy these past few months on book tour for Montauk and keeping up with my 9-year-old and 6-month-old boys so I had to take a few weeks off but I’m excited to get back to writing.