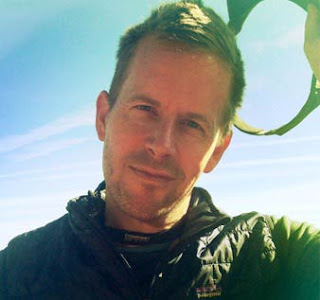 Peter Rock is the author of the new novel The Night Swimmers. His other books include My Abandonment and The Shelter Cycle. He is a professor of creative writing at Reed College, and he lives in Portland, Oregon.

Q: The book jacket calls The Night Swimmers an "autobiographical novel." What did you see as the right blend of autobiography and fiction as you wrote the book?

A: Well, that phrase "autobiographical novel" is very much the publisher's...that said, I think all novelists are aware of the ways that their fictional worlds start to resonate with their daily lives, the echoes and resonances.

For instance, my daughters were at that crucial age, while I was writing the novel, where they were saying things that were simultaneously very precociously deep and also kind of stupid. I was tracking those conversations, and eventually I started to wonder how it would be to include them. 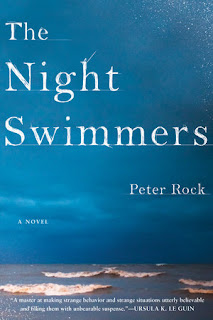 And then I often say that I see inspiration as a reaction to material that draws me, that I don't fully understand; with this book, the material that I was reacting to was from my own past--letters, places, artifacts--that now seemed uncannily as if they belonged to another person.

But the balance?  Like most novels I've written, this one was once about five times its current length. So in revising much of what I did was to try to find out where I was being self-indulgent, where I was including pieces of autobiography in ways that didn't serve the narrative.

Whenever I had to choose between what was "true" and what served the story, I always went with the story. Not that I see that as fundamentally that different.

Q: A review of the book on Powells.com says the novel "captures the eeriness of deep water — its competing currents and sudden shifts between warm and cold, the swimmer’s combined sense of inconsequentiality and escape from the strictures of time." What role do you see water playing in the novel, and how did you create that sense of water that the reviewer describes?

A: That's a very kind review. Well, my experience of swimming, one reason I love it, is that it's a very physical activity that can become a meditation, outside of time, while still rife with the danger of drowning. 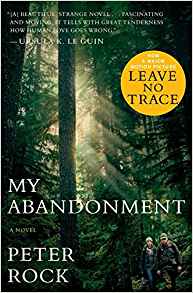 Being aware of the currents, of the drifts, of how our minds can move in time while our bodies struggle on in the present toward the future--while I don't know that I was that intentional, or conscious, there are ways the prose can become more fluid, but I do think it's a matter of allowing fluidity between time.

I think of how Alice Munro will often put her characters on a train, with a definite set of anticipations and a fixed destination, and once they start traveling to that future we tend to move back in time, or the reader has more patience for backstory? But I won't get started about Alice Munro, so grand. Feels a little presumptuous to discuss her work while discussing mine.

Q: The book includes various photos--why did you decide to incorporate them into the story?

A: There were a few images that were crucial--the Burchfield painting of the forest fire, the photograph of the handless blind boy reading Braille with his lips--because they really do exist and served to ground and convince.

I think the earlier drafts of the book maybe had four or five images.  I wondered, as my previous book, Spells, was a collaboration with five photographers and had many images, if I should just cut them out of The Night Swimmers altogether. 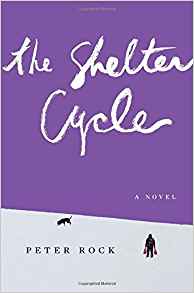 I asked my editor, Mark Doten at Soho, and he said, "I like them, but I think if you're going to have them, you should have more." Which was typically his editorial response---push it further, make it more like itself, commit. Much appreciated. And so the various images of my daughters, more drawings and photographs, etc., were included.

A: Oh, that is none of my business! I hope they are entertained and involved.

A: A novel called Sad Clown Lake about an elderly man reunited with his daughter and various tragedies, dog bites, lakes moving through the wilderness, ghosts. Another novel about a group of children living in the Alaska wilderness. A piece for The New York Times about swimming around the Isle of Milos in Greece (which I'll do in a month). Maybe some screenplays?

A: I really loved writing this book.