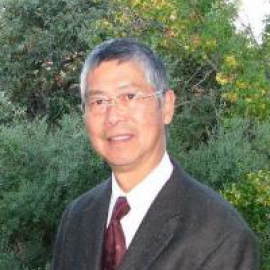 Gordon H. Chang is the author of the new book Ghosts of Gold Mountain: The Epic Story of the Chinese Who Built the Transcontinental Railroad. His other books include Fateful Ties and The Chinese and the Iron Road. He is the Olive H. Palmer Professor in Humanities and Professor of History at Stanford University, and he lives in Stanford, California.

Q: Why did you decide to focus your new book on the Chinese workers who built the transcontinental railroad?

A: I am a fourth-generation Chinese American who grew up in California hearing about the Chinese railroad workers but never with any detail. Their story has been a lifelong curiosity and I tried to gather documentation about their past over the years but with little success. Now, late in my career, I have had the time and resources to devote to the recovery of their history. 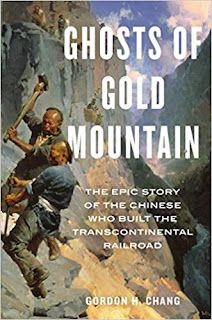 Q: You write, "Though difficult, a recovery of a lost past is possible if imaginative efforts are made to understand the rich and expansive historical materials that do exist." How did you research the book, and did you learn anything that particularly surprised you?

A: Almost everything was a surprise; the numbers, their centrality to the construction effort; the way they lived their daily lives; the insult as well as honor they received from white society. I also learned new ways to do history if we have a paucity of direct evidence, as we do with the Chinese railroad workers. We need to be resourceful and imaginative. 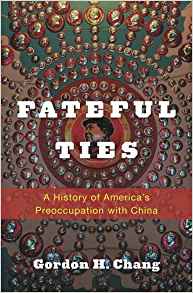 Q: Why did so many immigrants from China end up working on the railroads, and what paths did they tend to take later in life?

A: Railroads in America hired tens of thousands of workers and the Chinese distinguished themselves as bring expert and capable workers. After the completion of the transcontinental, local and regional railroad companies around the country recruited them for work. Many continued to work for railroad companies for decades afterwards; others took the opportunity afforded by the railroad to travel around the country. They established communities in rural and urban areas from the Rocky Mountain states to the Eastern Seaboard and even the Deep South. 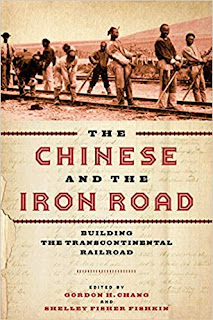 Q: What do you see as these workers' legacy today?

A: Many Chinese communities today are directly linked to these railroad workers but as for a larger legacy, one needs to acknowledge that modern, industrial America owes a great deal to the work of the Chinese on completing the first transcontinental. Without them, the line would not have been completed until many years later.

A: I continue to work on the history of the Chinese railroad workers. Ghosts of Gold Moutain and The Chinese and the Iron Road have stimulated great public interest and readers continue to send me information to supplement what is in the books.

A: I appreciate the attention and interest and encourage all to help recover history: There is so much to learn!