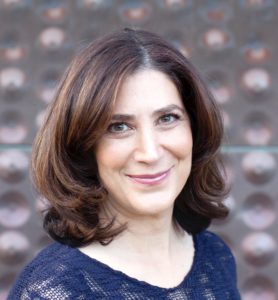 Erin Gordon is the author of the novel Beshert. She also has written the novels Cheer and Heads or Tails. She practiced law for several years and worked as a legal affairs journalist for more than two decades. She lives in San Francisco.

Q: How did you come up with the idea for Beshert, and for your characters Chelsea and Noam?

A: I'm Jewish, but a few years ago, I realized I’m also an atheist. This deeply troubled me because I really wanted to believe in something, to have faith. And you can’t simply order yourself to believe in God.

Around this same time, I became friends online – through an unrelated group I was in – with a few women who were devout Christians. One woman in particular structured her whole life around what she described as her “relationship with Jesus Christ.”

This fascinated me – and I was a bit jealous. I didn’t want to be Christian because I’m a Jew in my bones, quite literally in my DNA. But I wanted something they have. 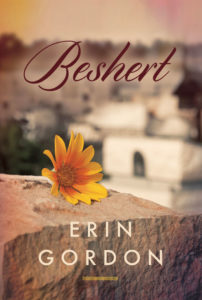 Also around that time, my family took a trip to Israel. It was my second time there and both times, I fell madly in love with it. Everything in Israel is great – the food, the people, the scenery, the history, the museums, the topography, and, especially, the spirit.

While I was there, I’d see Orthodox Jews, with their black cloaks and long beards, on the street. I’d think, “They’re Jewish and I’m Jewish. How can that be?" I felt as different from them as I did from the devout Christians I’d become friends with.

So as a novelist, I started to think: what if a Christian experiencing a crisis of faith traveled to Israel and unexpectedly met someone like me – a secular Jew who was also in the midst of an internal faith struggle – and fell in love?

I could explore the personal tension I was experiencing about faith – what did it mean to be Jewish? how do you acquire faith if you want it but don’t feel it? – and spend some imaginary time in Israel, one of my favorite places. That’s when Chelsea and Noam were born. 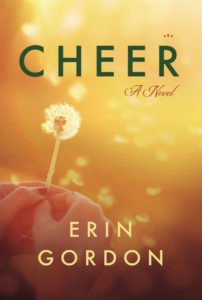 A: One of the Christian women I'd become friends with online was a tremendous resource. She generously shared personal stories about her faith, some of which ended up in the book as part of Chelsea’s story.

As for the setting, I’ve been to many of the Israeli locations mentioned in the book, but I also did additional research, everything from searches on Google Earth to researching the itineraries of travel companies. One book, The Israelis: Ordinary People in an Extraordinary Land, helped me capture the incredibly unique attributes of Israeli people.

As for whether anything surprised me, I’d say that writing this book led me to redefine myself as an agnostic, rather than athiest, Jew.

Q: What do you think the novel says about spirituality and religious observance, and also about tolerance? 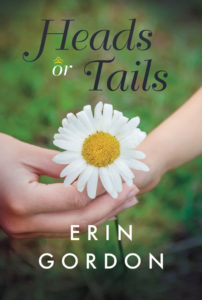 A: Great question, and one I’d love to get readers’ responses to! What I hope is that Beshert demonstrates that there is not one right or correct faith. People can be faithful in different ways and to different degrees and people of different faiths (or no faith) can absolutely co-exist peacefully.

As to tolerance, let’s not just tolerate people who are different from us, let’s affirmatively embrace each other and value each other precisely because of our differences.

A: Beshert is both an adjective and a noun. Something can be beshert — meant to be, destined — like, say, the fact that one job ended at precisely the moment your dream job opened up. And a person can be your beshert, your one true love.

Chelsea and Noam talk about this concept and I thought it would make a great title because I figured it would catch the eye of people who know the word’s meaning and hopefully pique the interest of someone who’d never heard the word before.

A: I’d love to remind book lovers that if you like a novel, especially one by an emerging author, spread the word! The publishing world is unbelievably competitive, and truly the only way for newer novelists to gain traction is word of mouth. So thrust your favorite reads into the hands of friends, post about books on social media, etc. It helps writers so much!