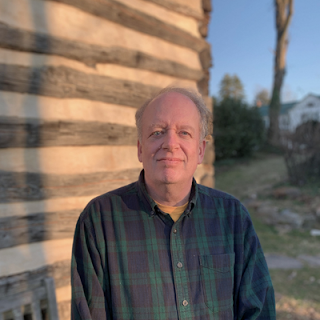 Steve Vogel is the author of the new book Betrayal in Berlin: The True Story of the Cold War's Most Audacious Espionage Operation. He also has written Through the Perilous Fight and The Pentagon: A History. He was a reporter for The Washington Post for many years, and he lives near Washington, D.C.

Q: You note that your father worked in Berlin for the CIA during the period you focus on in the book. Is that what first got you interested in the story of the Berlin Tunnel, which you recount in Betrayal in Berlin?

A: That was definitely a big part of it. He was assigned there as an undercover case officer in the late 1950s and early 1960s, and I was born there in 1960. That was too late for the Berlin Tunnel, but in time for the Berlin Wall. My father used to say they built the wall to keep me out.

I don’t think that was true, but in any event, I always felt a connection to the city. I went back over the years, including a bicycle trip with high school classmates where we went through Checkpoint Charlie into East Berlin.

Then I ended up back in Germany as a reporter in the fall of 1989, just in time to cover the fall of the Berlin Wall. I had planned on staying a few months and ended up reporting from Germany for five years.

So Cold War Berlin always intrigued me. Of course, I’d known nothing of what my Dad was doing there, and I never had a chance to talk to him about it as he died many years ago, even before the wall came down.

But in subsequent years I would hear bits and pieces from his closest friends, and as they got older, I realized the window was fast closing on the opportunity to learn about the intelligence battle in Berlin in the early years of the Cold War. The story that really grabbed me was the Berlin Tunnel, which really seemed to capture all the murkiness and ambiguity of espionage. 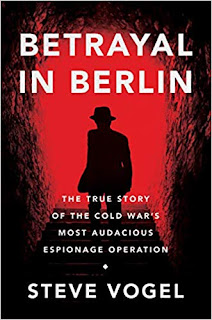 Q: How did you get to interview George Blake, the spy at the center of your book, and how would you describe his attitude now about his spying activities during the Cold War?

A: I called him out of the blue. As a reporter, I’ve learned it’s often better not to ask permission to call someone, but just to call. A friend had given me Blake’s number, and I reached him one winter evening at his dacha outside Moscow. He was polite, and he answered some questions about the tunnel, but he didn’t want to speak for too long.

Later when I was conducting research in Europe, I flew to Moscow hoping to see him. Again, it was unannounced—I didn’t want to give Blake a chance to tell me not to come. I took the train to Kratovo, where Blake lives, accompanied by Lena Yegorova, a translator who has worked with The Washington Post in Moscow.

That was an adventure. All I had were vague directions to walk down a little road until it intersected with a gravel path, and follow that for a few hundred yards past various walled-off dachas across several little intersections and hope that we would come to it. We had no street names or addresses. Somehow we found it, this traditional-looking wooden dacha, painted green with a steep gabled roof with tall pines all around the house, all surrounded by a high wall.

Unfortunately, Blake was ill at the time and unable to meet me. But his wife was very helpful and agreed to set up a telephone interview once he felt better.

When I spoke to Blake several weeks later, he was able to answer a lot of my questions on the details of how he betrayed the tunnel, and why the KGB nonetheless decided not to do anything to stop the tunnel, to protect him. It was very helpful for understanding his mindset, what he was thinking and doing at the time of the tunnel.

Blake doesn’t regret his espionage, though of course he admits what he found in the Soviet Union after his 1966 escape was a huge disappointment, with the Soviet communist state a complete failure. His view is that he was neither a traitor nor a hero. Writing about his escape, which was like a Keystone Cops adventure, was a lot of fun – definitely one of the craziest stories of the Cold War. 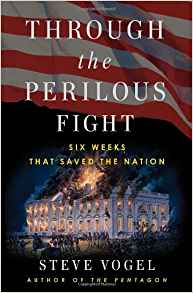 Q: How did you research the book, and what did you learn that especially surprised or intrigued you?

A: The interviews I did with the people involved were the most critical. I made that my top priority when I started, for the simple reason that almost everyone involved who was still around was going to be in their late 80s, or 90s, in one case 100 years old. Many of them had never spoken before about what they did.

It helped enormously that the CIA has declassified many aspects of the operation in recent years. They felt released from their vows of secrecy. In some cases, it was cathartic for them to talk about this. I also think there was a sense among many of them that this would be the last chance to get the true story down. I was very lucky in that respect as unfortunately a number of the people I spoke to have since died.

There were a number of very helpful archival sources on both sides of the ocean. The Imperial War Museum in London holds the records for Blake’s trial, including a remarkable, hand-written 14-page life history and confession he wrote for his attorneys that gave great detail about his captivity in Korea, his decision to secretly change sides in the middle of the Cold War, and how he went about betraying the tunnel and many other secrets.

In Berlin, the files of the Stasi, the former East German security service, has documents revealing the names and fates of agents betrayed by Blake and transcripts of his talks to East German intelligence officers.

The CIA has declassified a lot of records, some of which I obtained through the Freedom of Information Act and others that have been compiled into a very useful document collection.

The University of California Santa Barbara holds the papers of Bayard Stockton, a former CIA officer who served in Berlin and compiled a lot of interesting information about the Berlin base for the biography he wrote about Bill Harvey. 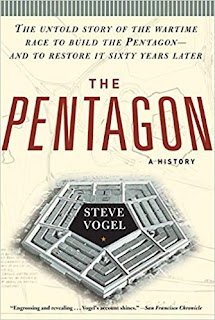 There are a lot of intriguing parts to the story, but to me the most fascinating is the dilemma the KGB faced when they had to choose between protecting their great mole, George Blake, or the secrets the tunnel would expose.

Q: What is the legacy today of the events you describe in the book?

A: I think you see it all over the place, particularly at a time when U.S. and Russian relations are filled with tensions and questions about surveillance and meddling.

Much of what we’re seeing today is very much in line with what happened in the 1950s--Russian disinformation campaigns and interference in elections, undermining democracy, the rings of sleeper Russian spies in the U.S. and Britain and so on.

Also, it’s important to point out that in some ways, the Berlin tunnel--which was surveillance on a mass scale never previously attempted--was a precursor to the mass surveillance the NSA conducts now.

Maybe the most important legacy is what didn’t happen. At a time when the U.S. feared a surprise Soviet attack and had almost nothing else in the way of decent intelligence, the tunnel offered assurances that helped keep the peace.

A: Being a single dad with three kids and trying to keep my head above water.

A: This is a very complex story, with very little black and white but lots of shades of gray. In this age of Twitter and Facebook, people are very quick to issue verdicts and make judgments based on very little information, or bad information. I’ve tried to present the story in a manner that’s fair to all parties involved—the Americans, the British, the Soviets, and the Germans – looking at it from different perspectives.

--Interview with Deborah Kalb. Here's a previous Q&A with Steve Vogel.
Posted by Deborah Kalb at 8:14 AM