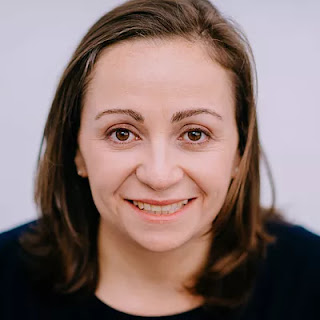 Rajia Hassib is the author of the new novel A Pure Heart. She also has written the novel In the Language of Miracles, and her work has appeared in The New York Times Book Review and The New Yorker online. Born and raised in Egypt, she lives in West Virginia.

Q: How did you come up with the idea for A Pure Heart, and for your characters Rose and Gameela?

A: I wanted to write a novel that explored the complex personal and geopolitical situations that form the backdrop of any terrorist attack. I’m always dismayed by how often such attacks are spoken of as if they were easily explained. When the terrorist is a Muslim, so many people seem too ready to buy into his own justification of his heinous act.

But research has proven that the real motives are much more complex than the simple justifications that terrorists resort to in order to assume a moral position that makes them believe their acts are good, not evil.

One way to portray this complexity was to depict an attack where the terrorist and his victims all belonged to the same religion, a very common scenario that automatically rules out the most simplistic explanation of how the terrorist justified murder through labeling his victims as infidels. So this was how Gameela’s character was born—she was to be the victim.

Once I started working on the personal stories of the various characters, Rose emerged, first as a supporting character—the sister who is as different from the religious Gameela as possible. Slowly, her story became more and more interesting to me, and she ended up becoming the novel’s protagonist.

Q: The New York Times review of the book says that the book's "most distressing element...is the cutting analysis of how utterly exhausting it is for any one individual to try to contain multitudes." What do you think of that opinion?

A: I think that’s a very astute observation, and one that cuts straight to the heart of the struggles of almost all characters. Rose, Gameela, and Mark certainly all grapple with this longing to bring about a harmonious existence to the many, often contradicting aspects of their own characters, to their many hopes and aspirations and how such hopes may crash with their ideal mental images of themselves. 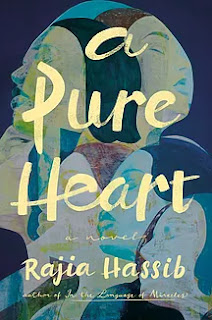 It’s a struggle that immigrants, who embody different cultures, know very well, but it’s also one that all of us who navigate our lives in the shadows of cultural or religious conditioning should understand. It is hard enough to understand who we truly are; it’s even harder to come to terms with the fact that none of us is definable by a single attribute, that we all contain different attributes that often struggle to coexist peacefully.

Q: You note that you spent years working on the novel. How did you research it, and did you learn anything that especially surprised you?

A: I spent close to five years working on the novel. My research started with the aim of creating believable characters, but from there the research evolved and actually ended up steering the novel in directions I had not anticipated.

For example, I started reading about Egyptology because I wanted to give Rose a profession steeped in the history of the country she left behind (I’ll admit this was a cynical motive), but what I discovered about Egypt’s ancient history was so fascinating, so laden with meaning, that it ended up supplying the novel’s main themes and even its title.

The idea of striving for an unattainable purity of heart comes straight from the ancient Egyptian Weighing of the Heart ceremony, where the dead were believed to stand in front of 42 judges and proclaim their innocence of various transgressions before declaring their purity and then having this alleged purity tested by having their hearts weighed against the feather of Maat, the goddess of truth and justice.

Learning about this myth helped me articulate some of the themes I had been trying to express: how people’s longing to be good and to do good is almost always there, even as they commit the most atrocious acts, and how this can help explain their need to justify these acts through ideology or religion (hence a terrorist will claim that he is going God’s work, for example). 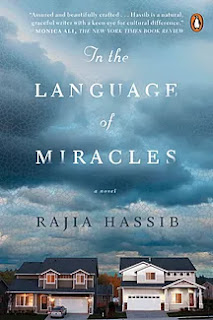 This and many other similar discoveries meant that the research ended up feeding into the novel and guiding its plot and themes, which I found to be very gratifying.

A: I hope they come out of the novel skeptical of simplification, assured that people’s stories are always layered and complex. And I hope they develop connections with the characters, feeling as if they have come to know Rose and Gameela, Mark and even Saaber.

Finally, I remember a question a professor once asked my class: what do you fear the most about writing? Back then, I answered that I feared what writing would unintentionally reveal about me—my personal traits that I lacked self-awareness to notice but that my writing would expose.

I had just learned about literary criticism, and was still struggling to come to terms with the fact that authorial intention didn’t have to be taken into account, when reading a work of fiction. I’m more comfortable with this notion, now. It’s part of the risk and the beauty of writing fiction.

At the end of the day, I hope that I’ve created a narrative that is complex and authentic enough to serve as a medium that people can use to discuss and express their thoughts and feelings. If readers can interact with A Pure Heart and grapple with it as an enjoyable and thought-provoking work of fiction, then they will have gained enough, and I would be satisfied.

A: A new novel. Nothing I can talk about yet, except for one thing: my writing process has always included a lot of revision (hence the five years working on this one), and I usually end up writing two or three drafts of each novel before settling on one that is good enough to be revised and honed and worked on some more.

This time around, I’m spending my time doing the research I need before I dive into writing. I’m hoping that, if I have all the factual background I need (researching the history and geography of my new novel’s setting, as well as some main background information about the various characters’ professions and so on), that I will perhaps be able to write a bit more efficiently and not have to spend three years just to come up with a usable draft and then another two revising. We’ll see.

A: Just that A Pure Heart is a work of fiction. I’ve repeatedly been asked if the novel is autobiographical or if it’s auto-fiction, perhaps because the protagonist is an Egyptian American and an immigrant and close to me in age. The novel is not autobiographical at all—those traits are about the only ones I have in common with Rose.

Also, if anyone does have any thoughts or questions about the novel, I’m on twitter and I have a website (rajiahassib.com), so please feel free to reach out and ask or leave a comment!