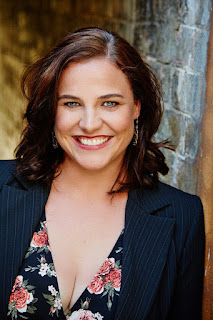 Nicola Moriarty is the author of the new novel Paper Chains. Her other books include The Fifth Letter and Those Other Women. She is based in Sydney, Australia.

Q: How did you come up with the idea for Paper Chains and for your characters Hannah and India?

A: The idea for Paper Chains grew out of a difficult time I was having in my own life, involving depression and anxiety. I realised that if I wrote about these issues, it could actually be quite cathartic for me.

I had these desires to run away from life and from my family (which filled me with incredible guilt, of course), and I discovered that if I wrote about two women, Hannah and India, who were running away from their lives, then I could live out these fantasies on the page without actually following through in real life. In the meantime, I was getting treatment for my depression so that I could enjoy my own story again!

A: It was difficult to come up with the right title for this novel. Originally, I wanted to call it “Chasing India,” but it didn’t quite fit because it was about Hannah’s story too. In the end, the idea of forming connections seemed the most significant part of the book and as handwritten letters are also being sent across the world throughout the story, Paper Chains seemed to encompass the ideas of letters and connections beautifully.

When my editor suggested the title, it immediately brought to mind the images of delicate chains of paper being stretched across countries and oceans and I thought it was perfect for the way my characters connect and then lose one another and then reconnect throughout the course of the book. 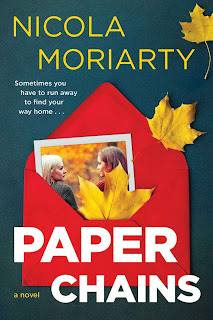 A: When I first wrote this book, I really wanted to bring issues of mental health to the forefront, so I hope that readers take away the sense that it’s okay to be depressed sometimes. And that it doesn’t mean there is anything wrong with you, especially if you’re feeling depressed at a time in your life when everyone expects you to be at your happiest.

I also hope that they realise how important it is to reach out for help when they are feeling lost or anxious or sad. I know that getting the right help made a huge difference to my life and if I hadn’t found help, I quite possibly could have found myself on the other side of the world, desperately missing my family and crushed with guilt, much like my characters, who I ended up loving so much!

Finally, I hope that they are left with a sense of satisfaction and happiness at the conclusion of the book, because that’s how I always loves to feel when I turn the final pages of a novel. 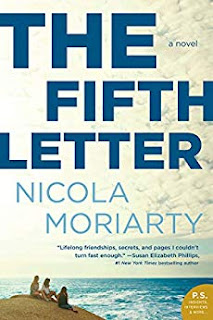 A: I love a wide range of books, from fantasy to crime to domestic noir to contemporary stories of family and friendship dramas as well as comedies, magical realism, thrillers and adventure!

Some of my favourites are Stardust by Neil Gaiman, Big Little Lies by Liane Moriarty, The Colours of Madeleine trilogy by Jaclyn Moriarty (I adore every single book that both of my sisters write!), The Golden Child by Wendy James, Love and Other Battles by Tess Woods, Anybody Out There by Marian Keyes (and every book Marian has ever written), all the Harry Potter books, lots of Patricia Cornwall novels and I’m sure there are so many more, but I should probably stop!

A: I’m currently working on a book which opens with a car accident on Christmas Eve. It’s several cars piled up on the side of the freeway and it’s revealed that all of the cars involved are carrying members of the same extended family who were travelling in convoy on their way to their Christmas getaway. 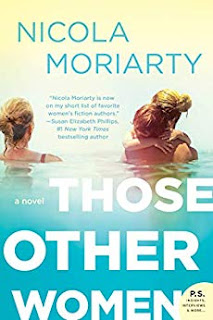 The book then moves back in time to the months leading up to the crash in order to delve into the family’s lives and figure out why the accident happened. Was it the woman who’s been drinking a bit too much during the day? Was it the parents of a newborn baby who are sleep-deprived? Was it the teenage daughter who’s become angry and unhappy because of something that’s going on at school? Or was it the matriarch of the family who’s keeping a secret from everyone?

I keep likening the concept to the children’s book by Pamela Allen – Who Sank the Boat? It jumps into my mind every time I’m working on the book!

A: Before I became a writer, I worked in advertising, administration, reception, door-to-door sales, marketing, waitressing, retail and telesales. I worked for an IT company, a hardware company, a theatre restaurant, a window company, a chocolate company, a Chinese restaurant, a wedding reception venue and a pizza place. I studied marketing and I ran my own gift hamper business for several years and I worked as a swimming teacher for almost a decade.

I think the reason I’m mentioning this is because people often wonder about the best pathway to becoming a writer and I think it’s important to know that there is no one single pathway to writing. I know so many authors who have achieved their dream of being published after all sorts of different careers and courses and at all sorts of different times within their lives. So, if it’s something you really want to do, never think it’s too late, there are many ways to make it happen!

--Interview with Deborah Kalb. Here's a previous Q&A with Nicola Moriarty.
Posted by Deborah Kalb at 6:31 AM