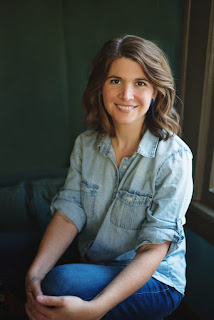 Susan Rebecca White is the author of the new novel We Are All Good People Here. Her other novels include Bound South and A Soft Place to Land. She has taught creative writing at Hollins, Emory, SCAD, and Mercer University, and she lives in Atlanta.

Q: How did you come up with the idea for We Are All Good People Here, and for your characters Eve and Daniella?

A: Twenty years ago, I became fascinated by Sara Jane Olson’s (née Kathleen Soliah) arrest in St. Paul, Minnesota. The FBI pulled Mrs. Olson over in her minivan, as she was driving to one of her many volunteer jobs. Allegedly, the agent who approached her vehicle said, “It’s all over, Kathleen.”

At the time of her arrest, Sara Jane Olson was a middle-aged housewife happily married to a doctor, the mother of three daughters, a beloved member of her progressive Methodist church, and a talented actor in local theater. She hosted fundraisers for liberal causes, she was known as a fabulous cook, she read to the blind and volunteered with torture victims.

And, she was eventually convicted of having, in 1975, helped plant pipe bombs beneath police cars in Northern California along with other members of the militant, far-left group, the Symbionese Liberation Army, or SLA. (Thank God, the bombs did not go off.)

She was also convicted of having participated in an armed bank robbery, during which an innocent civilian, Myrna Opsahl, was shot and killed. Mrs. Opsahl was a mother of four, and married to a physician, just as one day Sara Jane would also become a doctor’s wife.
I became obsessed with Sara Jane Olson’s story: by how a woman as charming and vivacious and good as Sara Jane appeared to be had once been drawn into a group as brutal and nihilistic as the SLA; by how much the historical moment we find ourselves in influences the trajectory of our lives; by how seamlessly Kathleen/Sara Jane re-invented herself, and by the nagging thought that maybe she didn’t reinvent herself—she just acclimated to each environment she found herself in.

Sara Jane's story surely planted the seed for We Are all Good People Here, though it would be another 15 years before I began writing it. 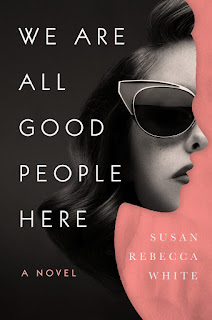 Another seed: In 2003, the year the second Iraq War began, which I marched against, I watched a documentary about the radical anti-Vietnam War group, the Weathermen, who tried to "bring the war home,” in part by detonating a series of bombs throughout the United States that mostly hurt property, not people.

I was fascinated and horrified by this group whose outrage over the war and race relations in America led them to literally bomb the Pentagon. I read every biography and autobiography I could about its members.

I was particularly drawn to one, Diana Oughton, who arrived at Bryn Mayr College a Goldwater Republican who didn't believe in Social Security, who brought with her a sterling silver tea set with which to serve her classmates afternoon tea. Diana ended up blowing herself up in 1969, in a townhouse in Manhattan, building bombs she allegedly intended to plant at a dance for noncommissioned officers and their dates.

How did the girl who arrived at Bryn Mayr with her silver tea set turn into this brutal radical, willing to kill civilians in order to bring about what she saw as a necessary revolution?

The seed for Eve Whalen was planted by Sara Jane’s story, but Diana Oughton was the fertilizer that made it grow.

That said, it was a struggle to write this book. I joked to my husband that I was going to become a “darling of the far right” by writing about the most extreme and crazy actions of the radical left.

I did not want to ignore their real despair over the state of the world, and their legitimate critique of America’s racism at home and imperialism abroad. I also did not want to leave out the concurrent movements on the left that seemed deeply grounded in virtue, rather than narcissism. 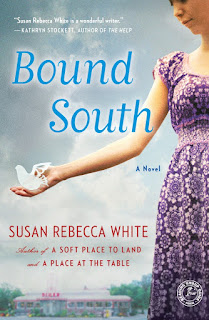 That is what got me thinking about Daniella, and her divergent path of activism by going to Mississippi to register voters, and eventually becoming a human rights lawyer.

Q: The novel begins in 1962 and ends three decades later. How did you decide on the book's time frame?

Reagan’s presidential campaign slogan in 1980 was, “Let’s Make America Great Again!” And to do that, he promised to restore patriotism, manliness, authority, morals, and boundaries. And on a micro level, that’s what Eve needed, after everything in her life blew up, and she was left with only simmering ashes around her.

She wanted and needed structure, boundaries, a safe place. So, she married the first man who offered her that, the patrician Bob Powers. And Bob was a classic white Southern male who switched political parties with Reagan, who believed the world needed more order. I wanted to show that national political shift.

I also wanted to give Daniella and Eve daughters, because I’m interested in how women re-invent themselves when they become mothers. On a really small level, we change how we talk. Or, at least, I do. I’ve pretty much stopped saying “fuck” (except for just now), and I’ve replaced “hell and damn” with “heck and dang it!”

But we also, perhaps, stop seeing ourselves as sexual beings, or political beings, or wild beings. We are now the authority figure, and we present as such, sometimes burying who we once were. And on some levels, that’s healthy and appropriate. But I was interested in the idea of women who deeply bury their pasts…like Sara Jane Olson. Eve is an extreme of that idea of reinvention. 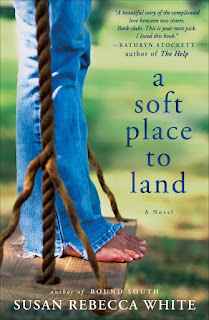 A: My brilliant writer friend, Joshilyn Jackson, came up with the title. I think it works on multiple levels. I think that most of us have the potential to be very good, to care tenderly for each other, to give our money away freely to those in need, to nurse our children and stroke their head at night when they are sick, to love deeply and selflessly.

And I also think we can’t escape the “Human Potential to F Things Up,” which is how the brilliant Nadia Bolz Weber defines sin. (And she credits writer Francis Spufford with coming up with that term.)

For those of us born into privilege, and especially for those of us born into privilege who also have white skin, it’s very easy to go along with systems that literally kill darker-skinned people, because the system works to our advantage. And in that sense, I think of the title as ironic. On many levels: we’re not that good. For me, that’s where turning toward a deeper, bigger, more eternal love comes in.

Q: Did you need to do much research to write this novel, and did you learn anything that especially surprised you?

A: Good Lord, did I do a lot of research! I watched a lot of documentaries, read a ton of books (I tried to read books from a wide variety of ideological perspectives on the ‘60s: some lauded the era, others thought it was a nightmarish time.) I read autobiographies of former members of the Weathermen; I read letters sent home from volunteers during the Mississippi Freedom Summer.

Their sound logic was that the all-white delegates did not represent the people of Mississippi, as fewer than 5 percent of black citizens in Mississippi were even registered to vote in 1964 (and not for lack of will, but rather because of voter suppression backed by violence.)

In the end, President Johnson, running for re-election, was too scared of losing the support of the Mississippi “Dixiecrats,” and other white Southern Democrats, and so he offered the MFDP a symbolic two seats on the floor (out of 70.) The MFDP turned him down.

I always heard of “Freedom Summer” as such a victory. And in some ways, it was. And in other ways, it was a terribly scary and disheartening time. We have a tendency to put a nostalgic mist over everything that happened in the past. But it’s all so much more complicated than the easy stories we tell ourselves once it’s all over.

A: I’m writing some exploratory essays about progressive Christianity. I’ve also got an idea for a new novel, based on a true crime. But being as I’m suspicious, I don’t want to say anything beyond than that!

A: My son just started kindergarten!