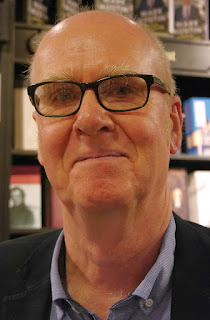 Adrian Tinniswood is the author of the new book The Royal Society & the Invention of Modern Science. His many other books include Behind the Throne and The Long Weekend, and his work has appeared in a variety of publications, including The New York Times and BBC History Magazine. He is senior research fellow in history at the University of Buckingham, and he lives in Bath, England.

Q: Why did you decide to write about the Royal Society?

A: The Royal Society has fascinated me for nearly 30 years, ever since I started researching my biography of Christopher Wren, His Invention So Fertile. Wren was a founder member of the Society, and it was reading about him and his friends that drew me towards the topic.

The Royal Society was founded at a time (1660) when science as we know it today was being born; when men – and it was almost exclusively men – were challenging ideas which had been accepted for centuries, about the universe, about the human body, about the natural world and everything in it. The Society’s motto was (and still is) Nullius in verba, which translates roughly as “Take nobody’s word for it.” It could just as well have been “Prove it!”

Q: How would you describe attitudes toward science in 1660s England, when the society was founded, and what was the reaction to its founding?

A: Attitudes towards science, experimental philosophy as it was known then, were in a state of flux in 1660s England. Plenty of people still believed in the existence of centaurs, unicorns and giants; commentators could uphold in all seriousness the notion that serpents were generated from the brains of the dead, that the chameleon lived on air and the ostrich ate iron, that the elixir of youth was a reality and that basilisks hatched from eggs laid by cocks. 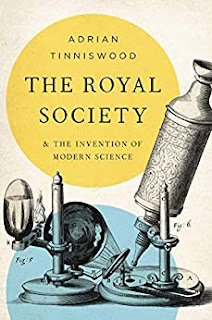 The universities were trapped in the past, with scholars studying classical authors and being taught to accept a worldview that had been current when those classical authors were alive, 2,000 years before them. Many in the Church thought it was blasphemy to suggest the earth moved round the sun. Anyway, common sense said it was impossible – if the earth were travelling through space, why weren’t we all thrown off it?

So it wasn’t surprising that the establishment felt threatened by the new science in general, and by the Royal Society in particular. The University of Oxford’s public orator gave a speech calling members “that profane, atheistic, epicurean rabble… who have lived so much to the defiance of God.”

But the Society had to contend with other critics. Its supporters were eager for results. The diarist John Evelyn, another early Fellow of the Society, was exasperated at the “ignorant and comical buffoons… crying out, and asking, What have the Society done?” And people made fun of the experiments that Fellows carried out. Even King Charles II, who supported the Society and gave it its first royal charter, roared with laughter at its members “for spending time in weighing of air, and doing nothing else.” 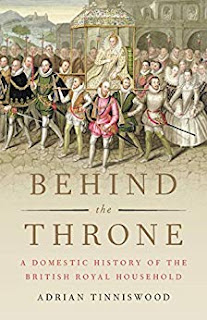 A: The Royal Society has always been good at writing its own institutional history, ever since one of its Fellows, Thomas Sprat, published his History of the Royal-Society of London in 1667. It has also been good at record-keeping: Philosophical Transactions was launched in 1665 and is the world’s first and longest-running scientific journal. And Notes and Records, the Society’s journal of the history of science, is a mine of information.

Of course one needs to treat with a little caution any institution which constructs its own history, and as well as consulting the Society’s own records I went to the letters and journals of its contemporaries and critics, from the 17th century onwards. I felt it was important to look at both sides of the story.

Did I learn anything that surprised me? The size of the Society’s achievement surprised me. It has been at the forefront of scientific endeavour for more than 350 years, and its 8,000 elected Fellows have included every important scientist working in Britain, from Isaac Newton to Charles Darwin to Tim Berners-Lee.

Presidents of the Royal Society have included Christopher Wren; Newton; Hans Sloane, whose scientific collection was left to the nation and effectively created the British Museum; the famous botanist Joseph Banks; Ernest Rutherford, the father of nuclear physics. The Society sponsored Captain Cook’s famous voyage of discovery to Australia and New Zealand in 1768. It’s fair to say that the world would be a very different place without the Royal Society and its Fellows. 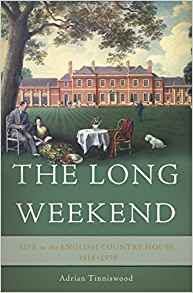 I suppose the other surprise was that today, less than 10 per cent of Fellows are women, although that is slowly changing for the better. And I suspect it has less to do with the outlook of the Society, and more to do with historic male dominance in the sciences in general.

Q: What role do you see the Royal Society playing over the decades, and what do you see looking forward?

A: The Royal Society’s fortunes and reputation have waxed and waned over the centuries. After a spectacular start in the 17th century, it became rather inward-looking in the 18th, more of a self-congratulatory talking shop than a forum for real science. Reforms in the 19th century gave it a new lease of life, and in the 20th it was at the forefront of the debate over the ethics of science.

Today it has evolved into a more public-facing, reflective organisation, engaging with a whole series of issues from climate change and embryo research to genetically modified foods and data governance.

Does it still have a role, in a world where governments and academic institutions and private businesses determine the course of scientific research and control its benefits? Of course it does, precisely because so many groups are bent on manipulating scientific advances in their own interest. An independent voice in the scientific community is more important now than it has ever been.

A: I am working on a book about life in English stately homes in the 1950s and 1960s. Called The Guilt and the Gingerbread, it’s a kind of non-fiction “Whatever happened to Downton Abbey?”, exploring the ups and downs of English stately home owners in the decades after the Second World War. Writing it is huge fun – I hope that reading it will be just as much fun when it comes out in 2021.

--Interview with Deborah Kalb. Here's a previous Q&A with Adrian Tinniswood.
Posted by Deborah Kalb at 8:35 AM