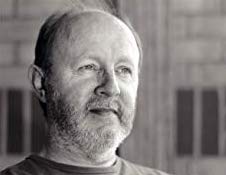 Peter Doggett is the author of the new book CSNY: Crosby, Stills, Nash & Young, about the musicians David Crosby, Stephen Stills, Graham Nash, and Neil Young. Doggett's other books include You Never Give Me Your Money and Electric Shock. He lives in London and Sussex, England.

Q: You write that you're a fan of CSNY. At what point did you decide to write a book about them?

A: I confess that I had to be reminded by my agent that there were some commercially helpful anniversaries on the horizon – 50 years since CSN and CSNY formed, and of course 50 years since Woodstock. That was in 2016, when I was midway through the research for a book that had almost nothing to do with music. But I had always thought that one day I would end up writing about CSNY, as I’ve always been so passionate about their music, in all its different permutations. So I decided to set aside my other project for a couple of years, and focus on CSNY instead. In a way, it felt like coming home.

Q: In the book, you write, "Crosby, Stills, Nash & Young have spent approximately two of the past fifty years as a functioning band, and the other forty-eight years fending off questions about why they are no longer together." How would you describe the dynamic between the four musicians? 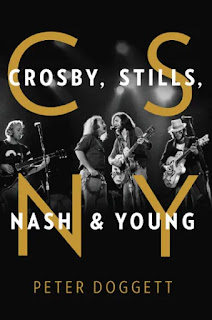 A: In one word – “difficult”! And I hope my book explains why. The great joy of CSN and CSNY is that those bands are comprised of immensely talented, willful, driven musicians and songwriters, who can strike sparks off each other and inspire each other to heights they can’t always achieve by themselves. The other side of that equation is that all four of them are (like most creative artists) egomaniacs, each convinced that they know better than anyone what to do in every situation. Usually rock bands have one or two creative forces, and several support players to balance them out and keep them on the road. With CSNY, there was too much ego for their collaboration to work out on any regular basis.

The additional complication was the shift in power among the three and then four musicians. In the beginning, there were three guys who discovered that when they sang together, they sounded like nothing else on earth. One of them, Stephen Stills, was also (in 1968-69) a prolific and brilliant songwriter, a multi-instrumental genius and a crazed workaholic. So it made sense on their first album that Stills would dominate, and Crosby/Nash were happy to step aside and let him get on with it.

Thereafter, Stills considered that CSN was his band – and he didn’t see why that would change when his old friend Neil Young was added to the mix. At the start, CSN were stars and Young was merely a cult attraction, but within a matter of months, his popularity grew to rival theirs. At the same time, Crosby & Nash found that they enjoyed Young’s company more than Stills’, and that crucial CSN bond was broken. Stills began to push too hard to stay in control, and at the same time he felt wounded by the way things were changing. It was only commercial need and shared musical appreciation that kept CSNY together long enough to finish their 1970 tour, before they split up. 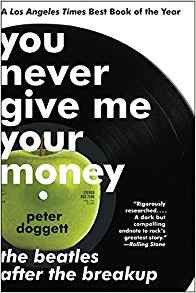 By 1974, when they reunited, Neil Young was now setting the agenda; and it’s been that way ever since. CSNY have only come together when he says so, and entirely on his terms. So it’s my thesis that although the CSNY of 1974 and afterwards may comprise the same musicians, it’s NOT the same band.

Q: How did you research the book, and did you learn anything that particularly fascinated you?

A: As I’d been following these musicians’ careers closely since 1970, I was in the lucky position of not needing to find out who they were and what they’d done. I had also interviewed Crosby, Stills & Nash on many occasions, plus lots of their friends and associates. And I had access to all their music, released and otherwise.

To flesh out what I already knew, I delved deep into printed archives where people don’t usually go – local and regional papers across North America, obscure underground newspapers from the hippie era, and long-forgotten rock magazines that were overshadowed at the time by the likes of Rolling Stone. I was amazed how much additional information I picked up from my research – everything from an interview with Stephen Stills’ mother from the late 1950s, talking about her precocious son, to almost day-by-day coverage of CSNY on the road, as they travelled around the country.

It’s tough to single out one thing that particularly fascinated me – but more than anything I was amazed by how much I discovered that I didn’t already know, given how much attention I’ve been paying to these guys since I was a kid. So I felt pretty sure that even their most diehard fans would have the same experience when they read my book.

Q: Do you have a few favorite CSN or CSNY songs? 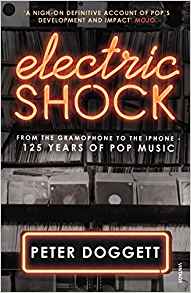 A: A few? That’s a tough assignment! David Crosby’s first solo album, If I Could Only Remember My Name, is my favourite record of all time, and I could make an equally strong case for almost everything these four musicians laid their hands on between 1966 and 1976, together and alone. If I had to pick one song by each of them from their classic period, I’d go for Deja Vu from Crosby; Lady of the Island from Nash; Country Girl from Young; and Suite: Judy Blue Eyes from Stills. Plus Carry On, to show off the CSN vocal blend at its most perfect.

A: I’m still being torn between two projects – another music-related book which I can’t tell you about in case someone else steals the idea, and the book that I put aside when I started to work on CSNY. I can tell you about that one – it’s a study of the sexual culture of the 1960s, from the furor around the making of the Lolita movie onwards. The research for that book has taken me to some very strange places, but it’s been absolutely fascinating. Now all I have to do is write it!

A: The more non-fiction books I write, the more I come to realise that – as long as they come from the heart – non-fiction projects almost always turn out to be autobiographical in some way, even if that isn’t immediately apparent to the reader. (Most of the time it shouldn’t be apparent at all, in fact.)