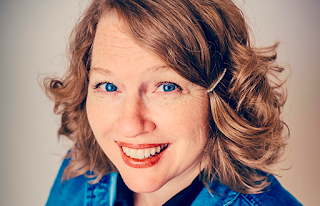 Katherine Center is the author of the new novel Things You Save in a Fire. Her other books include How to Walk Away and Happiness for Beginners. Her work has appeared in a variety of publications, including Redbook and O Magazine. She lives in Houston.

Q: How did you come up with the idea for Things You Save in a Fire, and for your character Cassie?

A: I wrote Cassie at a time when I felt like I really needed a hero. A different kind of hero. A hero who was both brave and vulnerable, both tough and tender, both strong for herself and others.

I also needed a female hero, specifically—someone who got it, who knew what women face every day and all the countless invisible and unsung ways that women are brave every day.

Q: You dedicated the book to your husband, a volunteer firefighter, and thanked him for his help. How much research did you need to do to write this novel?

A: I did a ton of research! Because my husband has been involved with EMS for the 25 years we’ve been together, I went in knowing exactly how much I didn’t know! So I visited firehouses, got tours, interviewed firefighters, collected stories, and filled notebook after notebook with notes about the life. 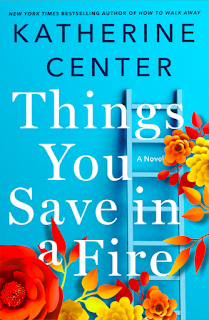 I also interviewed my husband over and over and asked him to read draft after draft. That was the most fun of all for me: getting to peek into that world through his eyes.

Q: What do Cassie's experiences say about the challenges faced by women working as firefighters?

A: Well, based on my research, there are a lot of challenges for women in that field. I think only 2-3 percent of firefighters in this country are women—so it’s not a profession with a lot of gender parity.

But, in a lot of ways, they’re not that different from the challenges women face in any field—just more pronounced, more easy to see. Women writers face all kinds of institutionalized sexism, for example, but it’s harder to spot.

That said, it’s complicated. Firefighters are good guys—genuine helpers—and so looking at all those issues in the context of firehouse life is pretty compelling. 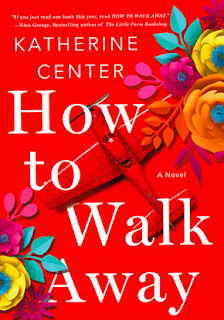 There are no easy villains—just complicated people with ideas about each other worth exploring. I love the guys in the firehouse, even though they consistently underestimate Cassie. There’s a lot to think about and talk about there.

Q: Do you know how your novels will end before you start writing them, or do you make many changes as you write?

A: I know how parts of them will end. Or, at least, I know how I want them to end. I start writing with an idea of where I want to go because I think it’s crucial to know what you’re trying to do before you start writing so that everything in the story is there for a reason.

That said, once the story has come to life, I often change details and defer to what the story and the characters want. Outlines are useful, but I never want to stick to them in a rigid way. I love being surprised—and it happens to me over and over while I’m writing. 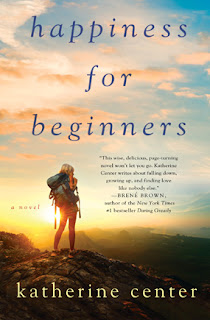 A: I’m writing a new book that brings back a minor character from my book Happiness for Beginners—a guy named Duncan, who is the younger brother of the main character. In the new story, it’s 10 years later, and Duncan has grown up a lot since we last saw him—maybe too much.

I absolutely fell in love with Duncan when I was writing Happiness for Beginners, and it is beyond fun to get to hang out with him again and give him his own story.

A: My fourth novel, The Lost Husband, is being adapted into a movie starring Leslie Bibb and Josh Duhamel! That’s been a very exciting part of the past year for me.

The director, Vicky Wight of 6 Foot Pictures, very kindly invited me to be an extra in the movie—so I got to spend a day on the set and meet the actors. It was pretty epic! The movie should be out sometime in the next year.