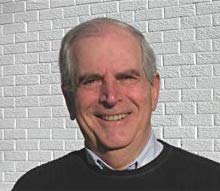 James H. Johnston is the author of the new book Murder, Inc.: The CIA Under John F. Kennedy. His other books include From Slave Ship to Harvard, and his work has appeared in a variety of publications, including The Washington Post and The New York Times. He is based in Washington, D.C.

Q: Why did you decide to write about the CIA during the Kennedy administration?

A: Fools rush in where angels fear to tread. John Kennedy’s assassination gave rise to the term “conspiracy theory” as applied to attempts to prove the Warren Commission wrong. The shooter was on the grassy knoll; the CIA was behind it; Lyndon Johnson did it; organized crime was responsible; the assassin was a Lee Harvey Oswald look-alike. These are a few of hundreds of such theories with little or no factual support.

Friends warned me that a book on the subject was a waste of time at best and, at worst, a reputation-destroying project.

I didn’t listen. I had been a lawyer for the Senate Intelligence Committee in 1975-76. The committee issued one report on the CIA’s assassination plots under Kennedy and a second report on the relationship between those plots and Kennedy’s death. Still, many issues remained unresolved.

Nagging at me over the years since then was what an intelligence agency witness told me in 1975. The Warren Report had portrayed Oswald as a misfit with delusions of grandeur who killed Kennedy to secure a place in history, so I said something like, “Mr. Witness, Lee Harvey Oswald was hardly the kind of man a foreign intelligence service would recruit as an assassin.” His response stunned me. “No, Mr. Johnston, he was precisely the kind of man they would use.”

Clearly, I concluded, there was a huge gap between what the intelligence agencies knew about the assassination and what the Warren Report said.

In a nutshell, the book tells the tale of the Kennedy administration’s attempts to get Fidel Castro and the communists out of Cuba in any way they could, including assassination, and of Lyndon Johnson’s decision to shut down what he later called a “Murder, Inc. in the Caribbean.”

The book also discusses the relationship of the assassination plots against Castro to Kennedy’s own assassination. I expected others would write about this, but every major history of the Kennedy and Johnson administrations glides over the subject. Therefore, I decided to write about it myself.

A: A great deal of my research was in the JFK Records Collection at the National Archives in College Park. It holds 266,399 documents. I obviously couldn’t read them all. I only looked at the ones that related to the CIA assassination plots against Castro and the possibility that he retaliated.

There is a joke about the rabbi, priest, and minister bragging about who is pious enough to walk on water. Obviously none can actually walk on water, but one appears to succeed because he knows where the rocks are. Well, with respect to the JFK Records Collection, I knew where the rocks were. In addition, I found several excellent books on CIA operations under Kennedy for which the authors interviewed those involved.

An overarching theme of my book is whether John Kennedy approved a CIA plot for a coup in Cuba in the fall of 1963 that included Castro’s assassination or whether the CIA charged off doing this on its own. I was, therefore, interested in any evidence that tied John Kennedy or his brother, Attorney General Robert Kennedy, who ran U.S. Cuban policy, directly to the assassination aspects of the operations. 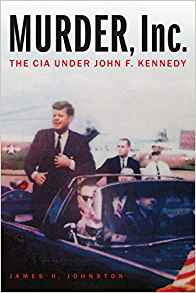 I made two dramatic finds. The first was one of those pink “While You Were Out” slips that a researcher turned up at the Kennedy Library in Boston. It showed that within an hour of learning that the Cuban assassin the CIA was working with wanted to meet personally with the attorney general, the CIA’s Desmond FitzGerald called Robert Kennedy. Kennedy’s answer was apparently “yes” since later CIA documents say Kennedy would meet with the assassin if necessary.

Second were the memoirs of the CIA’s Richard Helms, published posthumously. Helms was responsible for all CIA covert operations in 1963. CIA documents show that on Nov. 19, 1963, he made the decision to give the Cuban assassin sniper rifles and a poison pen he had been requesting. His memoirs disclose the added fact that he met alone with first Robert Kennedy and then John Kennedy that same day to talk about Castro.

Taken together, these documents seem to be smoking guns, showing John Kennedy approved Castro’s assassination three days before he himself was murdered.

Q: You write, "The investigation of the Kennedy assassination should be viewed as an intelligence failure, one of the greatest in American history." What do you see as some of the reasons?

A: I call this an intelligence failure for two reasons.

First, although the CIA had run assassination operations through the underworld, it was reluctant to get its own hands dirty. CIA officials had moral objections to killing foreign leaders and in the 1963 plot resisted the Cuban agent’s request for sniper rifles.

This changed with those Nov. 19 meetings between Helms and the Kennedys. Indeed, the CIA case officer was meeting its Cuban agent in Paris, promising him the rifles, and giving him a poison pen at the very moment Kennedy was gunned down in Dallas.

The new president, Lyndon Johnson, expressed in the strongest terms his objections to the nasty things the CIA had been doing and ordered them stopped. The domestic and international repercussions of Kennedy’s approving assassination, if word got out, would be disastrous. And so, the investigation of his assassination was intentionally steered away from the CIA’s Murder, Inc.

Second, U.S. intelligence agencies in the 1960s were like Keystone Cops. It wasn’t that they didn’t play well together; they constantly fought like children squeezed together in the backseat of a car on a family vacation. The book details a myriad of astonishing intelligence failures in the investigation of Kennedy’s death. The Keystone Cops might have done a better job. 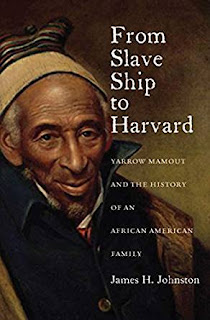 A: I conclude the book with three lessons.

One is that history happened differently from how it has been recorded. Kennedy’s assassination wasn’t an unexpected bolt out of the blue as the public was led to believe. The storm clouds had been gathering all that fall. In September 1963, Fidel Castro publicly warned that U.S. leaders would not be safe if the CIA’s operations against him continued, and yet they had.

While a mid-level government committee analyzed Castro’s words and concluded he might try assassinating an American diplomat in Latin America, it ignored what he in fact threatened, which was the assassination of John Kennedy. The committee didn’t bother to warn the FBI or Secret Service.

Another lesson is about the dangers of the mindless secrecy that has pervaded government since World War II and prevents voters from making informed choices in elections. The public has been kept in the dark for 56 years about what was really going on in the fall of 1963.

A trivial but useful example of this secrecy was Oswald meeting with a Soviet KGB assassination officer during Oswald’s visit to Mexico City in September 1963. The intelligence agencies insisted this fact be withheld from the public. Why? From whom were they trying to keep this secret? The Soviets knew their man’s resume included assassination. The only reason to keep it secret was to avoid alarming a nervous public with seemingly sinister information.

A third lesson is the danger of intelligence agencies engaging in such things as murder that are contrary to fundamental moral principles. In this case, the CIA feared that a full and complete investigation of Kennedy’s death would make public its plots to kill Castro. The public has never been told the whole truth, that a foreign power may have selected a new U.S. president through assassination.

A: I am pausing. Murder, Inc. deals with the greatest unsolved mystery of the 20th century. Finding a subject of equal importance is hard.

On the other hand, I seem to have found a niche for what might be called “investigatory history” with this book and with my previous one, From Slave Ship to Harvard, Yarrow Mamout and the History of an African American Family, which tells an overlooked and uplifting story in black history. I like telling historical stories that are different from the ones everyone has heard.

I do have a fictionalized version of Murder, Inc., so if the book is popular but people want a lighter read, I will look into publishing the novel.

A: Well, since I mentioned the novel, I should confess that I wrote it first. Narrative history is hard because the writer has to do the research, and he has to get it right. With a novel, you can make things up. You can fill in the gaps in your research. You don’t have to spend weeks poring through documents at the National Archives.

Doing the novel first proved a boon when it came time to write Murder, Inc. because the book is somewhat like a novel with footnotes. It flows chronologically and tells the story of the CIA operations against Cuba through the words of those involved. The reader is a fly on the wall at national security meetings with John and Robert Kennedy, in conversations between Lee Harvey Oswald and his wife, and in CIA meetings with spies in safehouses.

Finally, I want to point out that this isn’t the last word. I identify relevant material that remains classified for unknown reasons.

For example, the Kennedy Library has a still-classified audio tape of an August 15, 1963 meeting with John Kennedy and the top echelon of the CIA, including those responsible for Cuba and those responsible for Vietnam. This appears to be the only meeting Kennedy had with such a broad spectrum of CIA leaders, and one has to wonder what it was about.

There is also Oswald’s Soviet-made radio that appears to have been modified but was never tested to see if he could pick up Cuban radio transmissions with it. Thus, there may be still more to the story.

--Interview with Deborah Kalb. Here's a previous Q&A with James H. Johnston.
Posted by Deborah Kalb at 6:15 AM