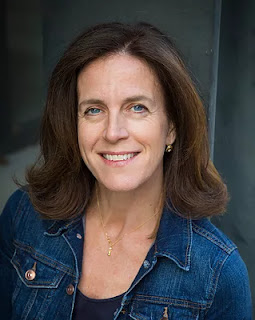 Clare Clark is the author of the new novel In the Full Light of the Sun. Her other novels include The Great Stink and Savage Lands. She lives in London.

Q: In our previous interview, you noted that after writing a novel about Britain in the post-World War I era, "I really wanted to look at the other side" and examine Germany during the same time period. Did you find that the fact that you'd written about this time period in We That Are Left affected the creation of In the Full Light of the Sun?

A: Yes, absolutely. In writing We That Are Left I had spent two years thinking about the effects of loss, grief, and unprecedentedly cataclysmic war on a family but in Britain at least those families were on the winning side. However devastating the effects, however shattered their lives, they had the crumbs of comfort that came from knowing that their sacrifices and those of their loved ones had been somehow “worth it.”

Germany lost twice as many men as the British Empire – almost 1.8 million, with another 4.2 million wounded – and for what? No one in Germany had thought they would lose the war. Many people hated the government for signing the armistice, they believed politicians had stabbed their brave army in the back. Meanwhile the war had taken a huge economic toll on the country, people were starving. There were violent clashes on the street between political factions on the left and right.

This febrile atmosphere was only intensified by the harsh terms of the Treaty of Versailles, in which Germany as the loser was expected to pay the price of the war.

I wanted to explore what it might have felt like to have lived through these times, to have suffered so much for what turned out to be so little, and to understand better the human experiences that meant that the humiliation of Germany after the First World War led to the rise of Hitler and another catastrophic war. 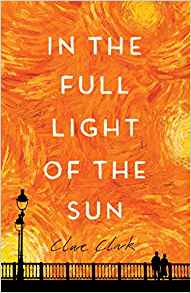 But I knew I didn’t want to write another family story, I wanted to look at the issues through a very different lens to the one I had deployed in We That Are Left. It was while I was thinking about a fresh way to tell the story that I stumbled upon the story of Otto Wacker and the 32 supposed van Goghs.

Q: The novel is based on actual events. How did you research the book, and what did you see as the right balance between the historical facts and your own fictional work?

A: The question of balance between fact and fiction is always such an important one to me. I have an instinctive resistance to ventriloquising real people – Hilary Mantel does it brilliantly but I think too often it feels contrived and unconvincing, it brings the reader too often up against the reality that the story they are reading is imagined, not true. So I tend to use real people and events as a springboard for my stories.

As for the work behind the book, I researched this book as I do all my novels, beginning with general history and slowly bringing in the focus to particular areas that fascinate me or seem to be taking my story somewhere: diaries, monographs, newspaper articles, letters.

The Wacker affair appeared at first to have generated relatively little coverage, though there were two books upon which I depended heavily: Solar Dance by Modris Eksteins and A Real Van Gogh by Henk Tromp. But of course the twin subjects of Van Gogh and the mythology that surrounds him, and of art forgery, the suspicion of which has dogged a number of Van Gogh’s most famous paintings, have generated reams and reams of material.

It slowly became clear to me that I would be able to read forever if I wished to so in the end I had to put away the books and decide to start writing. 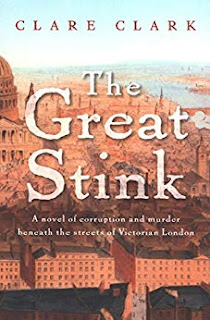 I knew straight away that I would have to diverge from the facts of the Otto Wacker case because not only was it much too complicated for my purposes, it was often so preposterous that I knew if I wrote it as fiction no one would believe it! Instead I wanted to focus on the ideas and questions that his strange history inspired in me: the fascinating pull between the beauty of art and its financial value, our fixation with the artist over the art, the myths and stories we tell ourselves that we find so much more compelling than the ordinary truth.

In my novel, the Wacker character, Matthias Rachmann, is deliberately vague, we only ever see him through the eyes of other characters. He is the composite of their imaginings, his reality is derived from the motivations, desires and attributes that they give him.

The story of the fake paintings runs through the novel like a spine, it gives the book its shape, but the flesh of the novel is formed of the stories of the three characters who carry its narrative, Julius, Emmeline, and Frank. It is their stories that matter the most and of course all three of those characters are completely figments of my imagination, even if Julius is inspired by the real-life critic Julius Meier-Graefe.

A: The title of the novel comes from a quote by Gauguin, who lived with Van Gogh in the Yellow House in Arles in 1889. Years later, in 1903, the impoverished Gauguin was dying of syphilis in the Marquesas Islands, having worn out his welcome in Tahiti.

In his last months he wrote a memoir, Avant et Après (Before and After) in which he seems to claim that it was he who directed Van Gogh towards the sunflowers as a subject: “I undertook to enlighten him [van Gogh] … From that day on my van Gogh made astonishing progress: he seemed to have an inkling of all he had in him, hence that whole series of sunflowers on sunflowers in the full light of the sun.”

As well as being a beautiful encapsulation of Van Gogh’s most famous paintings, this piece of gratuitous myth-making struck me as soon as I read it as the perfect encapsulation of the themes of my novel. In fact Van Gogh painted the sunflowers before Gauguin’s arrival, as a welcome to his friend and to decorate his room, but, alone and obscure, terrified that posterity would forget him, Gauguin chose to remember things differently. He forged his involvement in his friend’s work, knowing that he was no longer alive to contradict him. 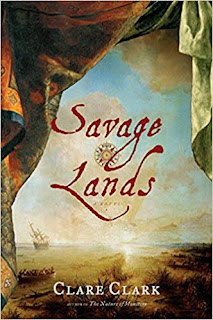 A: I hope with this novel, as I do with all my books, that readers will feel themselves transported to another time, and that they will feel able to experience that time through the eyes of characters whose reality they entirely believe in. My starting point when I write a story is always, “What would it have felt like to live in these times, to face these unfamiliar challenges?”

But of course it is impossible for me not to bring our present into that process, our times and the issues we face now are the lenses through which we all must view the past.

I hope that In the Full Light of the Sun is a completely transporting story, that all a reader will find him or herself immersed in the characters and their particular experiences and dilemmas. But I also hope that, when the book is finished and put back on the shelf, that it will continue to metabolise in a reader’s mind and in their heart, that it will press them, very gently, to think more deeply about the stories we tell ourselves and the dangers of those stories to what we consider to be the truth.

A: All six of my novels have had historical subjects, from the construction of the great underground city of the sewers in Victorian London to the first French settlers in Louisiana and the long shadows of war in both England and Germany after the catastrophe of World War I.

In each case, as I have already mentioned, I found myself asking myself how I, or a version of myself, would have understood what was happening to me, what I would have done in what, to us, are entirely extraordinary circumstances.

Until now I have chosen to open up a period of history, to look at it from a new and unexpected angle, to bring light to moments in the past that that we have ignored or forgotten. Instead of writing directly about what is happening in the here and now, I have looked to the past to illuminate the present.

But in Britain and in the United States too things are happening that make me feel differently. I am increasingly driven to ask those questions of our own times, to use my fiction to turn them upside down and inside out and try and make sense of them as best I can. So I am currently working on a departure for me, a contemporary project. I’ll keep you posted!

--Interview with Deborah Kalb. Here's a previous Q&A with Clare Clark.
Posted by Deborah Kalb at 6:48 AM