Christina Thompson is the author of the new book Sea People: The Puzzle of Polynesia. She also has written Come On Shore and We Will Kill and Eat You All. She is the editor of Harvard Review, and her work has appeared in a variety of publications, including Vogue and Best Australian Essays. She lives outside Boston.

Q: Why did you decide to write this book about Polynesia, and how did you choose the aspects of the region's history and culture to focus on?

A: I have been writing about the history of the Pacific for more than 30 years, ever since I went to Australia for graduate school. I am especially interested in stories of people who came to the Pacific from elsewhere, and in the beginning I was largely focused on Europeans and their encounters with the indigenous peoples of the Pacific.

But these indigenous peoples, including the people we now know as Polynesians, also came to the Pacific from someplace else. And so in this book I look deep into the history of the Pacific and try to answer a series of questions about who Polynesians are, where they came from, and how more than 1,000 years ago they succeeded in colonizing every habitable bit of land in the world's largest and most daunting ocean. 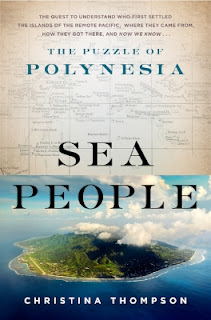 A: I read and read and read. For several years I had more than 200 books out of the Harvard library system; I also read hundreds of articles, which I accessed through Harvard's library. Indeed, I could not have written this book if I had not had access to a library of this caliber.

In terms of method, I followed the classic research practice of beginning with trustworthy secondary sources and following the footnote trail to more obscure materials.

Did I learn anything that surprised me? I learned hundreds of things that surprised me! One was that some Maori of the 13th and 14th centuries were buried not just with grave goods like adzes and pendants but with drilled (i.e., hollow) moa eggs.

Q: How would you describe the dynamic between Captain James Cook and Tupaia, a Polynesian navigator and priest who worked with him?

A: I think of Cook and Tupaia as equals. I describe Tupaia, using Joseph Banks' terminology, as a "man of knowledge," but this is also how I see Captain Cook.

They came from completely different worlds and their knowledge bases were quite different, of course, but they were both men of stature in their respective societies, they were about the same age, they were both used to having authority, and I believe they were both strong in their own ways of thinking and views.

There is some indication that there was some friction between them, though I think there was also mutual respect. I rather like to think of them as two sides of the same coin. 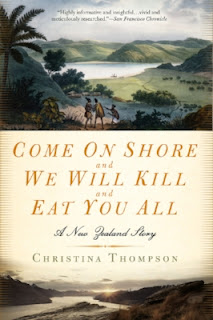 Q: What would you say are some of the most common perceptions and misperceptions about Polynesia?

A: One of the old misconceptions was that Polynesians never had to work, when in fact they had to work to survive just like everyone else. They had to fish and collect shellfish and garden and prepare food. So the idea that they lived in a paradise where food just fell from the trees was an early, but very persistent, false idea.

I also think people often misunderstand Polynesian formality. Polynesians are very polite and I think that sometimes people fail to grasp the underlying formality of their friendliness.

A: At the moment I am just trying to figure out what I want to write about next. I will continue to write about the Pacific and there are a couple of female figures (historians, anthropologists) who interest me, including Teuira Henry and Willowdean Handy. But it's early days yet.

A: I'm happy to report that Sea People just won the NSW Premier's General History Award, which is an Australian history prize. So that's exciting for me.