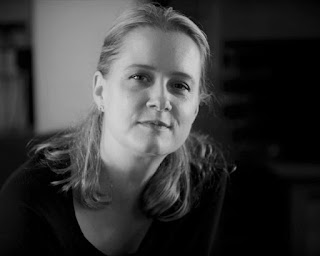 Anna Sherman is the author of the new book The Bells of Old Tokyo: Meditations on Time and a City. She has worked for Hong Kong University Press as well as other imprints in Hong Kong and in Tokyo.

Q: How did you come up with the idea for The Bells of Old Tokyo?

A: Tokyo is difficult to know for many reasons. It’s huge, of course, but also it's also hard to know because of how quickly the city changes. Not just year to year or month to month but day to day. Tokyo is a kaleidoscope.

I didn’t plan to write about the time-telling bells. Then I happened to see one. It was HUGE, bigger than I was, and when I stood next to it, I felt electricity: This…! This! I have to write about this!

I needed a way to shrink Tokyo, to fold it up like origami: it would be impossible to write about the entire place. The bells let me collapse geography and time.

Q: How do you see your depiction of Tokyo perhaps differing from other books or travel memoirs about the city?

A: Richard Lloyd-Parry wrote People Who Eat Darkness about the city’s Roppongi district; but his book focuses not on the Tokyo but on the terrible murder of a young bar hostess. David Peace writes beautiful novels (Tokyo Year Zero, Occupied City) about the postwar years: his style borrows a lot from classical Japanese.

Bells falls somewhere in between straight journalism and a fictional universe. I tried to make it as accurate as I could but without working in a traditional non-fiction format. 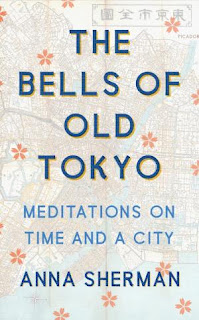 My book’s closest relatives would be James Kirkup’s Tokyo (1966) and Noël Nouët’s Shogun’s City (1934). But both writers were part of the establishment – one had a respected position in a private university, and the other tutored the emperor who has just abdicated – while I was an outsider. I went where I wanted and wrote about what I wanted. That was sometimes a plus and sometimes a minus. I usually had to beg my way in!

Tokyo is thin on memoirs. Many new arrivals write blogs or post on social media. The risk is, when you get to Tokyo, you want to explain the city. I fell into that trap. My writing about Tokyo really improved once I stopped thinking I could explain or ever completely understand it.

Q: What did you learn as you researched the book that especially surprised you?

A: Learning about the World War II firebombs surprised me. How Tokyo was almost completely wiped out, and how much those months of suffering are still part of the historical memory.

My grandfather served in Patton’s army – he was in the ambulance corps – and I grew up literally playing at the feet of men reminiscing terrible things that happened during World War II. The ones I knew were without hatred, without rancour. They were just glad to have survived.

But I hadn’t understood how terribly Tokyo and its civilian population suffered. That was hard to learn about, hard to hear. But to understand why the city looks the way it does in 2019, you need to know about 1945.

A: I wanted to take the reader places that aren’t easily accessible -- into private spaces, one out-of-bounds to most people living in the city.

I visited many hidden, forgotten places and sometimes even forbidden ones: deep into temples; labs where physicists build atomic clocks tiny as rice grains; memorials to war victims in chambers inside the earth; artists’ workshops.

And I read a lot. I wrote the notes for readers who might want to track down books and people – so I hope that the notes will be a treasure map for people who want to go exploring on their own.

A: Another work of non-fiction: my working title is The Big Empty.  I’m exploring the ancient landscapes that were once underneath the Gulf of Mexico. The book ranges from New Orleans north through southern Arkansas’ Tierre Noire country.

Like TBOOT, The Big Empty is a gathering of voices: I talk to creationists and Pentecostal preachers who speak in tongues, neuroscientists who are mapping the brain’s connections and the caregivers and speech therapists who work with my brother. He has a rare genetic syndrome that leaves him unable to speak.

The Big Empty asks: what use are words? And what are human beings, without them?