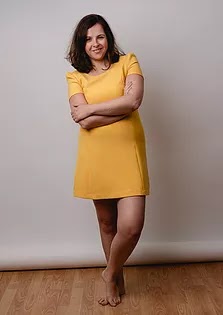 Claire McGowan is the author of the new thriller What You Did. Her other novels include The Lost and The Dead Ground. She also writes under the name Eva Woods. She's based in London.

Q: How did you come up with the idea for What You Did?

A: I actually can't remember when I got the idea as it was a few years ago - but it's partly inspired by a house I used to walk past every day when I lived in the countryside, and also from wanting to write a book partly set in Oxford and about friendship.

A: I had longer than usual to write this one, as I started working on it several years ago on spec. The structure, where we get one chapter from everyone who was there that night, took a while to settle, and the final twist was a late addition. 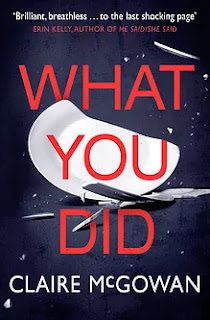 Q: You also write under the name Eva Woods. Why did you decide to use two names, and is your writing process different at all when you're writing in a different genre?

A: It's quite common for writers to use different names, for branding reasons mostly - there are fewer writers than you'd think! The process is pretty similar but my Eva Woods books need to be more about character and tone rather than plotting.

A: I wanted to examine the contradictions of friendship, especially between women, how you can love each other and root for each other, but still have jealousy and secrets.

A: My next thriller, The Other Wife, will be out very soon, in October, and I'm working on the next one after that, which is going to be about a murder in an ante-natal group.

A: What You Did is probably the book that I am most proud of, of all mine!