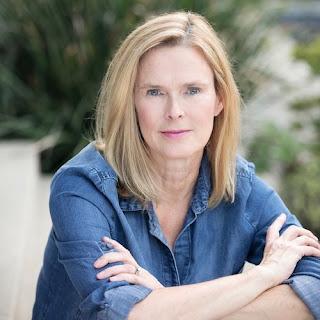 Deb Spera is the author of the new novel Call Your Daughter Home. Her work has appeared in a variety of publications, including Sixfold and The Wascana Review. She owns a television company, One-Two Punch Productions, and she's based in Los Angeles.

Q: You note that Call Your Daughter Home was inspired at least in part by your great-grandmother and grandmother. How did your family stories result in the creation of your three main characters, Gertrude, Retta, and Annie?

A: Really the most important thing that came from those stories was a sense of time and place. Branchville was such a distinct place when I was growing up. The way of life was so different from the suburbs of Louisville, Kentucky, and yet it was also somewhat the same. We always had a vegetable garden. My grandmother whom I called Mamaw, made something out of everything as did my great-grandmother, Mama Lane. Every old dress was turned into an apron or dishtowel. Jelly were made for winter. Corn was shucked and frozen for Christmas dinner.

Mamaw’s memories of Branchville were so different than mine. I experienced it as a place of plenty and she experienced it as a place of lack. She was loved, but she was hungry. So, Gertrude, Annie and Retta are complete works of fiction as were the circumstances in the book, but the stories I heard growing up influenced me and gave me a time and place to explore. That is incredibly valuable to a new writer. 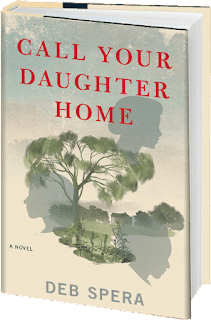 Q: What kind of research did you need to do to recreate South Carolina in the 1920s, and did you learn anything that particularly surprised you?

A: I did research as I went, which I found incredibly interesting. I’d go in search of an answer to my questions about boll weevils, tobacco, old home remedies about how to cure worms, the fashion of the day, and I’d come away with knowledge.

My biggest surprise was what I learned about the female alligator. I didn’t know she stayed with her young for six months. I didn’t know the babies cried out in the eggs until the mother comes to free them and carry them to safety on the shore. The female alligator is the only reptile to care for her young, which quickly became a metaphor for the women in my book. I wanted to explore the primitive nature of women, and how, when stripped to that primitive (or reptilian) state, she becomes dangerous.

A: The title was originally called Alligator, but the marketing team at Park Row felt it wasn’t distinct enough. I tried so many different names and I was very close to giving up and throwing in the towel when I remembered that I’ve always believed the theme of books I love often lie in the center of the story. When I opened my book to the center, I found the birth chapter where Retta tells Nelly to call her daughter home, and I thought, that’s it. The title resonated on every level and for each of these three women. I like it so much more than the original and I never thought I would say that.

Q: What are some of your favorite novels set in the South?

A: Jayber Crow by Wendell Berry, The Stories of Breece D’J Pancake by Breece D’J Pancake, Beloved by Toni Morrison, Light in August by William Faulkner, To Kill A Mockingbird by Harper Lee, Black Like Me by John Howard Griffin, Anatomy of a Miracle by Jonathan Miles, Salvage the Bones by Jesmyn Ward, Clay’s Quilt by Silas House, Country Dark by Chris Offutt,  Cold Mountain by Charles Frazier, The Color Purple by Alice Walker, An American Marriage by Tayari Jones, Florida by Lauren Groff, The Bean Trees by Barbara Kingsolver, Underground Railroad by Colson Whitehead…..to name but a few. There are more.

A: I’m working on novel number two, everyday just chipping away a little at a time. I’m working on a couple of short stories and a children’s book. I’m trying to understand and write more in the essay form. I want to form a curriculum so I may practice craft. I’ve waited so long to find the courage to begin and I feel I cannot waste time. There is so much to learn.

I’ve often wanted to go back to school to get my MFA just to dedicate time to reading, examining and practicing the craft of writing. I’d love to have somewhere to converse about it all, too, but I’ve not done that. Yet. Who knows? And of course, I’m reading. Always reading.

A: I am honored to be a small part of a conversation about story. Thank you for reading mine and allowing me the opportunity to participate.