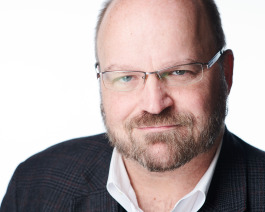 Brian Jay Jones is the author of the new biography Becoming Dr. Seuss: Theodor Geisel and the Making of an American Imagination. His other books include biographies of Jim Henson and George Lucas. He lives in Virginia.

Q: Why did you decide to write about Dr. Seuss, and how would you compare him to the subjects of your previous books, George Lucas and Jim Henson?

A: For any writer, coming up with “the next one” is always tough—and for biographers who write about the kind of big subjects that I do, it’s a particularly messy process because you’ve got a lot of factors to consider: popularity, relevance, the passage of time.

Has the subject been done recently—and if it has, can you bring something new to it? And if you can, is it a subject that readers might be interested in knowing about?

Also: Is it the right subject for you as a biographer? That may sound odd, but the fit between biographer and subject is crucial. I *always* have people coming up to me with suggested topics—and lots of times, they’re really *good* suggestions, but I might feel I’m not the right guy to do it, or it’s not a subject I feel I can embed myself in for three to five years.

So, coming up with your subject requires a LOT of conversation and bouncing around of ideas.

Dr. Seuss, then, was one of those subjects that came about from a lot of conversation and bouncing around of ideas, finalized over a long lunch in New York with my editor and agent. Once it was on the table, it was such a logical next subject that we all said, Oh my god yes, of COURSE, why didn’t think of that in the very beginning?

It really does seem like a logical progression from my previous books—one critic noted that I’ve written a trilogy of American creative geniuses—and while I wish I could tell you, George Lucas-style, that I had it all planned from the start, it was about 40 percent inspiration, 60 percent perspiration.

That said, I think it’s natural to compare him with both Jim Henson and George Lucas. All three are creative geniuses who did something new with what many regarded as a stale format, whether it was television, film, or children’s books. All three were absolutely driven by a creative vision and energy—a commitment to their art that overrode nearly everything, no matter how inexplicable a particular project might seem.

And, interestingly, all three of them had brilliant wives and creative partners who they genuinely loved, whose talent they admired, and who they ultimately lost through intentional or benign neglect. 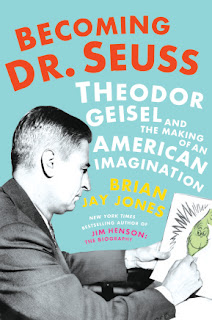 Q: The book's subtitle is "Theodor Geisel and the Making of an American Imagination." How would you define the concept of "an American imagination" as it relates to Dr. Seuss?

A: While it seems inconceivable to us today, Dr. Seuss wasn’t always the bearded, bespectacled icon we can all summon up on our mind’s eye—heck, he didn’t even look like that until very late in his life.

Dr. Seuss didn’t emerge onto the scene fully formed—it took him a long time to actually become what we think of today as “Dr. Seuss,” and there were any number of places along the way where he could’ve gotten sidetracked and gone on to earn a very successful living in a completely different career.

And so, along the way, Dr. Seuss did what Americans have always done: he adapted and improvised, soaking up and learning from his experiences, keeping what he thought was important or what worked, discarding what he didn’t.

He was shaped by his environment—whether it was Springfield, Massachusetts, or Dartmouth or Oxford—and influenced by fellow artists and collaborators like Frank Capra and Chuck Jones.

His was a melting pot of artistic and literary styles and temperaments, all of which he stirred around and ground and distilled into something unique and greater than the sum of its parts—creating that distinctly Seussian rhyme and rhythm and the very distinct artistic style.

Q: The book deals with Dr. Seuss's political work and controversies in which he was involved. How would you describe him politically?

A: Dr. Seuss, even in his lifetime, identified himself as a Democrat, which was the source of some friction between him and his Republican father—particularly when it came to discussions about Franklin Roosevelt. He later joked about how hard it was to register to vote as a Democrat in the conservative southern California of the 1940s.

In the years leading up to World War II, he put aside work on children’s books—he’d done less than 10 at that point—to become the full-time editorial cartoonist for the proudly progressive New York newspaper PM, airmailing cartoons from his home in California back to New York every afternoon. 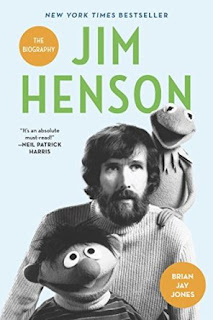 Even today, his work is work for PM is astoundingly relevant, as Dr. Seuss took on racism, America First, anti-Semitism, and corruption—you’ll see his cartoons still passed around social media today. He was proud of the work he did for PM—he called himself a “cockeyed crusader”—and by early 1943, he enlisted in the Army at age 39, joking that since he’d convinced the country to take on Hitler in his cartoons, the least he could do was join the effort.

While for the most part, Dr. Seuss tried to never put overtly political messages in his work, when they did show up, they tended to be so-called progressive, such as The Lorax with its environmental message, or The Butter Battle Book, which takes a rational albeit left-leaning view of nuclear proliferation.

A: As part of my research for the book, I went back and re-read (and in a few cases, read for the first time) every Dr. Seuss book—and my answer to this question changed from the time I started the book to when I finished it.

Growing up, the one Dr. Seuss book that captivated me was The 500 Hats of Bartholomew Cubbins which is probably one of the least “Seussian” of all his books – it’s Dr. Seuss working very much in the traditional fairy tale tradition, with a king and a castle and an executioner and so on. It has none of those whimsical Seussian creatures, and it’s not even written it verse!

But I was fascinated by the idea behind it – a hat that can’t be removed! And at the climax, the king actually orders his executioner to chop off a little boy’s head! It was wild and scary and funny and sincere all at the same time.

But as much as I like that book, as I was reading the entire Seuss oeuvre, the book I fell in love with was If I Ran the Zoo, from 1950 – that “in between” period after World War II, when he’s beginning to take the job of writing for kids much more seriously, but before his really big breakout The Cat in the Hat.

It’s a set-up similar to that of And to Think That I Saw It on Mulberry Street! where a little boy imagines what he would do if he ran a zoo, and the scenario—and animals—gets more and more fantastic as the book progresses. It’s built on his usual anapestic tetrameter rhyme scheme, but it’s some of his cleverest and bounciest verse, and the art in it is absolutely spectacular—some of the best of his career.

Q: What would you say is his legacy today? 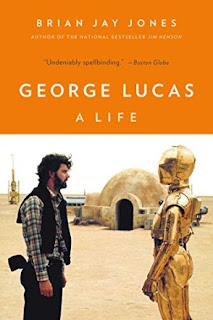 A: Dr. Seuss’s impact continues to be felt today, because he fundamentally changed how we think about books for children—including the books we like to see kids reading today. Dr. Seuss spoke to kids, not down to them, and I think today’s best kids lit—and I’d even apply this to middle grade and YA—embraces that.

We don’t expect children’s reading books to be the turgid primers of Dick and Jane. We want them to be fun to read and fun to look at. We don’t want reading to be a dreadful and dreaded experience for children—and we can thank Dr. Seuss for that.

Dr. Seuss wanted to give kids books that they wanted to read, not books that adults thought they should read. That’s a seismic shift in the way writers for children viewed their audience. And it mostly prevails today.

If you were to ask me who his heir apparent is, I’d actually point to J.K. Rowling. She doesn’t write specifically for the age group that Dr. Seuss did, but she writes smart, fun books that kids want to read, and she brought young people the same absolute joy of reading—that desire to actually want to pick up a book and read—that Dr. Seuss did when he changed everything in 1957 with the publication of The Cat in the Hat, a book with teacher-approved vocabulary list that both parents and their children loved to read.

And finally, if you were to ask Dr. Seuss himself what his legacy might be, he would give you one of two answers. First, he would likely say he was proudest of the fact that the chaotic Cat in the Hat had eventually swept Dick and Jane and their lives of quiet desperation right out of the classroom, ensuring that primers would no longer be such a disheartening chore to read.

And his second, humbler answer to “what is your legacy?” would be, “just to spread joy.” Mission accomplished there, too.

A: For biographers, who’s next? is the most terrifying question we get—and I hate not having an answer to it. This is the first time in 10 years that I haven’t really known what’s next.

I’ve written about creative geniuses in print, television, and film – I’d like to look at similarly kinds of groundbreakers in other fields. I’ve got a few ideas, but I’ve got some work to do at the moment to see if I can make them go anywhere.

A: Fun fact: If I Ran the Zoo marks the first appearance of the word nerd in print—though in that book, it’s merely a Seussian name given to a Seussian bird. But the definition would evolve quickly. So, to my fellow nerds everywhere, let us pay homage to one of our Founding Fathers, Theodor Seuss Geisel.

--Interview with Deborah Kalb. Here's a previous Q&A with Brian Jay Jones.
Posted by Deborah Kalb at 6:03 AM