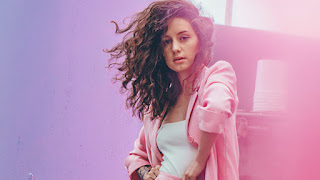 Olivia Gatwood is the author of the new poetry collection Life of the Party. She also has written the chapbook New American Best Friend, and her work has appeared in a variety of publications, including Muzzle and Winter Tangerine. She lives in Santa Cruz, California.

Q: In Life of the Party's Author's Note, you discuss your preoccupation with true crime stories: "I am pummeled by stories of missing girls, murdered girls, women killed by their revenge-seeking former boyfriends, and it becomes increasingly difficult to call the murder of women 'rare.'" How did you come up with the idea for this poetry collection?

A: A poetry collection is just physical evidence of whatever a writer is obsessed with, I think. In that way, it wasn't an idea. It just was. It was what I had to do, it was the only thing I could say. 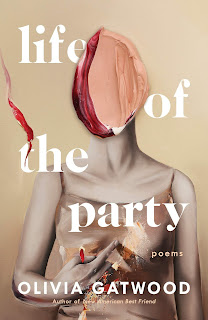 A: Life of the Party is the last line in the first poem, “Girl,” which I think functions as more of an anthem than anything else. I wanted the title to be something playful, something exciting, to offset how - quite frankly - sad the book is.

But it's also commentary on the phrases people always say about dead girls. Since writing the book, so many people have sent me articles about murdered women that describe them as “the life of the party.” I'm curious about these recycled phrases - I think they function often - whether a consumer realizes or not - as a signifier that this is the girl you should mourn. The girl everyone wanted to be friends with, the girl everyone wanted to be.

A: It took forever. Not only is it a long collection of poems, but it's one that relies heavily on a sensical narrative arc. What it came down to was really looking at the poems as memories and remembering how they happened and in which order. 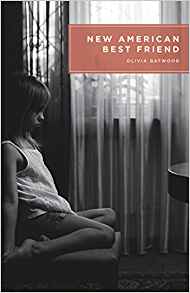 A: I want people who don't or haven't experienced the things that this book talks about to use this book as an opportunity to learn about an experience of the world that they, personally, play a role in and can help to alleviate. And I want the people who do see themselves in this book to know that they are not irrational or alone.

A: A novel that sort of walks the line of horror. I've never written horror before and it is so much freaking fun.

A: I'm going on a nationwide tour this September and I'll probably be in a city near you. You can get tickets here.