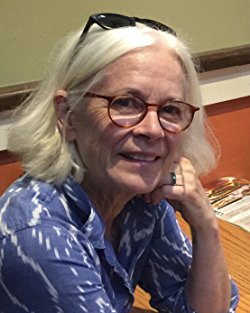 Q: Did you know before you set off on your first cross-country bike ride that you'd write a picture book about it?

A: When we set off from the Oregon Coast in 2011 on our seven-year, segmented, XC bicycling adventure, I never considered that I’d be writing a picture book about it.

I think it was during a red ant attack somewhere in the middle of Kansas in 2015 that enough crazy, funny stuff had happened to us that I began to consider which parts might fit into a book for our grandkids to remember us by someday.

It isn’t my first picture book, though. In the spring of 2004 my daughter, Kita Helmetag Murdock, and I co-wrote, and I illustrated, a picture book entitled Cecily Cicada.

We wrote it in two days, and I finished the somewhat crude drawings in a week. The 17-year Brood X cicadas were due to invade D.C. and there was no time to spare to cobble a book together and self-publish in time.

My granddaughter was two at the time, and terrified of bugs. We couldn’t find a book to explain the phenomenon to small children, so we wrote it for her on the back of a Cheerios box while the child slept in the back of the car on a long road-trip.

That hastily made book was a surprise success that summer, selling over 9,000 books, mostly in the D.C. area. We had our 15 minutes of fame with articles in The Washington Post, radio interviews, and even a local television spot. But then the bugs went underground for another generation.

It all seemed a fun fluke that could never be replicated, as it was born of inspiration and need - all while the bug-phobic little girl slept. Ironically, several thousand cicada books hibernate in my basement, waiting until 2021, and the next Brood X invasion.

After that initial success I dabbled in short stories and worked on a novel. Kita went on to write two YA novels. But nothing compares to the joy of writing about a subject that almost feels it needs to be written. And doing it with a daughter was a plus. 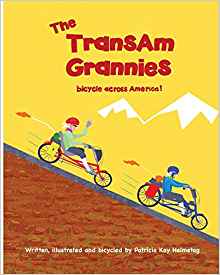 The TransAm Grannies bicycle across America was another inspiration, after finishing the biggest item on my bucket list. The writing came easily. Most of it was written while smiling.

A: The story part came easily, though whittling the initial draft down to under 800 words - a bearable bedtime story length - was a tough order.

I tried doing some drawings, but I have little experience with drawing, and it was overwhelming to think of having to draw 32 illustrations. I wanted it to look more professional than Cecily Cicada. (I think now we were blessed with a short deadline on that book.) I struggled with the correct medium, with the right look, with what felt like an insurmountable task.

I submitted my writing to agents. I sent it to an inexpensive Highlights service for review. I hoped it would be picked up and assigned to a professional illustrator. When that didn’t happen I contacted Maryland Institute College of Art to see if a student might like to take a shot. Nothing looked the way I envisioned it.

Finally, I researched drawing on the iPad - a last resort. I didn’t like the look of many recent children’s books that look too computer generated, so I was skeptical.

I had done graphic design for many years, but I was blown away by the new technology. With an app called Procreate and an Apple pencil I could make my drawings look any way I wanted. They could be watercolors, oils, ink, pencil - anything! In any color under the sun. With textures and overlays! If I made a mistake it could be instantly erased.

I could draw on my sofa, on a plane, at the coffee shop - anywhere! I was fascinated. Obsessed even. I began, and the 32 illustrations were done in about eight weeks. My grandkids even contributed a few details (a pizza box, a radio . . .) while on a family vacation.

Q: What does the story say about friendship? 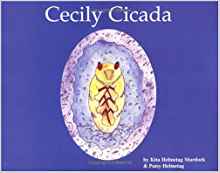 A: “Fill your life with adventures and cherish your friendships, like the TransAm Grannies.” This is what I write when I sign a book for someone.

Making and keeping good friends is one of the best things we can do for ourselves. It’s easy to let those friendships go. I’ve done it myself. A move, an argument, laziness, many things can make a friendship go off the rails.

But if you can hang on through distance and hard times, and if you can continue to share experiences beyond emails and meals together - real experiences - you’ll have given yourself the most sustaining and meaningful gift of all. A gift that becomes more meaningful with age.

A: I’ve had some folks tell me they don’t like the “granny” word in the title. It may be something to do with women dreading the idea of aging, finding it demeaning somehow.

Somewhere along the road Sally and I started referring to ourselves as the TransAm Grannies, and it just stuck. We certainly are a sight with our white hair, riding along on our weird, loaded recumbent bicycles, fully covered to protect ourselves from the sun - even down to our sun gloves and nose covers.

We get a lot of attention due to our age, and the unusual thing we’re doing. Having known each other since we were little girls we find it amusing to think of ourselves as we are now. We think it’s time for some granny empowerment, and we wear the title proudly.

A: I continue to edit, expand and revise my novel, based on my 25 years living on Lake Champlain in Vermont. It’s definitely on that bucket list of mine to have it published.

My “art shed” is calling to me to begin painting again.

I spend a lot of my time visiting my daughters and their kids in North Carolina and Colorado; drinking good coffee with my significant other, Garrett Mitchell; mowing the lawn, and walking my sweet beagle-mix around Annapolis.

A: Having completed the “TransAm” route, Sally and I are working on the return trip from east to west this time, on the “Southern Tier” route from St. Augustine, Florida to San Diego, California. We largely depend on the maps provided by Adventure Cycling Association.

An article I wrote about our multi-year system to doing long rides will be the feature article in the July Adventure Cyclist magazine. It’s aptly entitled “The TransAm Grannies.”

Our bikes are hibernating in a bicycle shop in Beaumont, Texas for the winter. The distances between towns there are problematic, and we turn 70 next year, so we’ll just take it as it comes. If we make it all the way, there could be a The TransAm Grannies Bicycle Back in my future.