J.E. Smyth is the author of the new book Nobody's Girl Friday: The Women Who Ran Hollywood. Her other books include Reconstructing American Historical Cinema from Cimarron to Citizen Kane and Edna Ferber's Hollywood. She is Professor of History at the University of Warwick.

Q: You write of Nobody's Girl Friday, “This book is meant to challenge and to inspire people who love Hollywood and believe in gender equality.” What first inspired you to write the book, and what do you hope readers take away from it?

A: When I started out – years ago – as an art historian at Yale, I got fed up when so much of the curriculum focused on celebrating the achievements of dead white men. So I changed majors and moved into film studies, thinking a younger cultural medium would be more gender inclusive.

But academic and popular understandings of film, and particularly Hollywood, were (and for the most part still are) focused on studies of great male directors (“auteurs”) and stylistic theories which claim the male gaze of the camera objectifies and punishes strong women.

It was assumed that women could only get jobs as actresses or secretaries in studio-era Hollywood. They were there to be looked at or to take dictation. It was depressing stuff to read. And I didn’t believe it.

Few historians bothered to look at the collaborative nature of film production during the studio system, or at the film industry’s employment of women (some estimates were at 40 percent).

In doing research in film archives, I found that quite a lot of women worked as writers, film editors, producers, executives, designers, agents, and journalists—and that sometimes, secretaries rose to the top of their business—not through trading sexual favors, but through hard work.

And these women loved their work, and the industry and the national press celebrated their achievements. There was a lot of camaraderie and support among these women too. Though American feminist historians often contend that feminism and discussions of gender equality vanished between 1930 and 1950, research on women in the film industry reveals quite a different story. It was a story I knew I had to tell.

There is a lot at stake in remembering these women and the Hollywood studio system which enabled them to succeed. Women were powerful film producers in the 1940s; women made up 25 percent of screenwriters; women ran unions, negotiated pay raises, won Academy Awards, and dominated entertainment journalism.

It was adaptations of women’s literature that made the most lucrative films, and producers catered to the female audience with films about independent working women. So why remember any of this?

It’s ironic that in the 1960s, after the “system” had fallen apart due to a combination of political and economic crises, the independent film productions in Hollywood became a closed male shop—it was a Hollywood of “Easy Riders and Raging Bulls.” Not much room for women.

Though women regained a foothold in the 1970s and 1980s as producers, only recently have women started to reclaim their creative power behind the scenes. 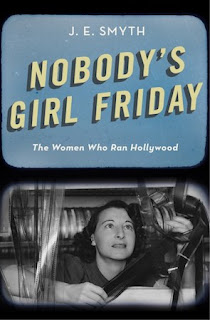 We shouldn’t just congratulate ourselves that things are finally changing for women in Hollywood. We should be proud of the earlier generations of women who ran Hollywood, and we should be angry that we lost so much for so many years.

Q: You focus mostly on the period from 1930-1950. What made this period different for women in Hollywood, and why did it end?

A: The first few decades of moviemaking in America saw many women working as directors, producers, writers, and stars. This is certainly another great period we should celebrate and not forget.

But too often, it’s assumed that women disappeared from the industry as soon as film moguls consolidated their business holdings in the 1920s, realizing how much money they could really make.

You can see where this argument is coming from ideologically: When capitalism truly enters the scene, women suffer.

Well, the women in the studio system embraced the system as their best chance for earning as much as men and being recognized for their creative power. They made the system work for them in the late 1920s, 1930s, and 1940s, and the industry publicly recognized their worth.

Many of Hollywood’s powerful women in the 1930s, such as story editor Kay Brown (responsible with Silvia Schulman for getting Selznick to buy Gone with the Wind) were college graduates from women’s colleges. They were committed to the Equal Rights Amendment and wanted economic independence.

Some such as Virginia Van Upp were daughters of silent-era Hollywood filmmakers and made use of all of their industry connections. More and more single and married women were entering the American workforce, and women’s white-collar jobs in Hollywood were some of the most stable during the Great Depression.

The trade and national press were sympathetic, and published many stories about the women who ran Hollywood, such as Screen Writers Guild president Mary C. McCall Jr. 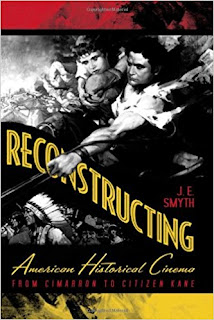 This was a period when the Equal Rights Amendment was women’s great political issue. When Roosevelt’s New Deal began to protect workers, Democratic women joined Republicans in arguing that it was time for women to stop being treated like second-class citizens.

This was a time when women across party lines talked to each other and were friends. That is certainly something to celebrate these days! Women also had allies in many Hollywood men.

The greatest surprise to me was Columbia mogul Harry Cohn, who employed more women as producers than all the other studios combined. Nowadays he’s remembered as a foul-mouthed, crass studio head. But as Mary McCall once said, “He might sock you in the jaw, but he would never stab you in the back.”

Q: You begin the book with Bette Davis and end it with Katharine Hepburn. Why did you choose to focus on them, and how would you compare the two?

A: When people put feminism and golden age Hollywood together, the answer is usually Katharine Hepburn. The public loves her now because she followed no rules and went her own way—usually against Hollywood.

But Hepburn admitted that she was not a feminist; she was out for herself alone. And she didn’t like Hollywood.

Davis, on the other hand, was committed to working with other women and to the cause of equal rights. She learned to play the game and work within the system to empower herself and other women. This is why I knew Davis’s story had to begin Nobody’s Girl Friday.

Davis was nicknamed “the Fourth Warner Brother” and was elected head of the Academy of Motion Picture Arts and Sciences. She later ran the Hollywood Canteen. She was consistently Hollywood’s most popular and cooperative star among American women. Even columnist Hedda Hopper loved her.

Throughout her career, Davis cultivated a network of likeminded women inside and outside of Hollywood. It’s the network and the social goals that make a feminist as much as her individual attitude.

But Hollywood’s great women of the studio system weren’t just glamorous actresses—most of my book is about women producers, writers, film editors, executives, and designers, and how they made the system work for them.

Hepburn was not particularly popular with audiences during the 1930s and 1940s, but unlike Davis, Hepburn’s career outlived the studio system.

Her popularity as a star and “feminist” role model really developed after the collapse of the studio system. Three of her four Oscars were awarded for work in the 1960s and 1980s.

And in many ways, contemporary popular admiration of Hepburn the feminist goes hand-in-hand with dismissals of the male-dominated Hollywood studio system. Both myths need to be examined more carefully.

Q:  What do you see looking ahead when it comes to women in Hollywood? 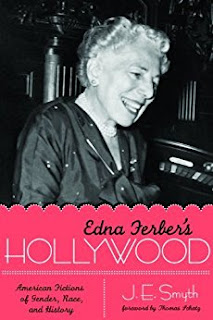 A: When Nobody’s Girl Friday went to the printers last fall, the discussion about women and gender equality in Hollywood was focused on equal pay for actresses and more female directors. Given how stagnant wages have been for ordinary workers everywhere, there wasn’t much sympathy for underpaid Hollywood stars!

Then Harveygate exposed other hideous obstacles women face on a daily basis. The repercussions have moved far beyond the experiences of a few actresses.

Interestingly, Harvey Weinstein blamed some of his criminal behavior on the culture of the 1960s and its widespread tolerance of violence and pornography.

I often wonder if the end of Hollywood’s self-censorship under the Production Code in the 1950s had something to do with the rise of toxic masculinity and entitlement among mostly white men in the Hollywood workplace.

I have high hopes for the #MeToo movement and for new gender equality initiatives in the film industry. But we are far from seeing the gender pay gap disappear, and women are still vastly underrepresented as screenwriters, editors, production designers, and directors of photography.

That said, Hollywood has more problems than gender inequity to deal with. And it’s not just declining theater attendance. Netflix, Amazon, and Hulu have changed what we see and how we see it. Marvel and Disney’s comic book franchises have the stranglehold on Hollywood content.

Add all the new female directors you want, but it may not matter so much anymore on a certain level. And sometimes, of course, women direct lousy films—just like men.

A: I’m writing the biography of Screen Writers Guild president Mary C. McCall Jr. Some of her story features in Nobody’s Girl Friday, but one chapter is not enough for one of the most powerful women in Hollywood’s history. Her daughters are remarkable women as well, and I don’t know what I would do without their great memories and generosity.

A: Contemporary film culture is focused on the director as a film’s author, but during the studio system, screenwriters and producers were far more influential in developing material.

Directors were assigned only when the script was ready and much of the cast and budget had been determined. And many of the top directors we now call “auteurs”—such as John Ford—did not edit their own films.

Many film editors were women who would be on set and call for protection shots, retakes, or close-ups. These editors were the ones who assembled the films, using their own artistic judgment in combination with producers. So those classic films you love look the way they do because of the decisions film editors made about continuity and rhythm.

Barbara McLean and Margaret Booth were two of the industry’s most powerful film editors. “Bobbie” McLean was known as Hollywood’s “Editor-in-Chief,” and her career features prominently in Nobody’s Girl Friday. She’s the woman on the cover, too!

Director-based authorship still dominates the way we see films. It drives retrospectives at Lincoln Center and the British Film Institute, DVD sales at Criterion, blogs, and university curricula. But there’s more to “classic” Hollywood than a bunch of dead white male directors. It’s time to recalibrate what we know about the history of Hollywood’s women.