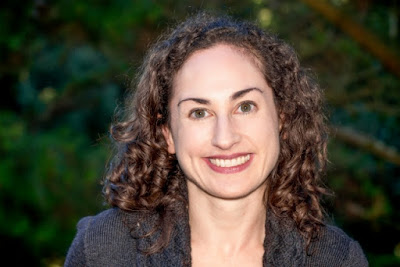 Holly Brown is the author of the new novel How Far She's Come. Her other books include Don't Try to Find Me and A Necessary End. She is also a marriage and family therapist, and she lives in the San Francisco Bay area.

Q: You write, “I suppose you could say How Far She’s Come was inspired by the 2016 election, though it was arguably the least inspirational election in history.” How did your feelings after the election lead to the creation of your character Cheyenne?

A: I was 42 when I started writing How Far She’s Come and my daughter was five; Cheyenne's 24 and just out of college, thinking only of starting a career and not a family.

I liked inhabiting someone who'd react differently to the election than I had, for whom it wasn't a personal blow. She's full of possibility. That was one of the things that felt hopeful to me about writing the book.

She's grown up being told she can do and be anything, and she's now coming up against limitations. She has to recognize that some of them are cultural and societal. But when she's knocked down, she's not going to stay there. She gets a hand up from surprising sources. Many fundamental shifts--like what's happening right now, in the post-Weinstein world--take collective action. 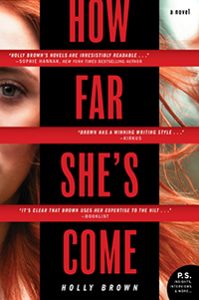 Q: The book is very timely, including various references to the #MeToo movement and other current issues. What do you think the novel says about the treatment of women in the workplace, and why did you choose a television network as the setting for the book?

A: Through Cheyenne and Elyse's stories--Cheyenne's contemporary, Elyse's from 1991--the  novel demonstrates that we still have a long way to go before women are free of roadblocks and landmines in the workplace.

I believe the #MeToo movement has legs, though, and there's more accountability now than ever before. We're fighting to change the larger culture that objectifies women and devalues their contributions, and that's going to inevitably change workplace culture, too.

The expression of sexism and sexual harassment is, in most cases, more refined than in 1991 but it's still pernicious (though sometimes it's as overt as it was in the Mad Men days.)

I chose the setting in part because of Roger Ailes and his Fox fiefdom; I didn't know anything about Charlie Rose at CBS, or Matt Lauer at NBC, and all the people who turned a blind eye, and toxic cultures that allow monstrous behavior to flourish. 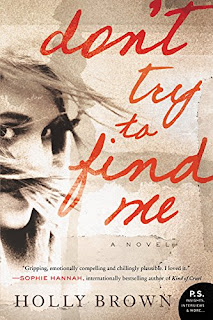 I feel like the media is a microcosm and reflection of society; no reporting can be entirely neutral, because no human can be. So broadcast journalism felt like a natural fit for the story I wanted to tell.

A: The book went through seven drafts in a year. I did a ton of research and I let that guide the plot.

The seismic events after the Harvey Weinstein story broke confirmed for me that I was on the right track: that it's not just individual monsters, it's about a culture that aids and abets them, that gets everyone looking the other way and thinking that disrespecting women is normal and beneath comment.

It's like that old expression about how fish can't see the water. I feel like we're all seeing how cloudy the water is these days, and that's a huge first step.

A: It was the phrase that came to me immediately, and I was gratified that it resonated with my editor and publisher as well. It signifies that we're all part of a thread of history, but history can make major leaps. We owe a great debt to the feminists who've come before; they've taken us a long way. Now it's about how far we can go. 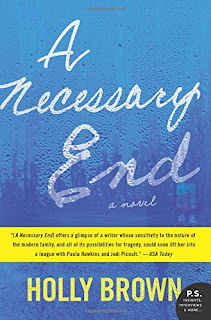 A: I've written three domestic suspense novels and enjoy that, but I've got tons of ideas for workplace thrillers. Different settings (some that are really underused) each offer their own potential for intrigue. Also, I love getting to act like a junior anthropologist and follow people around to see how they work. I've learned from How Far She’s Come that research can become inspiration.

A: This book was personal to me because of my daughter, but also because of the work I do as a therapist. By becoming more aware of what's happening in the workplace, I'm better at spotting what's individual pain and what's collective.

Sometimes people feel alone in their trauma but now they're coming to see what's crazy-making around them, and that's very empowering. I'm hoping my novel can do that, too.