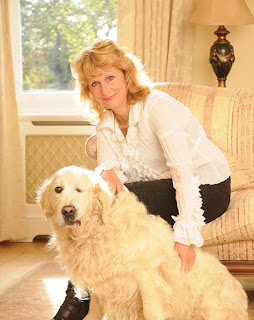 Amanda Robson is the author of the new psychological suspense novel Guilt. She also has written the novel Obsession. She worked as a medical researcher and co-wrote a book on cyanide poisoning. She lives in London.

Q: How did you come up with the idea for Guilt, and why did you decide to focus on twins?

A: I have wanted to write a triangular story, about two women, and the man who comes between them, for a long time now. This stems from the fact that I have very close girlfriends, and sometimes devilishly wonder what would happen if our relationships were stretched by a third party.

Even though I am not lucky enough to be a twin, I chose twin sisters because I imagine them to have one of the tightest female bonds possible.

Q: The novel includes the theme of sexual harassment. Why did you decide to include that in the novel, and how does this story relate to the #MeToo movement? 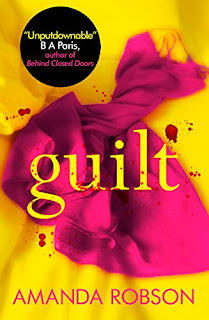 A: The idea of sexual harassment came into my head as it just seemed to be the natural Machiavellian power play that a damaged character like Sebastian would use.

Writing it came naturally, as I, like many other women, was sexually harassed at work as a young woman during the early ‘80s. It does relate to the #MeToo movement because it is my own way of saying #MeToo.

Q: You tell the story from several characters’ perspectives. Did you write it in the order in which it appears, or did you move things around as you wrote?

A: I wrote the novel quite deliberately in the order it appears. I love writing through different people’s eyes and continuing the story in that way.

Let me explain: Guilt begins with a stabbing, which leaves one twin sister dead, and the other accused of her murder. As well as different character perspectives, past and present storylines are intermingled to gradually reveal the reason for the fight, and at the crescendo of the book, the person who died. 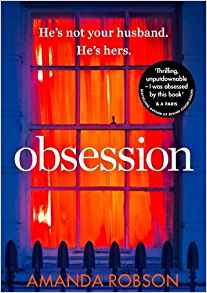 I very much enjoyed using this technique as I feel at every point of our lives we are experiencing a pivotal balance between what has been before, and the anticipation of what is still to come. And we all have a different perspective.

A: Yes. I plan my work very carefully before I start.

A: I’m writing my third novel, Envy, which is about a young mother adored by three people. One is her husband. Unfortunately, the other two are stalkers. But it is the publication of Guilt that I am super excited about right now.