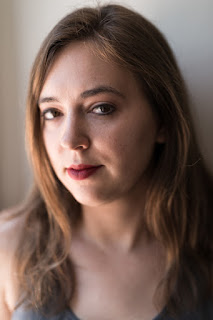 Adrienne Celt is the author of the new novel Invitation to a Bonfire, which is based on the marriage of the writer Vladimir Nabokov and his wife Véra. Celt also has written the novel The Daughters and the collection of comics Apocalypse How?. Her work has appeared in a variety of publications, including Esquire and The Kenyon Review, and she publishes a weekly comic.

Q: What inspired you to write a novel based on the marriage of Vladimir and Véra Nabokov?

A: Nabokov has been one of my favorite novelists since I first read him, back in college—his writing has a way of enlivening existence as only the best art can do. Heightening sensation, danger, pleasure, while still remaining grounded (for the most part) in reality.

I took a seminar on his work, and I'm sure every paper I wrote was just one big mash note to him; my enthusiasm has not really tempered with time.

Part of Nabokov's fascination, though, comes from his larger-than-life mythos. He was a pre-revolutionary Russian aristocrat; he translated his own novels and wrote fluently (brilliantly!) in multiple languages; he was a refugee; and then there is his famous marriage.

It's well known that Vladimir's wife, Véra, was devoted in a way that few spouses can aspire to: she did everything for him, from opening his mail to teaching his college classes. 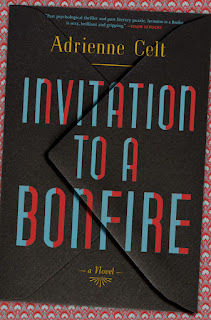 She's really become known as the ne plus ultra of female support for male genius, to the degree that she is known to have destroyed pieces of her own correspondence so that historians wouldn't be able to focus on her part of her husband's legacy. (Which kinda backfired, at least as far as my own interest is concerned, because what a fascinating thing to do!)

I wanted to explore what kind of woman—what kind of person—is able to subsume their own desires beneath the glory of another person.

Now, I should say that the characters in my book are only inspired by the Nabokovs, not based on them—I think that anyone familiar with Nabokov's biography would see the traces, but also the major deviations—and that's also true of the third important character: the woman who Leo Orlov (the famous writer in my novel) has an affair with.

Nabokov did in fact have at least one important affair, and finding out about it was part of the impetus for writing the novel. As curious as I was about Véra, I was equally curious about this other woman: who she would have to be in order to draw a man away from such a devoted wife, and what she would want or expect out of the situation.

It's easy to say, "Oh, he was famous, they both wanted to be close to his genius," but I think people are more complex than that. Especially at a time when fewer paths to power were available to women, I think there would be something intoxicating about wearing someone else's success as your own; accepting their worldview, and making it into the basis for your reality. 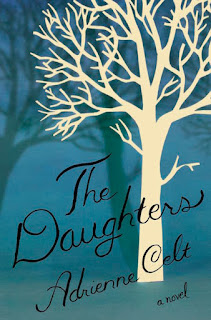 It's like learning the rules to a game, and then playing that game exceptionally well: even if the game itself is vexed, you can still win it if you follow the rules.

Q: You tell the story from various perspectives. Did you write the novel in the order in which it appears, or did you move things around?

A: A lot of the book was written in this exact order, but I did move a few things around. For instance, Lev's first letter to Véra was actually where I began the book, and I kept it that way for several drafts.

Eventually, though, it became clear that Zoya and Véra are the backbone of the story, and it so it made sense to reorganize things and give Zoya the opening.

My first novel, The Daughters, moved around quite a bit more, but it also took me longer to write, and I think the two things were connected.

This book came to me in a sort of a fever: from the beginning, I had a strong sense of what it was about and where it would go, and I hope that urgency is palpable to readers. That is to say, it was a lot of fun to write, and I hope it's also fun to read!

Q: Rufi Thorpe wrote of the novel, “Celt's writing is dangerous and fine, an impersonation of Nabokov's style so acute it caused my teeth to itch and an obscure ringing in my bones.” What do you think of that characterization? 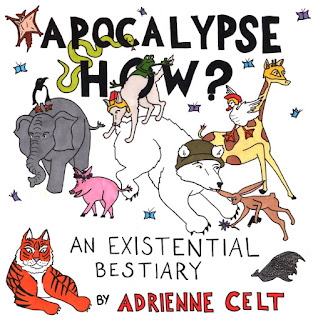 A: First off, I adore Rufi's work, so I was thrilled she wanted to offer a blurb.

Asking for blurbs is a really uncomfortable practice for most writers (even just saying the word "blurb" once or twice starts to feel ridiculous), because it's asking another busy artist to be generous enough with their time to not only consider your work for free, but to praise it. You're asking someone: Please be publicly nice to me. So when they are, it's quite a rush.

As to this particular characterization, I think it's wonderful, because it recognizes not only the quality of the writing but also its danger and urgency, which is an enormous compliment: I will say, a couple different people mentioned that they wanted to liken my writing to Nabokov's while also assuring me that the book stands on its own, and I think that's great, and fair.

I'm absolutely taking influence from Nabokov's work in this novel, in part because I'm always going to be influenced by writers I admire, but also because this book is directly inspired by his life and career; it would be disingenuous to say otherwise.

I'm not trying to be him, but I am definitely in conversation with him. I don't think a reader needs to know Nabokov's canon to enjoy Invitation to a Bonfire, but there are Easter eggs there for you if you do, for sure.

A: The title is partially a nod to a couple of Nabokov novels—Pale Fire and Invitation to a Beheading—but it's also meant to give readers an intuitive feel for what the book is offering to them.

To me, the title suggests seduction, but also danger and heat. A fire that lives in the body and the intellect, both. And not to give too much away, but there is at least one literal bonfire.

I had a teacher once who said the title of a book should feel both surprising and inevitable to a reader, and I hope this title is fitting in that way. 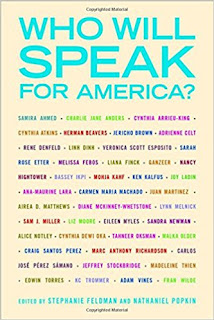 A: At the moment I'm working on a couple of large projects and a couple of smaller ones, all of which are in varying states of doneness. So I think I'll play this question a little close to the chest.

A: I contributed to an anthology coming out this year, called Who Will Speak for America? and edited by Stephanie Feldman and Nathaniel Popkin.

It's being published by Temple University Press in July, and has an incredible list of writers and artists attached to it: I think it will be a place of real hope and energy for readers. So keep an eye out for that!

Also, if you happen to be a Polish speaker, my debut novel The Daughters will be coming out with a Polish press around the same time as Invitation to a Bonfire is released.

--Interview with Deborah Kalb. Here's a previous Q&A with Adrienne Celt.
Posted by Deborah Kalb at 6:35 AM