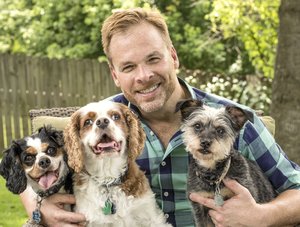 Greg Howard is the author of the new young adult novel Social Intercourse. He also has written the novel Blood Divine. He lives in Nashville, Tennessee.

Q: How did you come up with the idea for Social Intercourse, and for your characters Beck and Jax?

A: I wrote Social Intercourse for NaNoWriMo [National Novel Writing Month] in about five weeks and all I knew when I started was that I wanted to write a really funny, gay young adult romantic comedy.

The only other book I’d written before that was an adult paranormal thriller, so this was a huge direction change for me. I’d never really considered writing young adult before because I thought I was too old!

But after reading a few popular YA novels with gay main characters, I realized that there are so many different experiences and points of view, that mine are just as valid as the next.

I set the story in Florence, S.C., where I grew up and went to high school and tried to imagine how different things would be a for an out and proud gay kid there today, or how much it might be the same. I was NOT out or proud in high school, so Beckett is more of “who I wish I had been” rather than “who I was.”

The story evolved pretty organically, but I knew from the outset that I wanted the two main characters to be completely different, an oil and water type situation, which led me to create Jax. 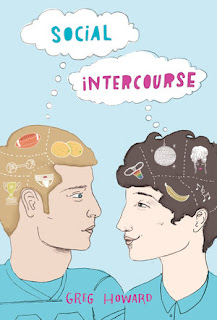 I was raised in a very religious home, so a lot of the conflict between certain religious factions in the fictional Florence and the students was second nature to me. It’s also a problem that still exists today in small Southern towns.

Q: You alternate between Beck's and Jax's points of view. Did you write the story in the order it appears, or did you focus on one character and then the other?

A: I wrote the book in the order it appears, alternating between the two characters. Beck and Jax each have their own personal stories to tell, but their lives and story lines quickly converge, and the story becomes theirs together.

But, still they each react very differently to what is happening in their lives. I really enjoyed exploring the different points of view of their shared story.

A: Originally the title of the book was Somewhere In Between, but the publisher (Simon & Schuster Books for Young Readers) wanted something more “memorable.” I chose Social Intercourse, in part, because of all the communication (and miscommunication) between characters in the book directly and through social media or texts.

Also, the title sounds provocative, which fits the tone of the book. Some in the publishing industry feel the book is a little racy for the young adult genre, but that’s just my style. I like to take things right up to the edge and I find irreverence for anything pretty amusing.

I certainly don’t mind ruffling a few feathers, but I really don’t think Social Intercourse is any “racier” that some young adult books in the market with heterosexual main characters. In fact, I think it’s less racy than some of those books, so I don’t really understand that thinking. 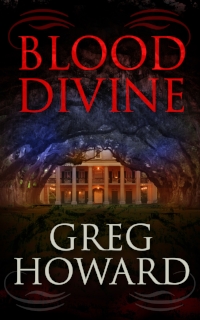 Maybe it’s because Social Intercourse is about queer kids. But that would be a double standard, so surely that can’t be it! (wink, wink)

A: I wish everyone could be as comfortable with themselves as Beck is, no matter if you’re gay or straight, or bi, or trans, or non-binary or whoever you are.

Don’t get me wrong, Beck’s not perfect, in fact, he’s one hot mess. But who he is, is one thing he is absolutely certain about and he makes no apologies for, nor should he.

But even more than that, I want readers to LAUGH and have a good time. The world is so nuts right now and there’re plenty of great books out there with a darker or more serious tone, but with Social Intercourse, if the reader closes the book with a chuckle and smile, I have accomplished what I set out to do.

A: I just turned in edits to my publisher for my first middle grade book called The Whispers coming out Spring of 2019 with Putnam/Penguin.

Other than having a gay main character, as well, The Whispers couldn’t be more different from Social Intercourse. It’s a mystery with a touch of magical realism and ton of heart. It’s also the most personal story I’ve ever written. I can’t wait for people to read it!

A: I like cheese and Reese’s Peanut Butter Cups. But not together.