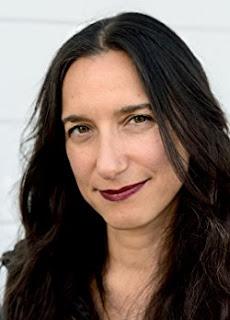 Melissa Stein is the author of the new poetry collection Terrible Blooms. She also has written the poetry collection Rough Honey, and her work has appeared in a variety of publications, including Ploughshares and American Poetry Review. She lives in San Francisco.

Q: LitHub called your new collection “at once a battle cry and a gentle reclamation.” What do you think of that description?

A: I loved that description. I think it captures well two of the forces at play in the book: fear and violence and grief and decay are set against lushness of language, lyrical beauty, redemption.

The book asks, especially for women, how do we respond to violence? How do we protect ourselves and find our power and at the same time, live fully and freely and compassionately? How fiercely can we notice and experience and cling to and love what’s around us?

Q: Over how long a period did you write the poems in Terrible Blooms, and how did you decide on the order in which they would appear?

A: Most of the poems were written over about four years, though there are several poems older than that. Arranging a manuscript is always so challenging—in every book there are so many possible books, and we have to choose one and let go of the others. 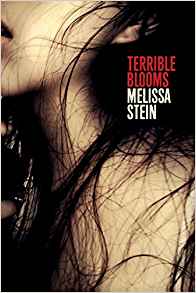 In my work as a whole I’m interested in putting disparate elements together to see what arises, and I feel the same about putting poems next to each other. In Terrible blooms, there are short, compact lyric poems and longer, more discursive poems side by side.

I love experimenting with both lyric and narrative poems, different forms and stanza breaks. Most of all, I love not knowing what comes next. Cultivating the unknown, creating possibility—a sense that anything could happen at any time—to me, that feels like hope.

A: I had Terrible blooms in mind early on in working on the manuscript; it comes from a line in the poem “Racetrack.” No other potential title seemed to fit quite as well, though I considered lots of them.

Like Rough Honey, it expresses duality and contradiction, light in dark and dark in light—the idea of awfulness spreading out like ink across paper, but also turning into some gorgeous petaled thing. It has a bit of a goth ring to it, too, which reminds me of my teenage days. And bloom is a term for a swarm of jellyfish. 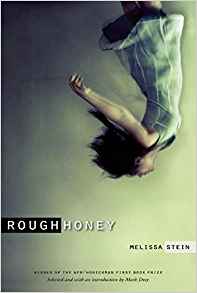 Along those lines, I had to find a cover image really quickly for Rough Honey when it won the APR/Honickman Prize and I vowed I wouldn’t be caught by surprise again. So years ago I found this amazing photorealistic painting of a split-open pomegranate and planned to use it for Terrible blooms whenever it was published.

But when the time came for the cover designer to work with it, it became clear that the square dimensions and composition just didn’t work for the book cover. I still love that painting! But at the same time, I remembered a photo by the Rough Honey cover artist I adored that wasn’t a fit for that book, and the Terrible blooms cover was born.

I’m tickled by the hidden continuity between the two books; most people wouldn’t guess they’re by the same photographer, Arielynn Cheng.

Q: Which poets have especially inspired you?

A: Usually I work poem by poem, and eventually they gain momentum and coalesce into a manuscript. I tend to resist beginning with ideas or concepts, as they seem to stop me dead in my tracks. (See above re. cultivating the unknown.)

A: I have a thing for cephalopods.