Tom Sancton is the author of the new book The Bettencourt Affair: The World's Richest Woman and the Scandal That Rocked Paris. His other books include Death of a Princess and Song for My Fathers. A longtime Paris bureau chief for Time magazine, he also has written for publications including Fortune and Reader's Digest. He is a research professor at Tulane University.

Q: You note that you've been intrigued by this story since 2010. What first interested you about it, and at what point did you realize you'd be writing a book about it?

A: I spent the summer of 2010 in France, at a time when the Bettencourt Affair exploded into the headlines. I became fascinated by this story of the L’Oréal heiress and the fortune she gave to this photographer and writer, Banier, whom I had never heard of at the time.

The daughter’s elder-abuse suit against Banier had triggered a major legal battle whose repercussions went far beyond her original intent, and eventually ensnared the then President Nicolas Sarkozy in what the press was calling a “French Watergate.”

When Liliane Bettencourt’s butler taped her secret conversations with her financial advisers, the leaked recordings revealed a Pandora’s box of secrets—illegal Swiss bank accounts, tax evasion schemes, influence peddling by a French minister, the threat of a takeover of L’Oréal by its Swiss minority shareholder Nestlé, and on and on.

Then there was the fascinating character of Banier, this charming rogue of an artist who had written bestselling novels and befriended the likes of Salvador Dalì, Johnny Depp, and Yves Saint Laurent before linking up with Liliane.

I just said to myself, what a great yarn this is. I proposed an article to Vanity Fair, which was published in the fall of 2010. After that, I followed the mother-daughter legal battle from afar as it wended its way through the courts.

When it finally went to trial in early 2015, my agent, Katherine Flynn, suggested that I propose a book for the U.S. market. I thought the subject might be too “French” for American readers, but Katherine’s instincts were right on the money: she eventually had six publishers bidding on it. 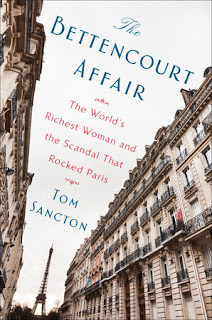 A: The research was extensive and varied. There were thousands of articles in the French press, and as of 2010 a half dozen French books on the subject.

I delved into the French national archives for documents on Eugène Schueller, Liliane’s father, and the founder of L’Oréal, who had been investigated as a Nazi collaborator after World War II.

Thanks to his money and influence, Schueller escaped conviction, but I found compromising documents showing he had actively collaborated as an informant for the German security services.

I did more than 60 interviews with principals in the case, their friends and associates, lawyers and judges, and fellow journalists who covered the story.

One of my greatest coups was getting my hands on the entire investigative file, not a public source by any means, and thus gaining access to literally thousands of depositions, documents, medical reports and legal briefs related to the case.

Included in that trove was an extensive correspondence between Liliane Bettencourt and Françoise-Marie Banier, which gave me a privileged insight into their unusual friendship. 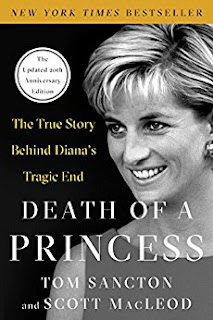 Finally, I was able to do extensive interviews with Banier and his close friends, which allowed me to see the “human face,” so to speak, of the multi-faceted character that many simply dismissed as a blood-sucking exploiter. There were many surprises along the way, but I was particularly struck by the complexity of Liliane’s relationship with Banier.

Q: How would you describe Liliane Bettencourt, and how would you characterize her relationships with her protege, Banier, and her daughter, Francoise?

A: Liliane was a woman whose childhood was shaped her mother’s death when she was five, and by the domination of her father, whom she adored and admired to the point of obsession.

At her father’s urging, she married a man she didn’t love, André Bettencourt, a closet homosexual who devoted himself to a political career funded by Liliane’s money.

She had a fraught relationship with her only child, Françoise, a timid introvert more interested in her books and her piano than in the active social life Liliane wanted her to pursue.

As Liliane advanced in age, she was increasingly lonely, unfulfilled, and depressed—until she met François-Marie Banier.

This exuberant and seductive artist opened the doors onto a whole new life, charming her with his witty conversation, taking her to art galleries, museums, the theater, introducing her to all kinds of interesting people she never encountered in her conventional bourgeois world. 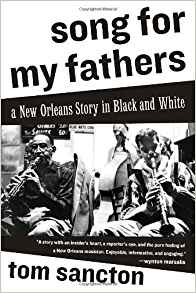 Liliane was smitten by him and by the exciting life he offered her. She showed her gratitude by showering money on him—always presented in terms of patronage to further his artistic career. There was apparently no physical intimacy between them—given Banier’s homosexuality and the 25-year age gap between them—but I would call their relationship a platonic love affair.

Those who imagined that Banier was just a cynical gigolo pumping money out of a batty old dame understand nothing about the relationship. He was hardly devoid of greed and self-interest, but he also had a genuine affection for Liliane.

To some extent she was a replacement for his own mother, who had neglected and mistreated him as a child. As I said, it was a complicated relationship—but fascinating.

Q: What impact has this saga had on France?

A: It certainly tarnished the image of the Bettencourts. Before the affair erupted, they lived discreetly and avoided publicity. The lawsuit exposed all their dirty laundry to the harsh glare of public opinion—Schueller’s collaboration, André’s wartime anti-Semitic articles, the family’s tax-evasion schemes, the illegal political payments, Liliane’s declining physical and mental health, Françoise’s blind jealousy of her mother.

And let’s not forget that Françoise herself is now under investigation for witness tampering. Not much glory in that for the once-proud Bettencourts.

The case also affected the political fortunes of Nicolas Sarkozy, whose 2012 re-election bid was compromised by the Bettencourt Affair and other legal embroilments.

Interestingly, though, the affair had no effect on L’Oréal’s fortunes, despite the negative publicity and the fears of a Swiss takeover. The company continued to post double-digit growth in spite of the 10-year legal battle that threatened to tear apart the founding family.

A: I’m still casting around for the subject of my next book. I suspect it will be based on another scandalous French “affair.” French, because I live in France now and have spend most of my adult life here—including more than 10 years as a TIME correspondent. And the French are so good at producing scandals.

I am currently delving into a long-unsolved murder case, but I’d rather not say too much about the subject until I decide whether or not to pursue it. Stay tuned…

A: Yes. I’m also a jazz clarinetist. But doing this book was so much fun that I plan to spend more time writing than playing music in the foreseeable future.