Jennifer Latham is the author of the new young adult novel Dreamland Burning. She also has written the novel Scarlett Undercover. She lives in Tulsa, Oklahoma.

Q: How did you first learn about the Tulsa race riots of 1921, and at what point did you decide to write about them?

A: I’m not exactly sure when I first heard about the riot/massacre, but it was definitely after I moved to Tulsa in 2003. The New York Times ran several pieces in the late 1990s about what happened, and I remember finding those online and reading them.

I wasn’t inspired to write about 1921, though, until I visited the Greenwood Cultural Center on a field trip with 7th and 8th grade students. One of the Center’s exhibits is a series of black-and-white photos of people who survived Greenwood’s destruction. Their eyes are so haunting in those pictures; I started thinking about writing Dreamland then and there.

Q: How did you come up with the ideas for your characters Will and Rowan, and did you always plan for the book to alternate between 1921 and today?

A: I don’t really have a pat answer for this one. Through the two-and-a-half years I spent doing the initial historical research for Dreamland, I’m sure there were character ideas percolating somewhere in my noodle.

But I tend to write my way into stories, and Will and Rowan evolved over the many, many drafts I wrote before the final storyline took root. The same goes for the plot’s alternating points of view. 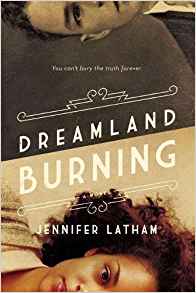 Initially, I tried to write a straight-up historical novel set in 1921. But as I worked on different initial drafts, stories of unarmed African American men and women being shot (with few to no consequences for their killers) dominated the news.

The parallels between what’s happening today and what happened in 1921 were too obvious to ignore. That’s why I built in the contemporary narrative.

A: My research began with historians’ recorded interviews of riot/massacre survivors. Once I felt grounded in the basic timeline of events, I went through the riot/massacre’s archives at the University of Tulsa’s Special Collections.

From there, I branched out to a variety of sources: voice recordings of survivors, the report of the 1999 Tulsa Race Riot Commission, newspaper and magazine accounts from 1921, the 1921 Tulsa Polk-Hoffhine Directory, Booker T. Washington and Central High School yearbooks from 1921, FBI documents from the Osage Indian murders of the 1920s, the Osage Tribal Museum, and even the title to our own house in Tulsa. 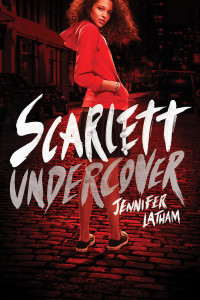 The title was really fascinating, because not only was the house built between 1920 and 1921, it sits on sits on land ceded to the Muscogee-Creek Nation by the federal government. The tribe then ceded the land to a 17-year-old Muscogee-Creek freedwoman, which means that the first person to own the property I live on was an African American/Native American teenage girl.

As for what I learned—well, the entire event was horrifying. But it’s important to know that there were African American residents who fought back heroically against the white rioters.

In particular, there were quite a few men living in Greenwood who had served our country in World War I and were experienced combat veterans. The fact that Greenwood was so thoroughly decimated is due to the fact that white Tulsans outnumbered black Tulsans ten-to-one.

A: I think the legacy isn’t fully developed yet; too many people are still learning about the riots/massacres that happened not just in Tulsa, but all over the country in the early 1900s. And the question of race relations is so complicated, multi-faceted and difficult that I think we’ll be grappling with it as a nation for a long, long time.

A: I’m one of those weird writers who can’t talk about works-in-progress until the announcement in Publishers Weekly forces me to! So, with apologies, I have to beg off of answering this one.

A: Not necessarily from me. But I hope that anyone who finds Dreamland Burning  or—more importantly—the events of the Tulsa race riot/massacre interesting will read more about it on their own.

In particular, I really, really recommend tracking down voice recordings of survivors telling their own stories. They are heartbreaking and inspiring and deserve to be heard.