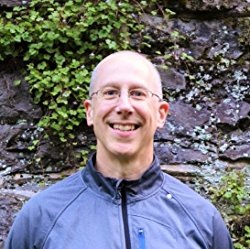 Matthew Hahn is the author of two new books, Distracted: How Regulations Are Destroying the Practice of Medicine and Preventing True Health-Care Reform and Staying Alive: The Signs That You Have to See a Doctor Right Now (and the Ways to Avoid Having to See One Again). He is a family physician and owns River Bend Family Medicine in Hancock, Maryland.

Q: In your book Distracted, you write, “I am witness to a tragedy. The once great American health-care system has fallen seriously ill. Millions of Americans are suffering the consequences.” From your perspective, what are some of the most important possible remedies to this situation?

A: Number one is a commitment to fixing the most basic three issues that affect patients. One is giving every person in the country open access to care. Two is making sure there is a reasonable hard cap on out-of-pocket expenses. Number three is making sure people have comprehensive coverage, access to medical goods and services, without impediment to access.

Once that’s part of it, my book goes into different approaches to make that possible no matter how you look at the political process.

With the traditional approach, we all talk about who pays for health care. It pits government against the private sector. What the book gets at is there are details we are not talking about that would make or break any of the approaches we’re talking about.

Q: So what are some of those details?

A: In general we just don’t have the building blocks of health care success. The system is fighting doctors, and patients from getting care. In my practice, it’s incredibly difficult to get paid for work in health care.

The first two chapters go through how a doctor gets paid for a basic office visit, how many places you can get denied or fouled up in the pursuit of $75.

Having a system like that creates distractions for physicians and creates inefficiency. The medical billing system has an array of people trying to administer basic payments.

Another is computerization in American medicine. In the early 2000s, people thought it would solve problems. Through government’s ignoring the issue and then destroying the issue, it turned out to be the exact opposite.

Most doctors using the system [feel it makes] it harder than when we had paper records. The demands made on our time [using this system] is another huge distraction… 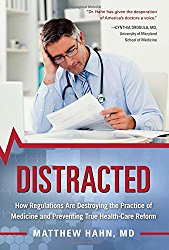 The focus of Obamacare was to get more patients to insurance. It was moderately successful. The problem is that modern insurance policies make it difficult for people to get care. Some have huge deductibles, some reasonable care is not covered. Insurance companies try to limit liability with all these prior authorization processes.

It can take my staff hours to order a CAT scan. I tell a story of a gentleman who came in with signs of a stroke. Twelve hours later I couldn’t get a picture of his head. I had to get on the phone and scream.

Usually the fix is quite simple. The devil is in the details. If you know the details, it’s easy to fix the system. We could get to a system where everybody is happy, there are fewer regulations and better, less expensive health care.

Q: What do you see looking ahead given the current debate on replacing the Affordable Care Act?

A: I see that if you look at recent history, Republicans and Democrats are going to fight tooth and nail and the system is not going to get fixed. Millions of Americans are going to suffer and die because we deny them health care.

What I’d like to see is people exerting pressure on elected officials so that they finally commit to fixing the system and not to partial solutions or complete reversals.

The thing we see in the office—it isn’t a vague political thing, we see people’s lives affected every day. It’s hard to take care of patients in a system like this. It’s difficult to watch from a human perspective.

One hundred years ago, we didn’t have the treatments, the diagnostics. [There were] differences across the income spectrum, but we were largely in the same boat.

Today, we have treatments and doctors, but we’re withholding readily available care. It’s a choice we’re making, a horrible…choice.

For me to sit in the office and know that despite the medicine to treat patient’s diabetes, we can’t get [it]—it’s extraordinarily demoralizing. It hurts in my soul to watch people suffer when the remedy is in my hand and I’m not able to give it to them. That’s what our politicians are perpetuating.

Q: What do you see as the impact of the Affordable Care Act on your patients?

A: It changed the winners and losers, the nature of the problems people are having. It didn’t solve them for many people. It’s harder to practice today than 10 years ago, despite the fact that people have insurance who didn’t before.

Modern health insurance isn’t the equivalent of having health care. It once was, 20 or 30 years ago…

That’s how it’s changed. It’s an interesting point that people don’t get. I see people defending Obamacare—more people have insurance. It’s not the proper way to look at it.

Q: You also have another new book called Staying Alive, in which you advise people on preventive care and describe symptoms that indicate someone should see a doctor immediately. What are some of the reasons people resist getting the right medical care, and how do you think your book might motivate them? 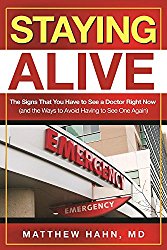 A: The middle section of the book is about the miracles of modern preventive medicine. As I was writing the book, a patient came in and said, Isn’t all medicine poison?

It’s complicated. I feel that to be treated for a disease, especially a chronic disease, is an admission of our own fallibility and mortality. The baby boomer generation was the first generation to be taught to expect a long, healthy life. Getting diagnosed with a disease like high blood pressure--this may not be true for each of us, but it makes a lot of people very uncomfortable.

You throw into the mix legitimate reasons not to trust every pharmaceutical company or medicine on the market—there have been controversial issues in health care including immunization. A lot of people are affected by controversies. They lean toward not wanting to risk the medicine.

When I started out in medicine, I told patients, take good care of yourself so you don’t have to go on a medicine. [Then] I saw you treat adults for [various problems and] stop seeing strokes. I take care of hundreds of patients with diabetes, and see few [facing] losing their limbs--the treatments are so effective.

I’m treated for blood pressure—I’m a runner, I exercise seven days a week, I’m a healthy eater. Despite that, I realized I can take medicine in addition to [following] a healthy lifestyle. It lowers the risk of a heart attack.

I saw a lot of patients who do not take wonderful care of themselves, despite my urging, but take their medicines and do [well]. The treatments exist and are miraculous. It’s a shame to see people not taking advantage of these things and suffering the consequences. I feel badly when someone does not get their cancer screening or have their blood pressure treated.

A: I have to get through putting out Distracted. I have ideas. This is a completely new and unique experience for me. I suspect I will—I’m jotting down ideas now.

The push to put these out took hold of my soul. In November ’14 I was so despondent over the election results I had to do something positive and get my mind off what was happening in the country.

Staying Alive was on my mind for a while, and it just started pouring out of me. Then the other topic, fixing health care, bubbled up to the surface. I was writing in all my spare time, especially weekends, for two straight years. I need a little bit of rest!...

It’s so hard to live in this time when it’s so hard to take care of patients. I’m concerned about our kids’ generation—when they need health care. That’s the focus now. I’d be surprised if I didn’t write again…