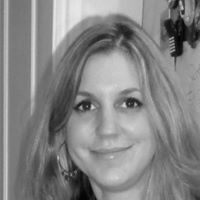 Claire Douglas is the author of the new psychological thriller Local Girl Missing. She also has written the novel The Sisters, and she has worked in journalism for 15 years. She lives in Bath, England.

Q: How did you come up with the idea for Local Girl Missing, and for your characters Frankie and Sophie?

A: When I was about 21 (in the mid-1990s) a girl from my street went missing after walking home from our local nightclub. It was a huge thing in our town - the police even came and interviewed me and the friends I was with that night as we would have arrived home around the time she went missing.

A few months later, in a different town not too far away, another young girl was murdered after leaving a club. Both these incidences really affected me and my friend and we promised each other that we would always make sure to leave a club together.

But it got me thinking about how I would have felt if it had been my friend who had gone missing. How would it have affected me all these years later? Would the guilt eat me up? Would I be desperate to know what had happened to her? The idea stemmed from there and the characters grew out of the story. 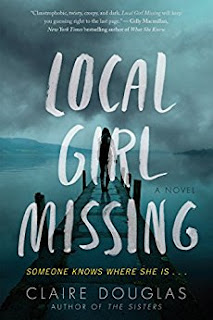 Q: The story takes place in a seaside town. How important is setting to you in your writing, and why did you choose this type of setting for the novel?

I loved the idea of a seaside town because, out of season, I find them very atmospheric, almost creepy, particularly in contrast to how they are in the summer when they are full of tourists holidaying and having fun.

I’ve always enjoyed reading novels with a strong sense of place and I wanted to create the same in my own stories. Oldcliffe-on-Sea is based on Weston-Super-Mare, a seaside town near where I grew up and where we used to visit often.

It also has an old, run down pier that sparked my imagination as soon as I saw it again. I just knew that this pier had to feature in the book and be the place where Sophie disappeared.

A: I don’t like to plan too much, but I can’t start a novel until I have worked out a) who the culprit is, b) how it’s going to end and c) what the main twist will be. I let the smaller twists, turns and sub-plots come to me as I write.

Saying that, I did make a last minute change to Local Girl Missing right at the end - the epilogue was initially from a different character’s point of view. I don’t want to say anymore just in case I give the ending away! 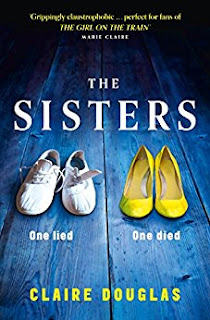 Q: The story includes the perspectives of both main characters. Did you switch back and forth between them as you wrote, or did you write one character's scenes first?

A: I really enjoy writing in two perspectives, as it gives me the chance to explore different voices. I wrote each character’s section in order, mainly because I find it really difficult to write a story out of synch so I switched back and forth as the novel progressed.

But in the editing stages I made sure to read through each character’s chapters separately to refine each voice and make them sound different.

One of the ways I tried to distinguish the two voices was to have the Frankie chapters in the second person and Sophie’s chapters as diary entries - I wanted them to feel young and chatty. I always kept a diary when I was Sophie’s age and I enjoyed reading mine back to remind myself of the songs, the styes and the phrases I used around that time.

A: Last Seen Alive - my new psychological thriller - has just come out in the UK. It’s about a married couple who decide to do a house swap but they soon realise they’ve made a mistake when they find something very disturbing.

I’m currently writing my fourth novel which is about a family that relocate to the Brecon Beacons in Wales to set up a guest house, but it all goes wrong when one of the guests is found murdered.

A: I live in Bath with my husband and two children. I write from my kitchen table on a laptop and I drink too much tea!