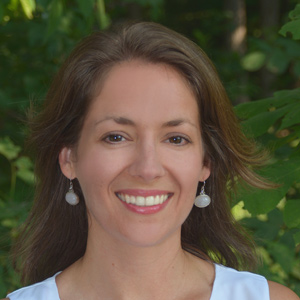 Melissa Scholes Young is the author of the new novel Flood. It takes place in Hannibal, Missouri, the childhood home of both Young and Mark Twain. Young's work has appeared in a variety of publications, including The Atlantic and The Washington Post, and she teaches college writing and creative writing at American University in Washington, D.C. She lives in Maryland.

Q: How did you come up with the idea for Flood, and for interspersing historical information about Mark Twain into the story?

A: Flood began as the story of Rose and Laura’s friendship. I wanted to write a female version of Huckleberry Finn and Tom Sawyer. These are friendships with so much history you can’t quit them, even as you covet what the other has. Laura and Rose have known each other their whole lives and they’ve stayed deeply connected even with distance and differences.

At the same time, I was researching the history of the Mississippi River and its running backwards in 1812 because of a series of earthquakes along the New Madrid Fault.

Growing up in Hannibal you hear stories about it, but the facts of how the river determines our daily life, as it did for Mark Twain growing up there, are fascinating. Once I realized the parallels between Twain’s story and Laura Brooks, I intentionally wove them together.

I needed another character, Laura’s high school English teacher, Ms. B, to teach the history as a book within a book for the local Tom and Becky pageant contestants. I wanted Ms. B to be an outsider shining a light on the literature for the insiders. When you grow up in a place like Hannibal, you may not realize that the history all around us is magical and mythological. 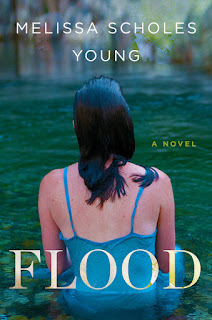 Q: Laura returns to her home town, Hannibal, after a decade away. What do you think the book says about coming home again?

A: It’s just as tough to leave as it is to return. For Laura, Hannibal holds secrets that she doesn’t want to face. Coming home again forces her to reconcile the stories she’s been telling herself about why she left with truth.

I think, like Laura, we all want a soft place to land, but sometimes home isn’t so safe. It’s not that home has changed; it’s that you have. You’re forced to consider home through your new perspective and see it more clearly for all that it offers and limits.

A: The flood in 1993 was a 500-year crest. It was devastating for Hannibal and all Mississippi River communities. I wanted a decade to have passed for Laura Brooks to grow and to reflect on why the river both gives life and threatens to take it away.

Q: Besides geography, what connects Laura with Mark Twain’s characters?

A: I think they’re both a bit unsatisfied. They ask questions and push back against the way things have always been done. I doubt either of them will ever feel completely comfortable wherever they roam.

A: My new novel is called Bug Girl. It’s the story of succession in a family pest control business. There are four daughters and a matriarch, so really it’s Little Women with bugs.

I also continue to write essays about first-generation college experiences. And I’m editing a volume of fiction by D.C. women, Grace in Darkness. It’s the eighth volume in the Grace & Gravity series founded by Richard Peabody.

A: Mark Twain said, “Travel is fatal to prejudice.” I’ve learned a lot from leaving, coming home, and finding new places. D.C. is an amazing place to be a writer. The literary community is rich and generous. Our independent bookstores are lovely. I’m grateful to have roots in Hannibal and a foundation in D.C. from which to grow.