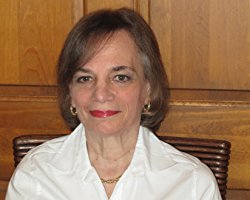 Toby G. Kleinman is the co-author, with Daniel Pollack, of the new book Domestic Abuse, Child Custody, and Visitation: Winning in Family Court. They also have written Social Work and the Courts: A Casebook. She is an attorney in New Jersey and a partner in the law firm Adler & Kleinman.

Q: Why did you and your co-author decide to write this book, and who do you see as your readership?

A: Speaking for myself, I wanted to give protective parents a way to understand the family court system and to protect children that need its protection.

I’ve been practicing law and doing work on behalf of protective parents and primarily battered women for a long time. It’s mostly women who are battered. My career began before I was a lawyer, when I served on the board of a battered women’s shelter in New Jersey.

I helped write the statute [the Prevention of Domestic Violence Act] in New Jersey before I was a licensed attorney. I knew I wanted to work with battered women. I was super-optimistic. I believed the system was designed to work for women and children. I saw the law come into effect and watched.

Once I started doing restraining orders, I saw children thrown into the mix and I realized my focus needed to be on the kids, protecting the children. I saw very quickly that though the laws are in place, they didn’t protect the children where the judges didn't. I expanded my legal practice to other jurisdictions and I saw it was the same system all over.

The book Broken Family Court, which came from a conference of the same name, explains very well how the family court system is broken in many ways. 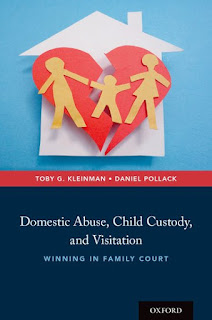 So, many years ago I decided I would start to write this to try to help women, mental health professionals, evaluators, and others in the mental health field so they could learn how to deal with the system and protect their clients, themselves, and their children.

Q: What do you hope readers take away from the book, and what reactions have you had so far?

A: It’s my hope that every person going through the system and has a child they feel needs protection, or if they need protection, will read this book.

It’s a roadmap on how to get through the system in the most successful way, an explanation of how the court looks at things. Women often think a judge will understand what they have been through, but they don’t.

We know kids suffer deep effects from violence in the home. I hope everyone going through the system will get their hands on this book and give a copy to their lawyer. Lawyers are taught to be reactive but this book teaches them how to be proactive and when.

I have had a wonderful response to the book. My hope is now it’s out it will get around, and people will give it to others to read.

Q: How did the two of you work together on this book?

A: Dan and I had worked together on another book, Social Work and the Courts. We work well together; our backgrounds are very different. He’s a professor and a licensed attorney; I’m an attorney and an adjunct in a psychology department. We come from slightly different perspectives. We prompted each other. 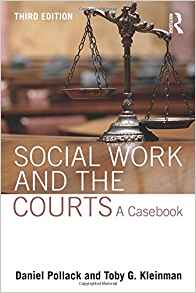 Q: Do you see changes over the years in how the court system approaches these cases?

A: I see more cynicism, sadly. When the law in New Jersey was enacted, in 1982, my sense was that at that time people were first coming to understand battered women and were eager to protect women.

According to a Department of Justice-funded study done by Daniel Saunders, upwards of 70 percent of women who raise the issue of child abuse during a custody matter lose custody of the children to the named perpetrator.

In the New Jersey domestic violence act, the preamble to that act says the children, even when they are not physically injured, suffer deep long-lasting effects from violence in the home. They are victims of that violence even when no one lays a hand on them.

A: I’m working on one, but I’m not very far along.

Q: Anything else we should know about your current book?

I don’t want them to give up on the system. Judges are overworked, which is not an excuse for handling things poorly. I would like people to not give up, and continue to fight for making a system that works for women and children.

Mental health people often feel helpless, and the book can help them help their clients. They can come to court and testify on behalf of their clients  even if they have not done a forensic evaluation.